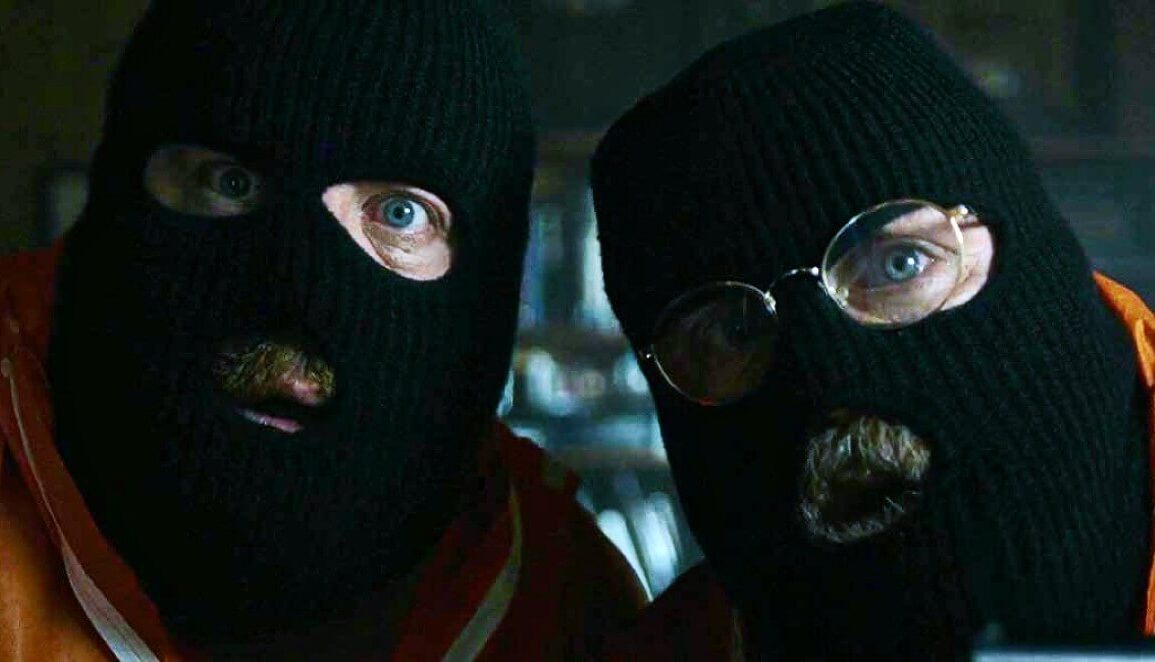 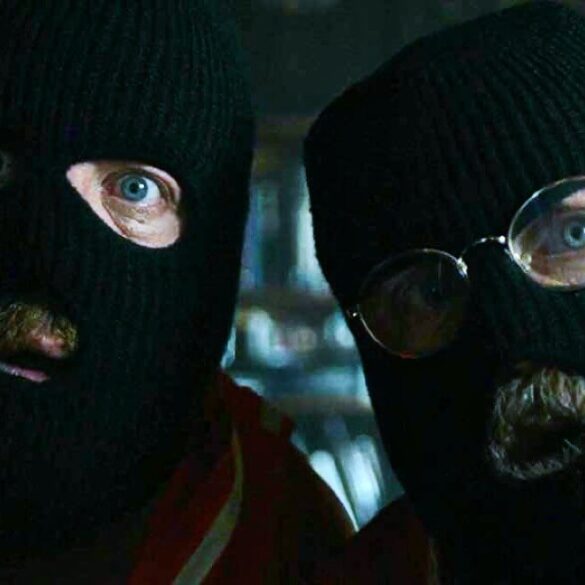 It’s an old story but a familiar one.

What’s unexpected is the pairing of Shane Jacobsen and his brother Clayton.

I didn’t know Shane even had a brother, let alone one that’s a film director (sorry, Clayton).

You might remember the pair played brothers Kenny and David Smyth in the 2006 smash comedy Kenny about the port-a-loo business.

This time the siblings play brothers Terry and Jeff (no last name) in the 2018 film Brothers’ Nest, nominated for Best Original Screenplay and Best Indie Film at the 8th AACTA Awards.

Their mother sick and near death, they hatch a plan to kill their stepfather Rodger (Kim Gyngell), rather than see the family farm where they grew up pass to him.

She remarried when they were kids after their father committed suicide.

Mastermind, Jeff, the older of the two, has got it all worked out, right down to the last detail. Terry is not so sure.

With Rodger away visiting Mum (Lynette Curran) in hospital, they arrive early riding bikes and dressed in plastic coveralls, to prepare and lie in wait for his return.

Rodger is expected back around 7 o’clock that night because he has someone coming to pick up the family horse.

The plan is to stick Rodger in the bathtub, then throw in one of the old radios he collects, to fake his suicide.

The plan includes establishing an alibi, cleaning the house from top to bottom, writing the note and rehearsing the murder.

But, with time to kill, Terry starts to get cold feet.

An argument ensues when he discovers that Jeff is actually unemployed and may be facing bankruptcy.

Terry remarks that if he didn’t know any better, he’d have thought that Jeff had done this before, with every detail meticulously thought through.

Like an outside-in camping trip they have brought food and drink and, Jeff wars, they cannot use the toilet or any appliances because they could later show that someone was here.

And, just like camping, they must take everything with them when they go, including pissing into a bottle.

What if I want to take a crap? a speechless Terry asks.

“Unless you want to get your hands particularly dirty, you’ll hold it in like a big boy,” Jeff replies.

And so the scene is set.

Then, unexpectedly, as in not part of the plan, Rodger arrives home early and things go to hell.

Only one other actor and puts in an appearance and that is Sarah Snook as Sandy the woman who arrives to pick up the horse.

Brothers’ Nest is a thoughtful, slow-moving film, with most of the action taking place in and around the house, in the same room really and could easily be performed live on stage as a play.

Director Clayton Jacobsen said he is fascinated by the themes of family and validation, and wants his audience to become absorbed by what they are seeing — to live the story along with the characters.

He’s also a big believer that comedy and drama go hand in hand, but will be the first to cut a ‘gag’ if it feels it reminds the audience it is only a movie they are watching.

Brothers’ Nest demonstrates once again how the Australian film industry manages to turn out little gems on a shoestring budget.

The engagement comes from the story and characters.

It was written by Jaime Browne, with some input from Chris Pahlow.

Browne has worked on some of Australia’s most prominent primetime television shows.

His feature projects include the Australian drama The Mule, about a first-time drug courier, the TV crime drama The Straits as well as the excellent Graeme Kennedy bio The King.

You can catch Brothers’ Nest on Stan.

Did they really need the masks?