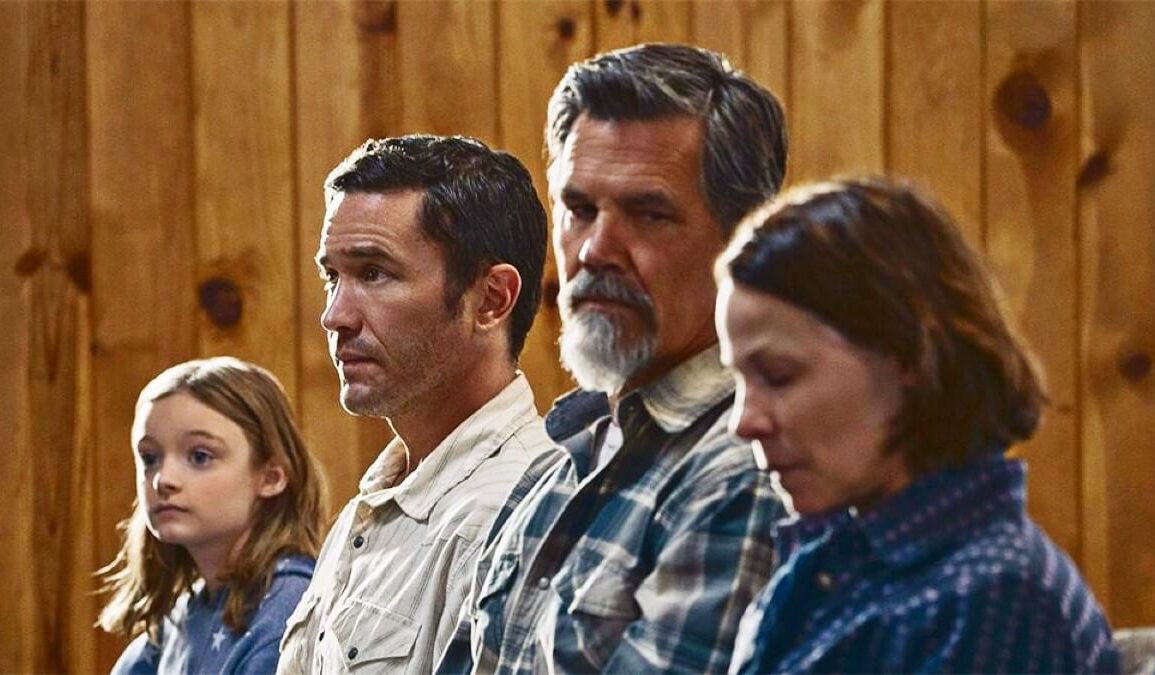 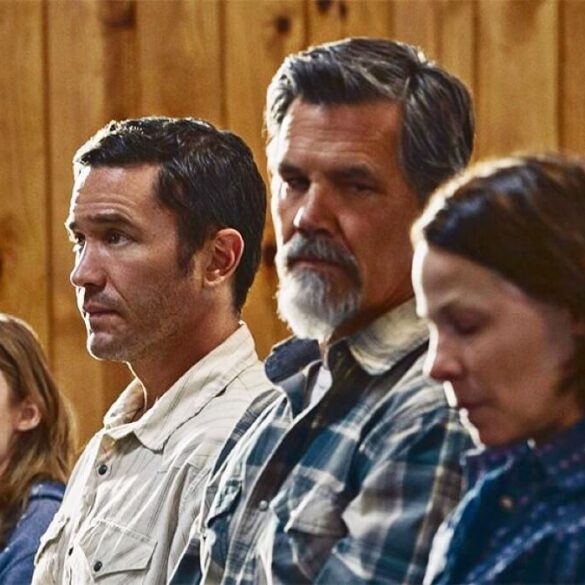 The Abbotts in church.
Watch it
3 min read

Home
Time out
Watch it
Outer Range: Watch your step

Not sure what to make of Outer Range.

It’s a weird mix of modern day western and X-Files, with some extras from Twin Peaks thrown in.

The series follows a Wyoming rancher who discovers a large, perfectly formed, ominous hole in one of his outlying paddocks — a void filled by an eerie, swirling, impenetrable mist.

The blurb describes the Amazon series as “an unfathomable mystery” set at the edge of the Wyoming wilderness.

Starring Josh Brolin, who is also an executive producer, Outer Range is the work of Brian Watkins, a young American playwright about whom little is known.

Brolin plays Royal Abbott, a taciturn, old-school rancher, who rides a horse rather than a noisy quad bike.

He’s struggling to make ends meet and fighting to keep his family together.

Perry has a 9-year-old daughter Amy (Olive Abercrombie), but in a family tragedy his wife Rebecca (Kristen Connolly) disappeared without a trace 10 years ago.

Rhett is an up and coming rodeo rider looking for his big break.

Enter neighbour wacky Wayne Tillerson (Will Patton) who files a claim for part of Royal’s land which he says is legally his.

Into this mix drops a young, attractive ‘hippy’ woman, Autumn Rivers (Imogen Poots), who asks Royal if she can camp on his land for a few days.

She’s got an agenda, but what is it?

As the story moves forward, it becomes obvious that Autumn is not the full quid and starts to lose her grip without her medication.

But if you think she is kooky, wait until you meet Billy Tillerson (the Singing Cowboy), who has a habit of breaking into song at inappropriate moments.

As tension mounts between the families, Rhett gets into a bar room fight with neighbor Trevor.

Perry steps in but loses control and kills him after Trevor makes a quip about his missing wife.

All fairly mundane so far, but then Royal stumbles upon the X-factor, an inexplicable, ostensibly bottomless hole on a remote section of his land.

When he extends his hand into the hole, he sees disturbing visions of the future, or is it the past?

Looking to get rid of Trevor’s body, Royal throws it into the hole.

Uh-ho . . . Autumn sees him doing it and so the plot is hatched.

Acting sheriff Joy Hawk (Tamara Podemski) is up for election and is eager to get results, even if they are not the right ones.

Outer Range is a slow burn and many viewers might in fact find it maddingly slow, but with the promise of finding out what the hole is all about — you’re likely to stick around.

The good thing is that Watkins manages to create a scenario that is quite different from anything else on the box at the moment.

There’s just the one season so far of eight 60 minute episodes, but there’s a good chance Amazon will produce more.

As far as we know, this is his first outing on the small or large screen.

Watkins reportedly wrote and pitched the first episode to Amazon who liked what they heard and was eager for more.

The one thing you can say about Outer Range is that it is not boring.

You can catch Outer Range on Prime Video.

CHECKOUT: Below: Take a deep breath

CHECKOUT: Man in the High Castle: You might notice a few Nazis