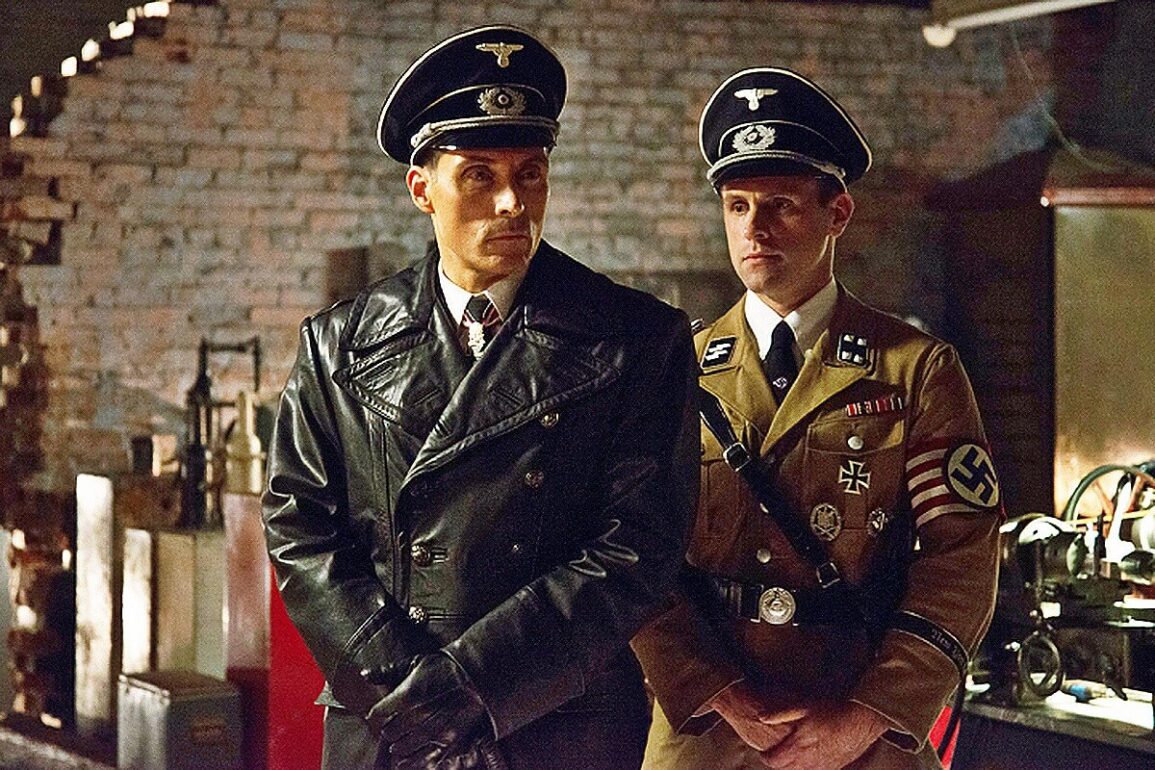 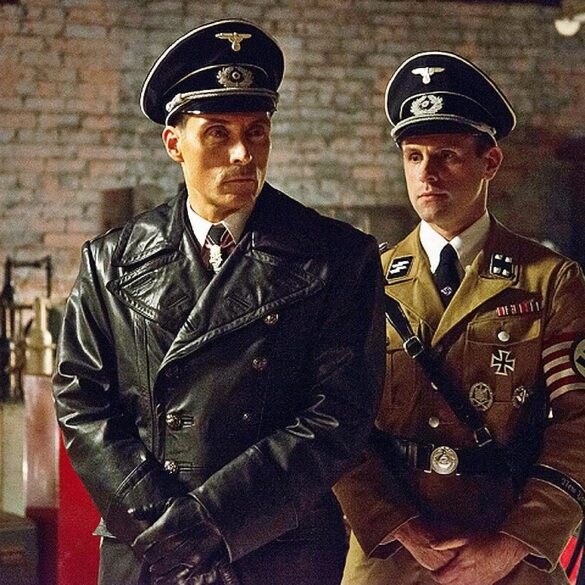 Home
Time out
Watch it
Man in the High Castle: You might notice a few Nazis

Welcome to an alternate reality and not a very nice one.

It’s 15 years after the end of the Second World War and it was Hitler who won.

A defeated United States has been divided, ruled by the victorious Germans and Japanese, with the Rockies forming a neutral zone between them.

From the creepy opening credits, with its haunting strains of Edelweiss, to the fascist regimes and their psychopathic lieutenants, The Man in the High Castle delivers inspired, compelling entertainment.

Loosely based on Philip K. Dick’s award-winning 1962 novel of the same name, The Man in the High Castle has been adapted to the screen by executive producer Ridley Scott and the X-Files’ Frank Spotnitz.

In this new reality that we are introduced to, the turning point in world affairs came with the assassination in 1933 of President-elect Franklin D. Roosevelt, which caused a continuation of the Great Depression and kept the United States out of the war.

Without the help and intervention of the Americans, the Nazis were able to go on and conquer the rest of Europe and the Soviet Union.

They continued to exterminate Jews, Romani gypsies, Slavs and homosexuals, pretty much anyone the Nazis considered sub-human.

Imperial Japan meanwhile expanded its colonial empire with the occupation of eastern Asia and Oceania, as well as invading the West Coast of the United States, while Nazi Germany assumed control of the East Coast.

The Allies (the good guys) surrendered after the Germans dropped an atomic bomb on Washington, D.C., bringing an end to the war in 1947.

The United States is divided into the Greater Nazi Reich in the east, with New York City as its capital, and the Japanese Pacific States to the west, with San Francisco as the capital.

Denver is the capital of the Neutral Zone.

The Nazis continue to hunt minorities and rigidly enforce a policy of euthanasing the physically and mentally sick.

The superior technology of the Germans is depicted by the use of video phones and Concorde-like “rockets” for intercontinental travel.

Despite all this the ‘resistance’ survives, spurred on by newsreels and home movies that show a different ending, that reveal Germany and Japan losing the war — created it is believed by a mysterious figure called the Man in the High Castle.

Novelist Philip K. Dick said that he imagined the story of The Man in the High Castle from his reading of the novel Bring the Jubilee (1953), by Ward Moore, which is an alternative history of the US civil war in which the Confederates win.

Dick used the I Ching to craft the themes, plot and story of The Man in the High Castle, whose characters also use the I Ching to inform and guide their decisions.

French born former model Alexa Davalos got her big break when she was cast as Kyra, the heroine in the 2004 futuristic fantasy The Chronicles of Riddick (2004), starring Vin Diesel.

In 2008 she starred as Daniel Craig’s love interest Lilka in Defiance, then in 2010 she scored the role of Andromeda in Clash of the Titans (2010), alongside Sam Worthington, Liam Neeson and Ralph Fiennes.

You might remember Luke Kleintank as Finn Abernathy in the TV series Bones, appearing alongside Emily Deschanel and David Boreanaz.

You’ll recognise Rufus Sewell who is outstanding as SS Obergruppenführer John Smith (but you may not be familiar with his other work).

While it is set in the Sixties, the look and feel of the show is really more Fifties.

The clothes they wear and music the listen to suggest the social revolution of the Sixties never took place — meaning no Beatles, no Woodstock, none of the above.

There’s also no mention of England, nor France in the first season and the Italians don’t get a look in either (and they were on the winning side).

Filming for the pilot took place mainly in Seattle, with sites featured including Seattle Centre Monorail, Paramount Theatre, a newspaper office in the Pike Place Market area, as well as various buildings in the city’s Capitol Hill, International District and Georgetown neighborhoods.

You can catch The Man in the High Castle on Amazon Prime.