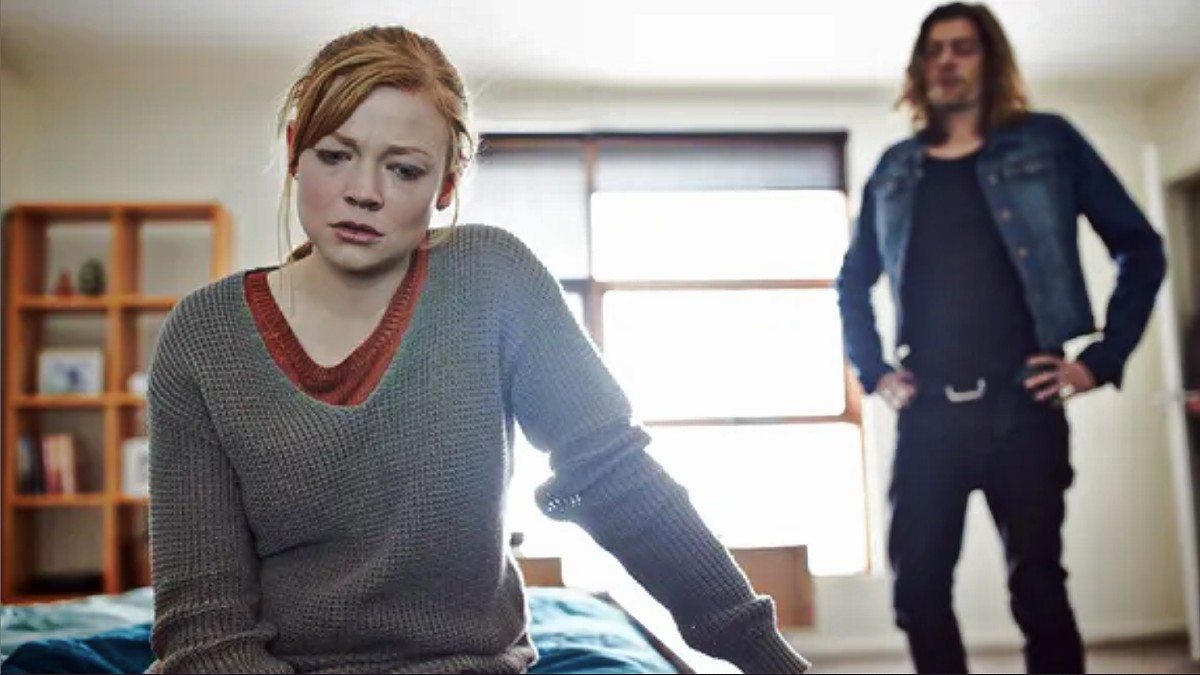 The Beautiful Lie: Seeing is believing

Home
Time out
Watch it
The Beautiful Lie: Seeing is believing

Married with a young son, Anna has everything you could want in life, everything it seems except for passion.

She is swept off her feet by Skeet, a young musician who ignites a flame inside that she finds impossible to put out.

Anna is prepared to risk the lot to be with him — husband Xander, son Kasper, family and friends, and all the perks that her wealthy lifestyle affords.

But from the start, it is evident that it’s never going to work.

The friction between them becomes downright toxic.

Then, to cap things off, Anna falls pregnant . . .

The Beautiful Lie is a six-part Aussie series, filmed in 2015 with a first rate cast.

It’s been described as a new take on the Tolstoy classic Anna Karenina.

The love triangle in this tryst consists of Sarah Snook as Anna, Rodger Corser as husband Xander and Benedict Samuel as Skeet.

The Beautiful Lie was written by Alice Bell who decided to turn Anna and Xander into sports stars to heighten the intensity of a wife leaving her husband.

It is directed by Glendyn Ivin (same surname) and Peter Salmon and produced by Endemol Australia’s John Edwards and Imogen Banks.

Corser is well known to Australian audiences from his starring role in Doctor Doctor, Snook and Samuel perhaps less so.

Snook hails from Adelaide where the red-haired actress was the youngest of three sisters.

She has worked extensively in film and television, with awards from the Australian Academy for Cinema and Television Arts (AACTA) for Best Actress in a Film, Predestination (2014) and Best Lead Actress in a Television Drama, Sisters of War (2010).

She has also appeared in many international films, most notably Steve Jobs (2015) and The Glass Castle (2017), as well as the Netflix series Black Mirror (2011).

You might remember Benedict Samuel from the soapie Home & Away.

He has also appeared in films and notable series such as as The Walking Dead, Secret City and Gotham.

The Beautiful Lie, filmed in Melbourne, gets underway as Anna flies in to sort out brother Kingsley, who has been caught being naughty with the Greek au pair.

Spirited wife Dolly (Celia Pacquola from Rosehaven) is understandably and volubly furious with him and walks out with the kids.

After sitting next to Skeet’s mother on the flight, Anna bumps into Skeet at the airport and the attraction is instant and tangible.

“It’s cool, man” Skeet walks out of his engagement party to Dolly’s dizzy sister Kitty, who is in turn devastated.

But the fallout gives longtime friend Peter just the opportunity he has been looking for to finally hook-up with Kitty.

Then the Ballantynes, Dolly and Kitty’s dazed parents, who don’t really know what to do. They are sisters, aren’t they?

Complicated? You bet, but it makes for terrific entertainment.

Skeet and Anna’s relationship is called into question when it’s Xander that Anna howls in the throws of labour — not Skeet.

But things really go to hell when Kingsley encourages Anna to attend Kitty’s engagement party to Peter (what was he thinking?)

Alone and isolated, dropped by her advertising agency after the bad press, Anna ponders her future.

What happens next will leave you speechless.

The Beautiful Lie is available to watch free on ABC iView.

Not sure how they arrived at the title, but the The Beautiful Lie is first rate Aussie drama.