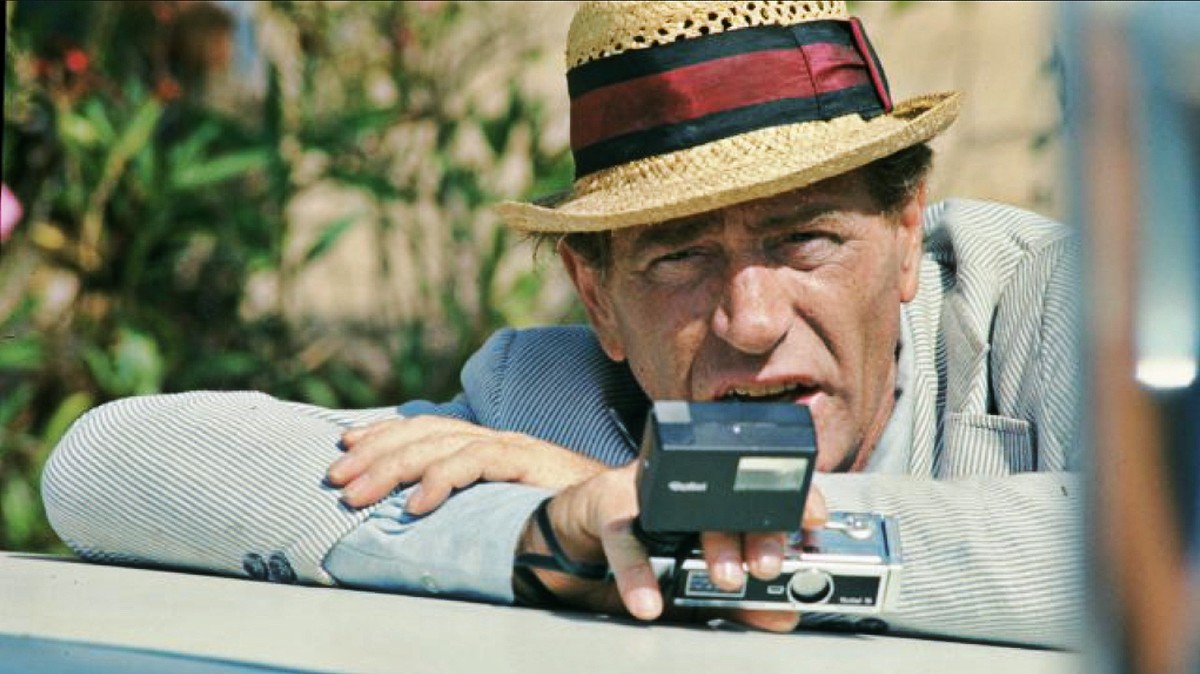 Home
Time out
Watch it
Kolchak said no to Bermuda shorts

When actor Darren McGavin was approached to play the lead role of Carl Kolchak in the 1972 movie The Night Stalker, the script called for Bermuda shorts, long socks and loud Hawaiian shirts.

McGavin apparently took one look at the script and said no way, that may be the way reporters dress in Las Vegas — but that wasn’t how he saw the role.

And so, one of the screen’s most endearing characters was born.

As a reporter for the Chicago branch of the Independent News Service (INS), Kolchak spends his time driving around Chicago in a tired yellow Ford Mustang convertible, dressed in trademark seersucker jacket, black knit tie, tennis shoes and a porkpie hat — a look reminiscent of the disheveled Peter Falk in the earlier Columbo TV series.

Kolchak is the police roundsman and chief ambulance chaser for the INS news service, armed with a police scanner, compact Rollei 16 camera and portable cassette recorder.

His stories always contain a supernatural element — whether its vampires, werewolves, or some other creation that threatens life and limb — his and others.

In it, a Las Vegas newspaper reporter named Carl Kolchak tracks down and defeats a serial killer who turns out to be a vampire named Janos Skorzeny.

The first movie, The Night Stalker, that screened in 1972, was a huge hit and its follow up, The Night Strangler, was also a big success.

A third movie was planned, but ABC decided instead to cash in on the success of the movies with the launch of an ongoing television series that went to air in 1974.

After some negotiation, McGavin agreed to return as Kolchak and also served as executive producer, though he was not credited as such.

Neither ABC nor Universal, however, had obtained Jeff Rice’s permission and so he sued the studio.

The suit was resolved shortly before the series went to air in the autumn 1974 season, replacing Toma on the network’s Friday night schedule.

The first four episodes aired under the title of The Night Stalker.

Then, after a month-long hiatus, the series was renamed and returned as Kolchak: The Night Stalker.

Although the series lasted only a single season and ran for 20 episodes, it rapidly achieved cult status and has remained very popular in syndication.

in 2005, X-Files producer Frank Spotnitz resurrected the series with a new cast and characters, along with novels and comic books.

But the new series bombed and was quietly cancelled after only six of the 10 episodes produced were aired.

The Night Stalker provided the first professional gig for Robert Zemeckis and his writing partner Bob Gale, who wrote the script for the episode “Chopper”.

David Chase, creator of The Sopranos, also worked on the series as a story editor — his first regular crew position in Hollywood.

Though Chase is credited on eight episodes as story editor, he also helped rewrite the remaining 12.

McGavin and others attribute much of the show’s quirky humour to his creative input.

Along with McGavin, the show featured Simon Oakland as Kolchak’s overbearing boss Tony Vincenzo who always seem to be bailing the hapless reporters out of trouble with the police.

The police of course dismiss Kolchak’s supernatural but valid theories out of hand.

It’s that old adage, however, if every other possibility has been discounted — then it must be true.

Nevertheless, there’s always a police cover-up after it’s all over.

Vincenzo’s hot temper often affects his blood pressure and digestion and he sometimes laments that he did not go into the family Venetian blinds business.

Another recurring character is Jack Grinnage  as Ron Updyke, a meek, rather effeminate rival whom Kolchak repeatedly refers to as “Uptight”.

A San Francisco native, Updyke is the opposite of Kolchak, always smartly dressed and hobnobbing with Chicago’s elite.

The series was cut short when Darren McGavin asked to be released from his contract.
He became disappointed with the shallow ‘monster of the week’ scripts and was exhausted from his uncredited producing duties.

In an interview, McGavin described Kolchak as a seeker of truth.

“That’s the initial springboard for the character and that’s what I always want to play,” he said.

“All the network saw were these cockamamie monsters.

“There are more bloodsuckers in Beverly Hills than you can ever put on television.

“Who knows what’s going on in the White house or big business or the halls of Congress or the oil companies.

“Kolchak really wants to get in there and expose all of the true monsters that are affecting our lives.

“He’s a kind of folk hero who’s battling the forces of evil that we can’t pin down ourselves and deal with.

“That’s what Kolchak told us at the end of every show.

Three scripts were left unproduced.
Two of them were adapted into a “Kolchak” series of comic books in 2003.
The first movie starred child model and blonde bombshell Carol Lynley as Kolchak’s girlfriend Gail Foster.
Lynley appeared on the April 22, 1957, cover of Life magazine as “Carol Lynley, 15, Busy Career Girl.”
Barry Atwater played the vampire Janos Skorzeny in the movie.
The series featured a variety of guest stars including the huge Richard Kiel who appeared in two episodes.
He’s best known as the killer “Jaws” in the James Bond movies.

Robert Cobert scored the music for the original television movies.

But another musician, Gil Mellé, wrote the music for the TV series, which begins with Kolchak whistling a mournful tune during the opening credits.

Mellé reportedly wrote the theme in 20 minutes flat, just before the opening credits were shot.

McGavin went on to win an Emmy for his later role as Murphy Brown’s father in the long-running comedy.

He was married three times.

He later married Melanie York in March 1944; a marriage that ended in divorce in 1969 — but produced four children.

His third marriage to actress Kathie Browne in December 1969, ended with her death in 2003.

Darren McGavin and producer Dan Curtis both died in early 2006, just one month apart from each other.

You can watch all 20 episodes of The Night Stalker for free on SBS On Demand until June 30, 2022.

Kolchak: The Night Stalker is still very watchable, if only for the engaging, even lovable Darren McGavin. Get it while it’s free.