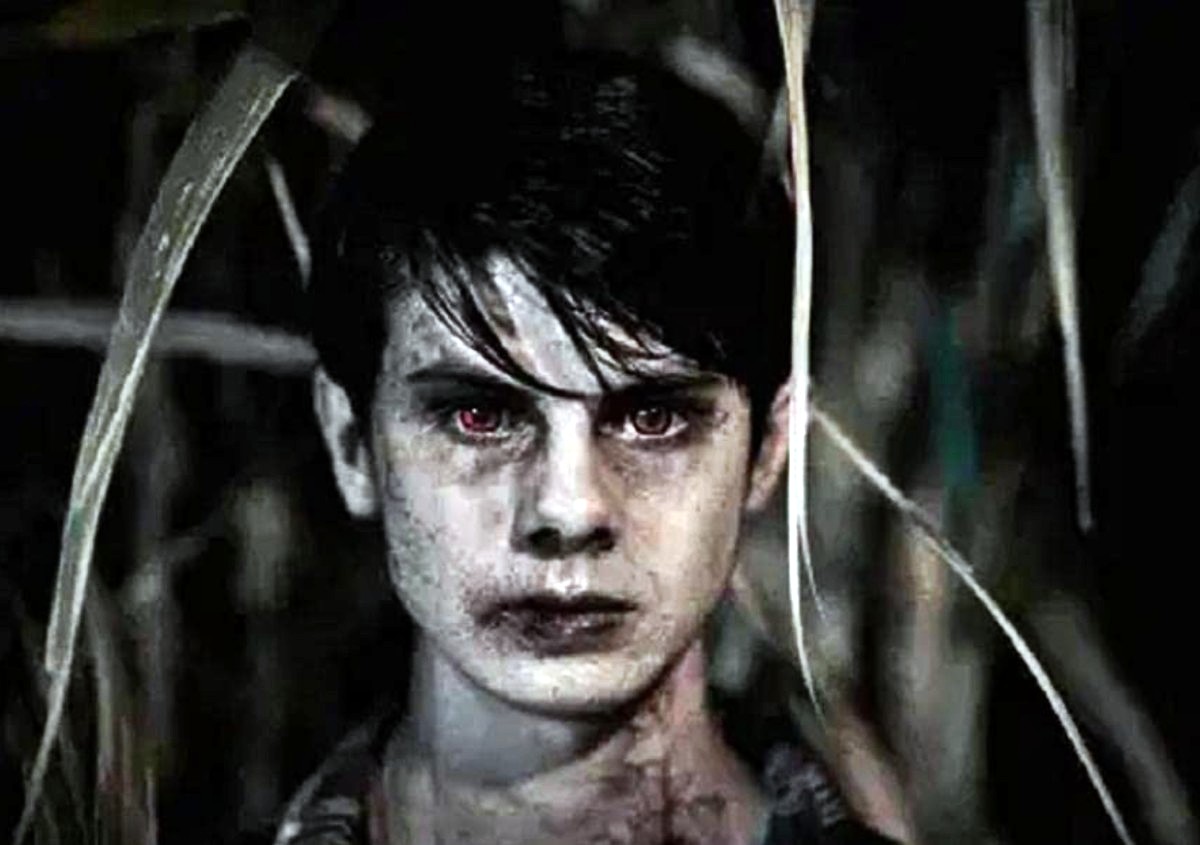 Billins is a town drowning in tragedy in the Aussie film Sweet River.

Five children drown when a minibus returning from camp veers off the road and into the river.

The only survivor is the driver who looks like he is slowly drinking himself to death.

Surrounded by impenetrable cane fields, Billins is also the home of a serial killer who claims the lives of another five kids.

One of those children is Hanna Montague’s four-year-old son Joey whose body has never been recovered.

Distraught and seeking closure, Hanna returns to Billins and rents a cottage not far from the house where the monster Lenny Simpkins once lived.

Unable to search cane fields that stretch “as far as the eye can see”, police have closed the investigation into the murders after the killer hangs himself.

But Joey’s DNA has been found at Simpkins’ home and Hanna is determined to find the truth about her son, it would appear at any cost as she succumbs to grief, drugs and alcohol.

The action gets underway as a man is attacked by something loud and terrifying after he runs off the road on the way home from a big night out at the pub.

Police claim he fell into a canal and drowned after stopping to urinate, but we know differently.

As it turns out it’s the same man bloke from whom Hanna has rented her cottage.

Neighbors John and Elenor Drake (Martin Sacks and Genevieve Lemon) tell Hanna she can stay on, but some of the locals would prefer she packed up and headed back to the city.

As the story unfolds it is revealed their daughter was one of those lost in the bus crash and Elenor is having a hard time dealing with the loss.

Hanna presses on with her investigation, finding that things are not quite what they seem and that official police story does not bare closer scrutiny.

And this is when things start to get a little weird. This is when we find Billins is in fact part of the Twilight Zone.

Strange red lights can be seen across the river, cars are fitted with red headlights and local residents carry torches with a red beam — even the Moon shines a watery red.

The film is an atmospheric mix of horror and tense psychological drama as two mothers struggle to deal with their grief in very different ways.

As tension mounts it will keep you guessing right up until the end.

Kay has appeared in a long string of UK productions, including Heartbeat and Silent Witness, and has worked on Aussie soaps Neighbors and Home and Away after moving to Australia.

She turns in a strong, engaging, heartfelt performance that will have you believing.

The movie also stars Aussies Martin Sacks and Genevieve Lemon, with support from Rob Carlton as the cop, Chris Haywood as the bartender Eddie Baroo as the busdriver.

The bearded Sacks also turns in a convincing performance as the broken Drake and Lemon is perfect as his distant, grieving wife Elenor.

Funnyman Charlie Chaplin had a darker side

Sweet River is based on an original story by McMillan, with a screenplay written by Marc Furmie and Eddie Baroo.

The director said he came up with the idea for setting the film in a cane town when filming tourism commercials several years ago.

“I think it’s an unexpected little Aussie thriller that isn’t a waste of time and I’m hoping people agree with me,” he said.

Sweet River is a bit of a slow burn, but well worth the investment and deserves to rate more highly the the figures suggest.

We’re looking forward to seeing what Justin McMillan comes up with next? Based on Sweet River, he’s on the right track.

Don’t miss Sweet River which is streaming now on Netflix.

Time out score for this Aussie sleeper