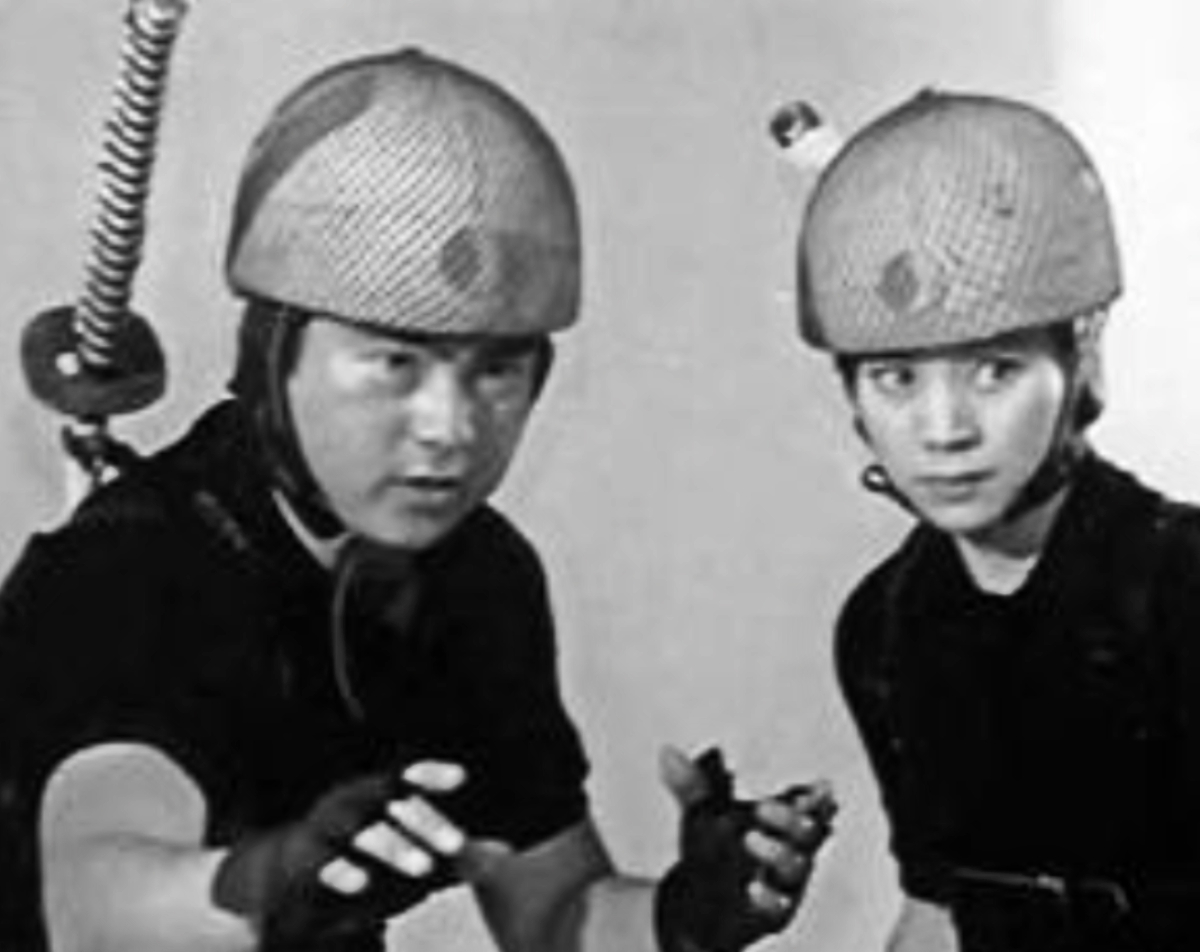 If you grew up up the 1960s then you’ll remember The Samurai TV series.

Chances are you’ll also also know what I am talking about when I mention Phantom Agents.

The concept was the same but it had a more contemporary setting, with characters dressed in military style uniforms, with a sword on the their back.

There’s a few episodes kicking around YouTube but as far as I know they have never released the series with English audio.

There was also a bloke selling some English episodes on eBay a few years back and I couldn’t help myself.

Funny thing is I’ve never got around to watching them.

Each episode started with Margo shooting someone, only to be chided by their leader Phantar.

“Margo! You shouldn’t have shot him. A gun is a last resort. Always remember, we’re Phantom Agents!”

Capitalising on the success of the Samurai series, 130 episodes were produced in black and white.

The Phantom Agents were modern day ninjas whose enemies were an organisation called “Black Flag”.

They wore old style motorcycle helmets and ran everywhere in single file, but later graduated to a Toyota Crown Saloon.

The Phantom Agents were armed with ninja weapons such as star knives and used guns “only as a last resort”.

Like ninjas they could jump great distances, usually backwards because that’s what happened when you ran the cameras in reverse.

But the thing I remember most was their ability to blend into the architecture, holding a sheet of cloth that allowed them to blend into a wall.

The Phantom Agents leader was Phantar played by Joh Mizuki.

The rest of the unit included Andar, Cordo, Zemo, and a female agent named Margo who was later replaced by Gina.

She’s the one who gets the lecture in the opening credits after shooting someone.

There was also a small boy agent, Tomba.

The Phantom Agents main rivals were: