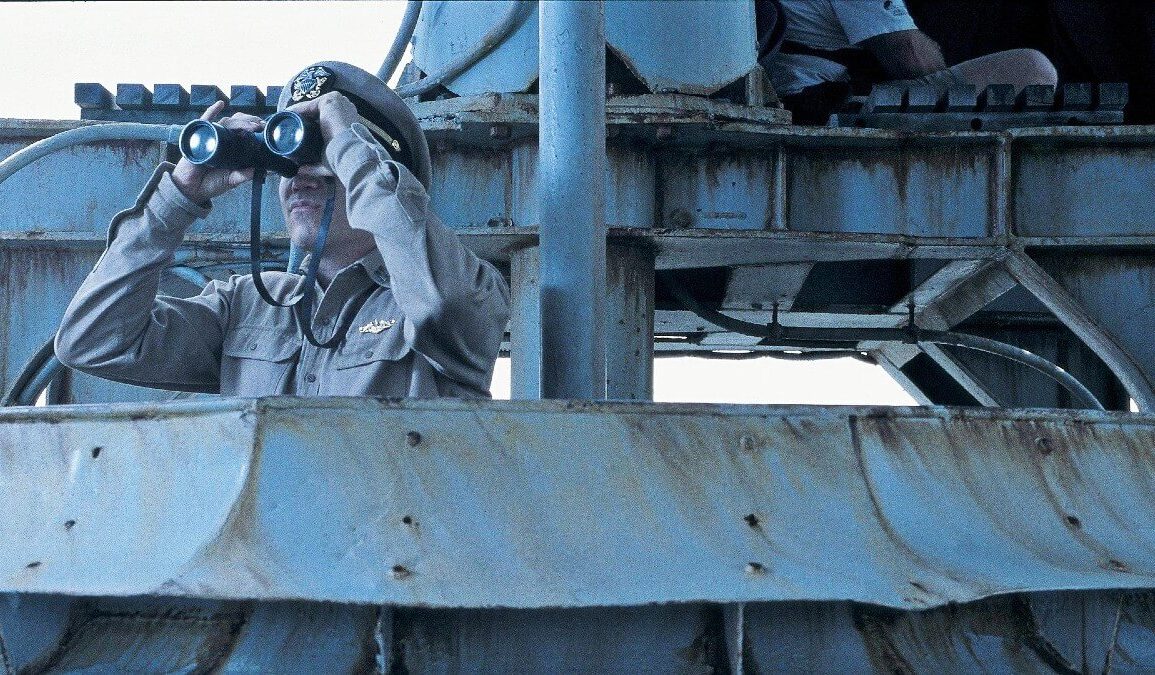 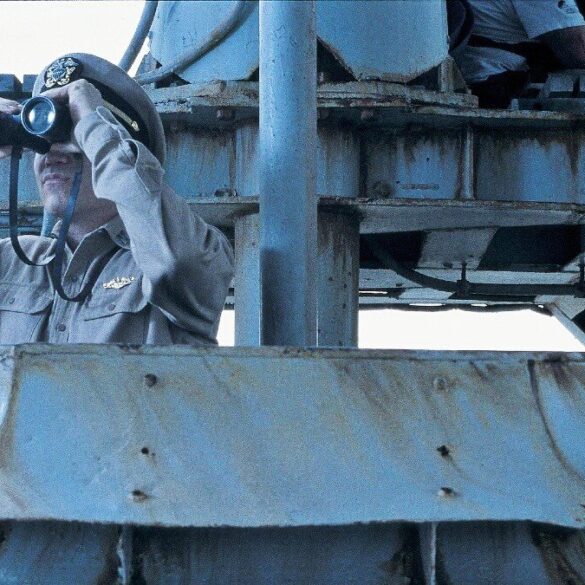 Home
Time out
Watch it
Below: Take a deep breath

I love a good submarine drama.

The Enemy Below with Robert Mitchum is one of my all time favorites.

I’m also a huge fan of the 1960s film and TV spinoff, Voyage to the Bottom of the Sea.

I can’t go past a good horror movie either. Put the two together and you’ve got the 2002 production Below.

The film tells the story of an American submarine, the USS Tiger Shark, that experiences a series of supernatural events in the Atlantic during World War II.

Things take a turn for the worse after the sub is ordered to pick up the survivors of a ship, spotted drifting on the ocean by a reconnaissance plane.

One of the survivors is a British nurse Claire Paige (Olivia Williams), who along with two men, one of them wounded – are all that’s left of the British hospital ship Fort James.

One of the survivors claims the Fort James was torpedoed by a German U-boat that he caught sight of when it surfaced.

Their conversation is cut short, however, when radar picks up a German destroyer heading straight for the sub and they are forced to crash dive.

A game of cat and mouse ensues during which the submarine is forced to switch to silent running in a bid to avoid depth charges unleashed by the destroyer.

The crew is ordered to stay silent, but suddenly the strains of Benny Goodman’s Sing, Sing, Sing blare out at full volume from a record player. WTF?

The sub escapes, but sustains some damage in the process that needs to be repaired.

Brice accuses the German of making noise to betray Tiger Shark‘s position to the German destroyer.

A brief struggle ensues in which the German is shot dead.

Then, in a moment of hilarity, two of the crew play a trick on the nurse, scarring her into believing the corpse has come back to life and is talking.

After this stranger and stranger things start to happen, frightening the crew and crippling the submarine.

Wally believes the sub is haunted by a “malediction”, caught between heaven and hell, that must be placated before it can leave.

Below was directed by David Twohy and written by Twohy, Darren Aronofsky, Lucas Sussman.

The producers used USS Silversides, a retired World War II-era US Navy Gato-class submarine that is now a museum ship in Muskegon, Michigan — for exterior shots of the fictional sub.

The submarine was towed out to the middle of Lake Michigan for filming.

When the production company put pressure on the director to re-cut the film so it would qualify for a PG rating, Twohy reportedly refused.

As a result producers Dimension Films gave the film limited theatrical release and it was supported by little advertising.

The little film that could refused to die, however, and has gone on to achieve something of a cult following.

You might remember star Olivia Williams from the 2007 movie Miss Austen Regrets.

But it was the role of Anna Crowe in The Sixth Sense (1999) which really made her name, starring Bruce Willis, Haley Joel Osment, and Toni Collette.

Sixth Sense went on to become one of the highest grossing films of all time.

Below is by no means the best submarine film ever, nor is it even the best horror movie.

You could however call it the best submarine/horror film of all time . . . because nobody else has really made one to our knowledge.

One thing’s for sure, Below ticks all the boxes. It’s well written and well directed, with first-rate acting, and plenty of pull-back-the-curtain suspense.

B grade? I don’t think so. It’s a surprisingly engaging 105 minutes that you won’t want back.

You can catch Below on Stan.

CHECKOUT: Man in the High Castle: You might notice a few Nazis