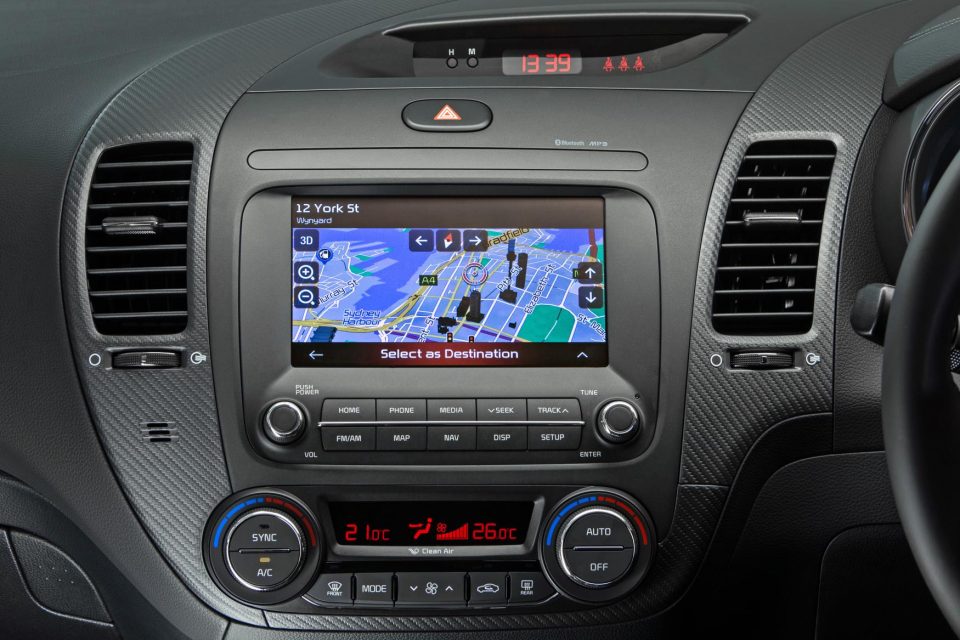 We’ve received numerous emails from readers confused about updates for the satellite navigation in their Kia.

As we reported last year thousands of Kia owners were left high and dry after the company switched to an in house navigation system.

The two systems are not compatible and because it no longer had the licensing rights to the previous system, Kia could not supply any further updates.

To put this in perspective Kia started rolling out satellite navigation in its vehicles from 2012, with hardware provided by Motrex and mapping supplied by Here Maps.

Buyers were initially promised two complimentary map updates over a three-year period, one at the 12-month anniversary of purchase, the second at 24 months – as part of what it called Mapcare.

The trouble is many owners claim they have never received even one update – just check the forums.

The Mapcare offer was withdrawn from January 1, 2017 and no longer appears on Kia’s website.

Kia has been able to negotiate a partial solution to the problem with the help of TomTom that will see some people get free updates while others will have to pay for them — the unlucky owners of older models will never be able to get an update for technical reasons.

We’ve been working through this issue for the last 12 months and apologise for not getting back to those readers that have emailed us over the past few weeks.

It’s not that we have been ignoring you, we’ve just been working behind the scenes to get some answers for you.

A spokesman for Kia confirmed this week that:

If the car was purchased prior to January 1, 2016, there is an entitlement of two map updates within a three-year period from purchase.

If the car was purchased after January 1, 2016, there is no free mapcare program on the Motrex head units.

If a customer who purchased a car after January 1, 2016, was told by the dealer that they were entitled to two free map updates then they have an issue with the dealer who misinformed them.

Owners who find themselves in this situation and wish to update their mapping can purchase a map update from the dealer.

The spokesman said If a customer can prove a dealer misinformed them, then they can seek to recover that cost from the dealer — not from Kia Motors Australia.

For cars fitted with the latest OEM head units — those that come with Apple Carplay and Android Auto — there is a 10-year free update program.

Be that as it may readers still seem to be getting the runaround from dealers who in our experience hate to give anything away for free.

She was told there were no updates available for her car unless she wanted to pay $300 for the TomTom one.

“I work in property management and need up to date street info. Very disappointed and annoyed,” she said.

“At the time we were assured of free map updates for two years,” he said.

“My latest service saw me quoted $287 for the install of the new TomTom update. I queried this and dealer let me know there was a bulletin about it from KIA. Then calling KIA I was told that 2016 vehicles were not eligible for the free Mapcare updates (that never happened by the sounds of it) and also weren’t eligible for a free TomTom update.”

“I was quite shocked by this, as when I bought the car I was told I had two free map updates, when I’ve had none!

“I rang Kia customer service. They told me there is nothing they can do and I need to pay if I want the update. They were not interested in knowing anything about my car details, and not interested in discussing further or negotiating.

“They said the only way to get the fee waived was for the dealership to do it. I asked for some information about this new arrangement to be sent to me, they refused to do that too as it’s confidential. I’m very disappointed.”

“I’m disappointed to read your article, but at last it explains things, because I’ve failed to get a clear answer from Kia,” he said.

“Add me to the growing irate Kia customer list. I have a Sportage 2012 Platinum. The map updates have always been a sore point with over the years, which unfortunately tarnishes an otherwise great car (and company).

“On my last service they bricked my navigation unit and I waited weeks for new one, being promised the latest Android auto head set, only to receive exactly what I previously had with the same 2015 Maps. I think it’s falls into some breach of contract not to provide timely map updates.

“More and more new roads are being created and speed limits changing. Updates should be very regular in this connected era.

“What’s the alternative? Buy a new car every time a company stops map updates. I don’t mind paying for an update or do I put in a third party Android auto system myself. I was going to be a repeat customer but I’ll be looking elsewhere. How hard did Kia try with Here Maps?”

“I enquired about map updates and was told that there was a TomTom update available but would cost $300 for the licence for the maps.”

What did we say about dealers hating to part with anything for free?

Let us know how you got on?

CHECKOUT: The map update that got lost