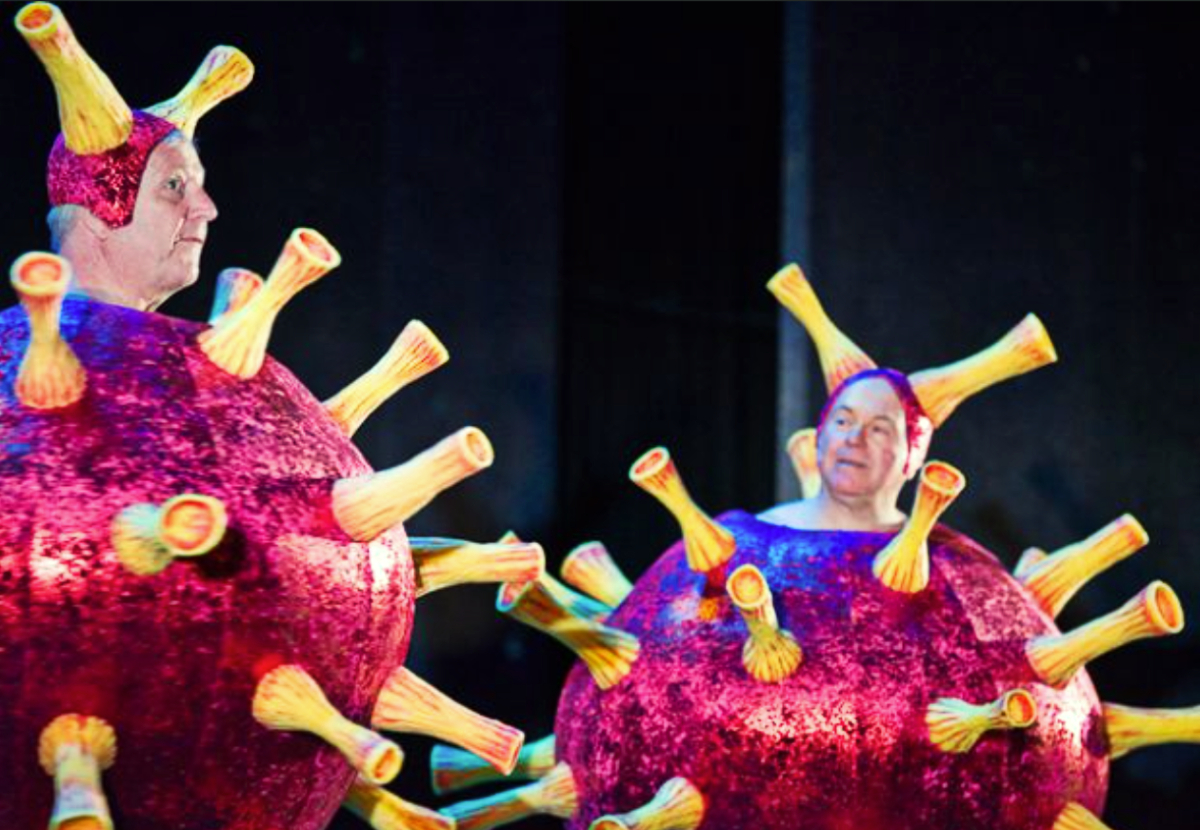 Home
Time out
Watch it
The last Wharf Review . . . ever

So there we were, six months later, waiting for the start of a COVID-delayed Wharf Review . . . the very last Wharf Review, in fact.

After 20 years Jonathan Biggins and the gang have decided to pull the plug on what must surely be the wittiest, funniest, theatrical send up ever of local and world affairs.

Sad, though, that we won’t get to see them again — at least not in this context.

But there you have it and there we sat, grey hair, masks in place, arranging and rearranging masks as glasses started to fog up, the size of the audience reduced to 75 per cent (though I’m not sure what impact this actually had).

I’ve lost count of the number of times we have seen the Review over the years.

Some have been better than others, but that goes with the territory.

Personally, I didn’t find the 2019 review that funny. Witty yes, but not LOL, rolling around on the ground hilarious.

One way or another, it’s always been the one we’ve looked forward to most on our yearly theatre calendar.

For those unfamiliar with the name, The Wharf Revue is a music/comedy put on by Sydney Theatre Company

that pokes fun at the media and political events in sketches and songs.

The lineup consists usually of Jonathan Biggins, Phillip Scott and Drew Forsythe, along with a female ringin.

Music and lyrics are largely written by Scott, the rather round fellow on the piano.

The females have included Amanda Bishop, Genevieve Lemon and — as a fill in — Helen Dallimore.

The revue has become something of an institution in Sydney town

For the last hurrah, they’d gotten the A team back together — Biggins, Forsythe and Scott, and Mandy “At Home with Julia” Bishop.

This year’s performance which had been slated for August in our neck of the woods, was subtitled Good Night and Good Luck.

The sets and props may have been noticeably threadbare, but the one liners flew quicker than the credits from a docked cruise line.

Highlights included The Jobseekers, built on Georgie Girl and The Seekers; Two Viruses, with Biggins and Scott bumping infectiously around stage; and a beaming Jacinda Ardern, determined to raise the living standards of indigenous people by lowering those of everyone else.

All the Money in the World

There was also our poor Gladys and her tips on finding the right man; and last but by no means least The Man Who Shot Liberty, featuring a waistcoated Biggins as a squeaky voiced Donald Trump.

Set against the backdrop of the Trump Saloon & Watertower, it also starred Bishop, radiant as Trump’s long suffering wife Melania — plus a succession of cameos from characters, including Sleepy Joe.

The good doctor Norman Swan, the preening Vladimir Putin, pompous Kevin 07 and Forsythe as the evergreen Pauline Hanson also came in for attention.

If you get a chance to see the show before it goes bye-bye — do yourself a favour.

As funny as it was, however, I think I speak for everyone when I say what a relief it was to finally get out of the stuffy theatre and and get that mask off.

My heart goes out to all those who are forced to wear them all day as part of their job.