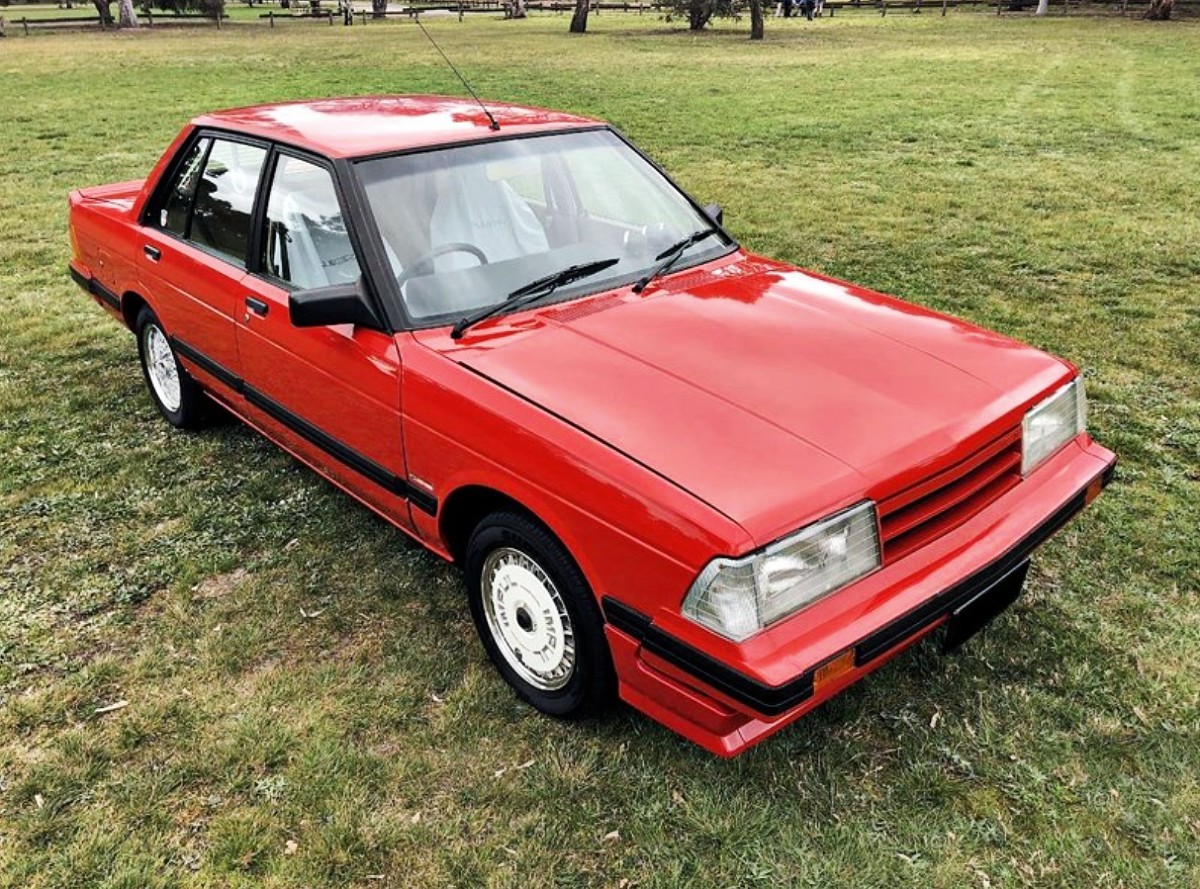 OMG! It’s a Bluebird with the works

Home
Wheel life
Pig in a poke
OMG! It’s a Bluebird with the works

You look at some cars and have to wonder: what were they thinking?

Take this 1980s model Datsun/Nissan Bluebird. The model was quite a nice looking bit of gear for the time.

But somehow, somewhere along the line, the person who “did up” this particular Bluebird, how shall we say – lost the plot.

Note the bolt on fender flares, the bonnet scoop and that huge rear wing — wonder how much downforce they got from that at 60km/h?

The Australian model was a downgraded, locally produced version of the Japanese model with no independent rear suspension, electronic fuel injection, or turbo versions.

However, the cars were offered in a sporty version, known as the TR-X.

The main difference between these Bluebirds and the base models were sporty trim, including an optional front air dam, centre mount aerial, 15-inch alloy wheels, a small rear spoiler, map lights, seats with better bolstering and so forth.

Mechanically, the cars were not much different.

The main differences to be found are rear disc brakes which were shared with the GLX and a 3.9:1 diff ratio compared to the standard 3.7:1.

The 910 was eventually replaced by the Pintara, a locally built vehicle based on the Skyline — but with a four-cylinder engine.

On September, 29, 1984, George Fury put his Nissan Bluebird Turbo (imported with a Nissan Z turbo engine and fabricated IRS) on pole position for that year’s Hardie 1000 touring car race, with a time of 2:13.850.

Have you spotted a car that’s just downright fugly. Send us your pics: riley@cars4starters.com.au