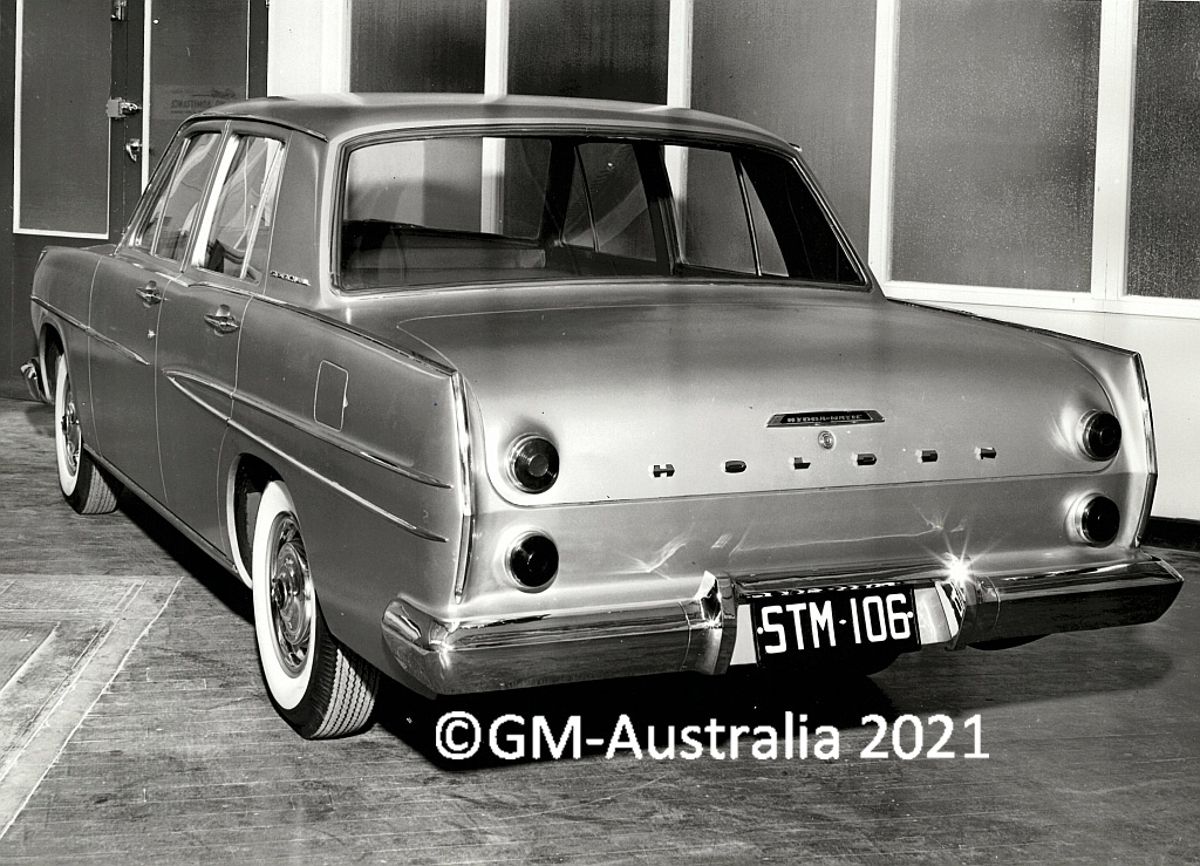 This is the story about the car that could have become the HD Holden.

Lucky for us it did not.

In mid-1961 the locally shaped EJ model was in the USA waiting for approval by GM’s design boss, Bill Mitchell.

It had been under development since November, 1957 by Holden’s chief stylist Alf Payze.

Holden’s senior decision makers were confident that Mitchell would okay the EJ design.

The styling of the EJ’s successor, the EH, had also been completed in Holden’s design studio and was awaiting senior executives to give it their official endorsement.

And so, Payze and his team began work on what was assumed would be the EH’s successor, for release in early 1965.

It was given the code letters “EF”.

A full-sized prototype and seating buck of the EF was built and displayed alongside an EK and the proposed the EJ and EH.

The EF, however, would share the same fate as the locally designed EJ and EH, and not make it beyond Holden’s design studios.

When Bill Mitchell and some of his top design managers first saw the local EJ design, they immediately knew they would have to make some changes in order to improve its looks.

By any measure, the EJ was not a particularly handsome car and the proposed EH was positively garish.

Mitchell was keen to bring the EJ into line with his styling ideas.

He also wanted to have more control over Holden’s design output.

In GM’s American design studios the EJ would undergo some refinement and the EH was given a major re-styling, as part of Mitchell’s long term plan to ensure GM’s design consistency across the world.

This plan included sending some of GM’s most talented stylists to Australia in order to bolster the numbers in Holden’s design studios and to coach and mentor newly hired designers.

There is no record of Mitchell’s reaction to the EF, but one look at the prototype tells you that it was not a pretty automobile.

In January, 1962 Holden’s boss, Harlow Gage, an American and destined for bigger jobs in GM, and Payze were in Detroit.

It is assumed they were informed about the EJ and EH.

It was also decided that the 1965 EF and the initial proposals for the 1968 HK models would be styled in the USA.

The details and rationale of the American intervention have been well documented in my Design to Driveway book series.

That Holden’s most senior managers of that era allowed the original and visually challenging, EJ, EH and EF designs to progress to such a point gives an insight into what they thought the Australian public ought to be driving in the mid-Sixties.

Back then Holden was more focused on ensuring that it could meet sales demand.

Styling was not at the top of its agenda.

Despite having access to all of the advanced design ideas pouring out of Mitchell’s studios in America, Holden’s executives appear to have been slow to appreciate how quickly styling was becoming a reason for purchase, now that the more pleasing shapes of the Falcon and Valiant had arrived in Australia.

No wonder Bill Mitchell decided he needed to intervene.

And, equally as instructive, it seems that Holden’s top team let him intervene without much of a fuss.

They acquiesced to his demands quickly and quietly.

Looking now at the images of the EF sedan it is hard to understand the design direction intended for the EF.

It is a very upright design with 1950s-type chromed trim, recessed door handles and an unusual placement of the front turn lights on the top of the fenders.

The tail lights are simple and round, and look like an afterthought.

Whatever the inspiration for the design, it was not what Bill Mitchell envisioned for the future.

Work on the EF stopped during 1962, after Alf Payze returned from the meeting with Mitchell.

They both appeared in a photo standing next to the 1956 Oldsmobile Golden Rocket dream car.

It is the last known photo of that car and, for some unexplained reason, had its gleaming gold paint covered with an aqua hue.

It is difficult to imagine the EF enticing new car buyers into Holden dealerships. By most measures it is not an attractive vehicle.

It would have allowed the AP6 Valiant and the XM and XP Falcon a big head start in the styling race.

Further, a face-lifted EF, which would have been coded EE for 1966 (the equivalent of the HR), would have then encountered the 1966 “Mustang Bred” XR Falcon and VC and VE Valiants.

Although the HD Holden has its critics, the decision to have the 1965 car styled in the USA most likely prevented a major sales and styling disaster for Holden.

It is open to speculation exactly how much market share Holden may have lost had the EF gone into production.

In his book Heart of the Lion, Dr John Wright quotes Alf Payze as saying: “It’s just as well” (that the EF never made it beyond the prototype stage).