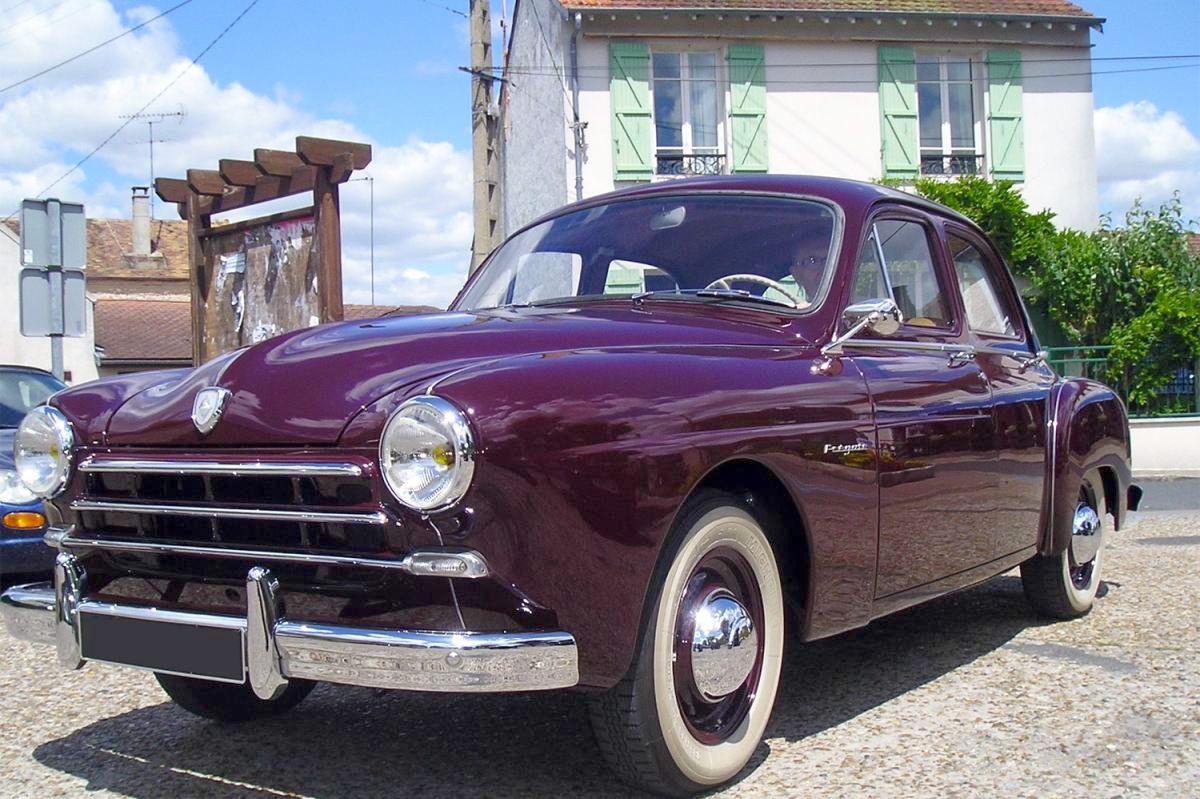 For a bonus point, what year was it released?

Well, it was the Fregate, and this year marks the 70th anniversary of its first appearance in France.

Not heard of a Fregate before?

Well, you are not alone.

It was in the big car section of the market that Renault had made plenty of money prior to the Third Reich marching into France in 1940.

In 1951, when the Fregate was released, Renault had already found an unexpected success with its basic 4CV.

The little go-anywhere car was perfect transport in a war-torn land that needed to focus its scarce capital reserves on infrastructure rebuilding.

The 4CV was cheap and easily affordable by many.

Luxury it was not.

The 4CV had been designed in secret during the War.

When Louis Renault was hauled off to prison in 1944 for things he did while the Germans occupied France, his place was taken by war hero and resistance fighter Pierre Lefaucheux.

Lefaucheux championed the 4CV and it became a large cash generator which allowed Renault to get on a firm financial base, and then start to plan to increase market share.

The Fregate was originally planned as a rear-engine car, hence the strange dumpy shape of the rear end.

Trouble was, that was just one technological step too far at the time.

A hurried change was made to a front engine, rear-wheel drive layout.

Although it was not initially very reliable, it boasted strong features including all round independent suspension, excellent road-holding and lots of interior room.

Its styling reflected the 1949 Chevrolet, and that was deliberate.

Until 1955 its main competitors were the Citroen Traction Avant and the Peugeot 203.

That’s when Citroen released its futuristic DS Goddess and Peugeot showed off its new 403.

The Fregate, which was still suffering from a reputation for poor quality, even though all problems had been fixed, was overshadowed by these two new arrivals.

And then Pierre Lefaucheux was killed driving one.

He skidded off the road and rolled the car.

The car did not suffer too much damage, but he was struck and killed by his briefcase which had been left unsecured on the back seat.

The car was updated during the next five years, with engine improvements and styling tweaks.

The big Rambler was only a stop gap.

In 1964, the internationally acclaimed R16 was released, and Renault was on to another winner

Very few Fregates made it to Australia.

They were RHD imports and priced about the same as the Humber Hawk.

CHECKOUT: The legend of Kennedy’s Lincoln