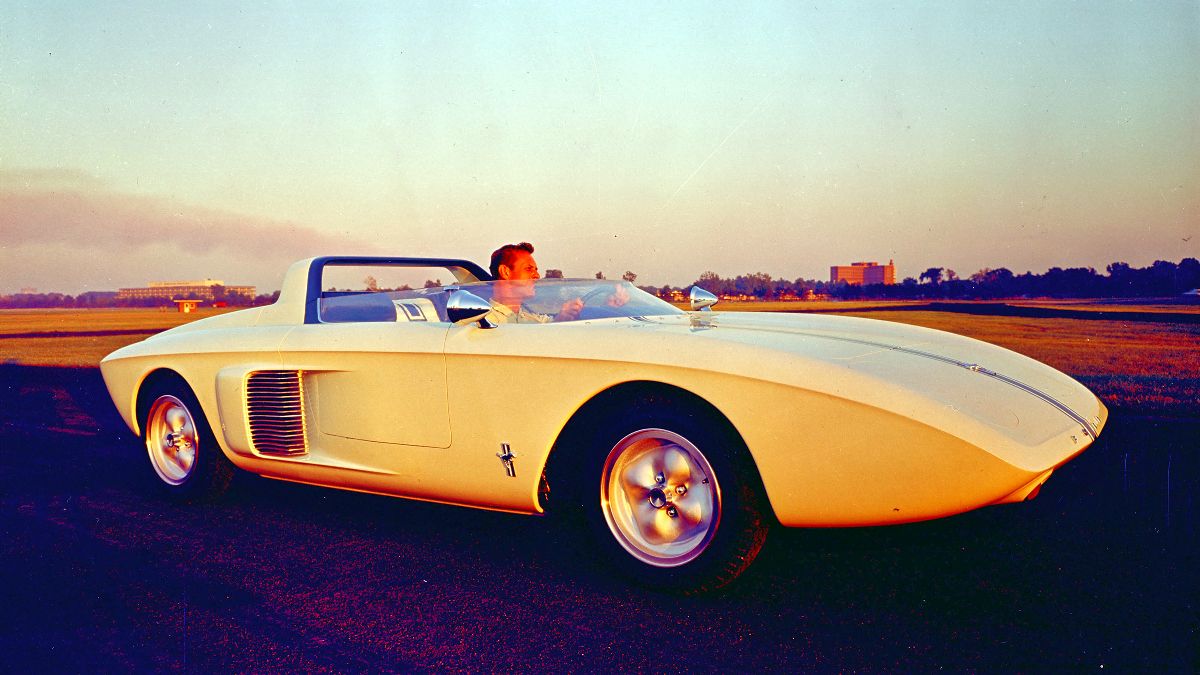 The Mustang before it became a Mustang

If you happened to be one of the spectators at Watkins Glen Raceway in upstate New York, on Saturday October 6, 1962, you would have witnessed an automotive legend make its first public appearance.

For on that day, Dan Gurney strapped himself into a small, open cockpit, two-seater sports car and reeled off a few 100 mph or 160km/h demonstration laps.

Gurney had been involved in its development since it was just a drawing on a piece of paper, only 100 days previously.

The car was white with twin blue racing stripes.

The engine was a 1.5-litre V4, sourced from Ford in Germany, which sat mid-car and drove the rear wheels.

Gurney was also at Watkins Glen for another reason.

In the pits were Jack Brabham, Graham Hill, Jim Clark, Bruce McLaren, John Surtees and many others, including a young aspiring driver named Roger Penske.

But let’s get back to that small sports car.

If you looked closely, you could see a small badge depicting a galloping horse on the bonnet.

The same badge was also affixed to each front fender, just behind the wheels, and on the leading edge of the engine cover.

Between the two seats was the emblazoned the word MUSTANG.

The car caused a sensation.

From the moment it was rolled out of the transporter crowds gathered around.

The Mustang I had taken just 100 days to move from idea to reality.

Actually, it was just known as the Mustang back then, because the Mustang II concept car had not even been designed.

In fact, the iconic shape of the Mustang road car had only been finalised six weeks earlier at a highly secret meeting at Ford’s headquarters in Dearborn.

It was not even called the Mustang.

Mustang I was styled by long-time Ford designer, John Najjar and Jim Sipple.

The galloping horse badge had been crafted by Phil Clark.

The tube frame chassis was built at Ford by engineer Roy Lunn, later of GT40 fame.

The body was made of aluminium at Troutman and Barnes, who were custom car fabricators in Los Angeles.

After its Watkins Glen debut, Gurney gave the car a few more runs at race tracks.

It then did the rounds of the auto shows and was the centrepiece of Ford’s annual graduate recruitment presentations at more than 20 universities across the United States.

Ford’s message to students was simple: “Come work with us, and help create sensational cars like this!”

The problem for Ford was that everyone wanted Ford to build it as a production car.

What he was looking for was something with mass appeal and the Mustang I was just one of a number of concept cars he’d had built to test public opinion.

So, with the production, four-seater Mustang being developed in secrecy, Iacocca needed a way to bridge the styling and expectations gap between the little Mustang I and the much bigger Mustang coupe.

How that was so successfully achieved is another story.

Mustang I now has an honoured place at the Henry Ford Museum in Dearborn.

When I last saw it in June, 2019, it was positioned next to the first Mustang road car ever built — a white convertible.

CHECKOUT: The legend of Kennedy’s Lincoln

CHECKOUT: K-cars OK with the buyers