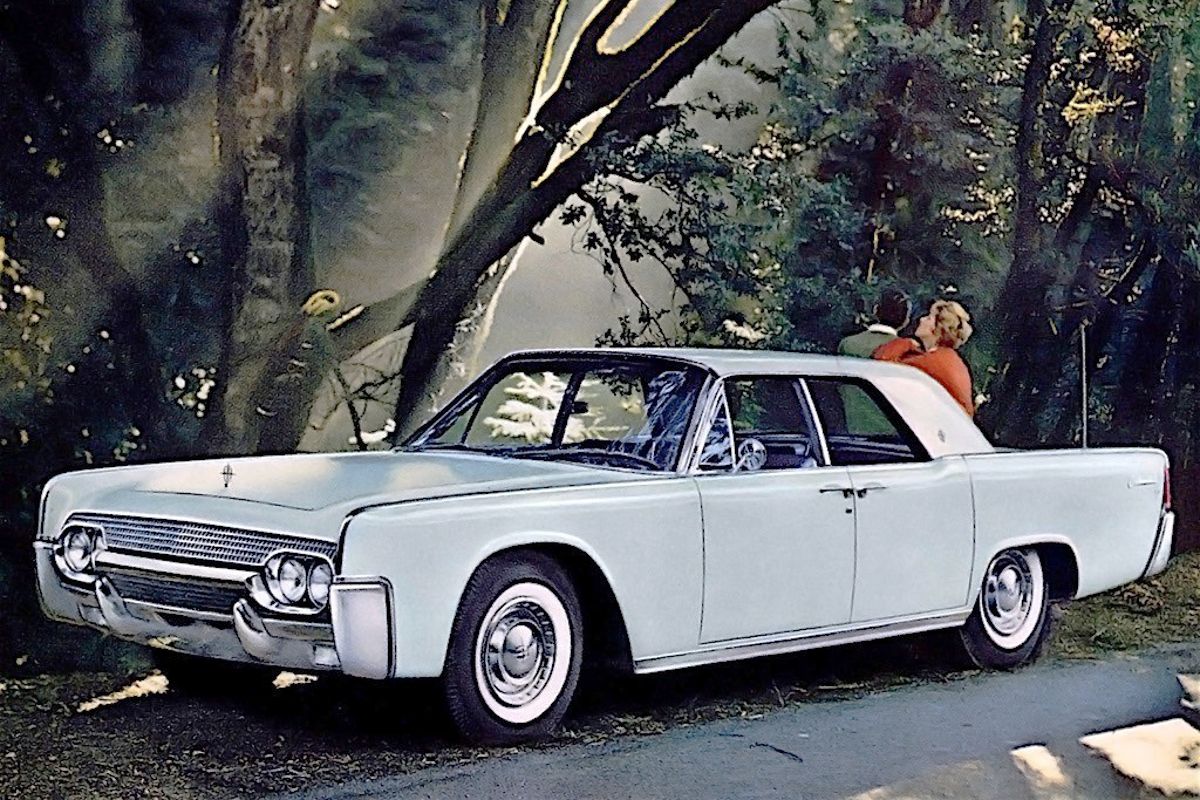 The legend of Kennedy’s Lincoln

Ask any car designer to name their top 10 favourites and the Lincoln Continental usually gets a mention.

It’s best remembered as the car in which President John F. Kennedy was assassinated in Dallas, Texas — in 1963.

The Continental was originally a styling proposal for the Ford Thunderbird.

It was designed by Elwood Engel.

Ford’s decision makers at the time thought Engel’s design was “too stylish and formal to be a Thunderbird”.

He told Engel that if it could be converted into a four-door sedan at minimal cost, then he’d consider it as a Lincoln.

Engel and his team worked overtime to deliver a viable car.

The iconic, rear hinged ‘suicide’ doors were developed because design team discovered that doors hinged on the centre pillar, combined with the intrusive rear pillar — restricted the size of the door opening which prevented an elegant and easy exit.

To save money, the Thunderbird and Continental shared inner panels, cowl and some glass.

Ford was so confident about the Continental’s quality that it offered a 24 month/24,000 mile warranty, an industry first at a time — when 3 months/3000 miles was common.

Towards the end of 1961 Engel was poached by Chrysler for its top styling job.

Legend has it that the combination of Continental’s styling and the support of Ford’s styling boss George Walker — won him the job.

Elements of the Continental’s elegant and chiselled shape can be seen in most Chrysler cars well into the 1980s.

And so to the most famous Continental in history.

Ford assembled the Presidential Lincoln at its Wixom, Michigan factory in January, 1961.

Hess and Eisenhardt of Cincinnati, Ohio was responsible for customising the car to function as a presidential parade limousine.

They cut the car in half, reinforcing it, inserted an extra meter into the wheelbase and made numerous other modifications required for protection of the President.

The car had three roof combinations, a rear seat that could be raised and lowered, retractable foot stands for Secret Service men, two radio telephones and a master control panel for power accessories.

The transformation saw the car get 17 percent more power with a new hand-built, high-compression V8 engine.

It also had the largest passenger-car air conditioning unit ever built.

The Lincoln was presented at the White House in June, 1961, but remained the property of Ford which leased it to the Secret Service for the nominal $500 per year.

The morning Kennedy was shot, the decision was taken to not fit the car’s plastic roof.

It probably would have made little difference, because the top was neither bulletproof nor even bullet-resistant.

So, why not build a new car?

Well, a committee was formed to look at that option.

But because of the time and cost involved to build the existing car ($US200,000) and because the secret service wanted something done quickly, the committee decided to re-use the X-100.

Work was completed May 1, 1964 and it was delivered to the White House in June.

In reality the cost of the rebuild is estimated at more than half a million dollars.

In 1968, the car was finally replaced, but used as a backup, transporting Presidents Nixon, Ford and Carter.

It now resides in the Henry Ford Museum.

CHECKOUT: The car that helped to elect a President