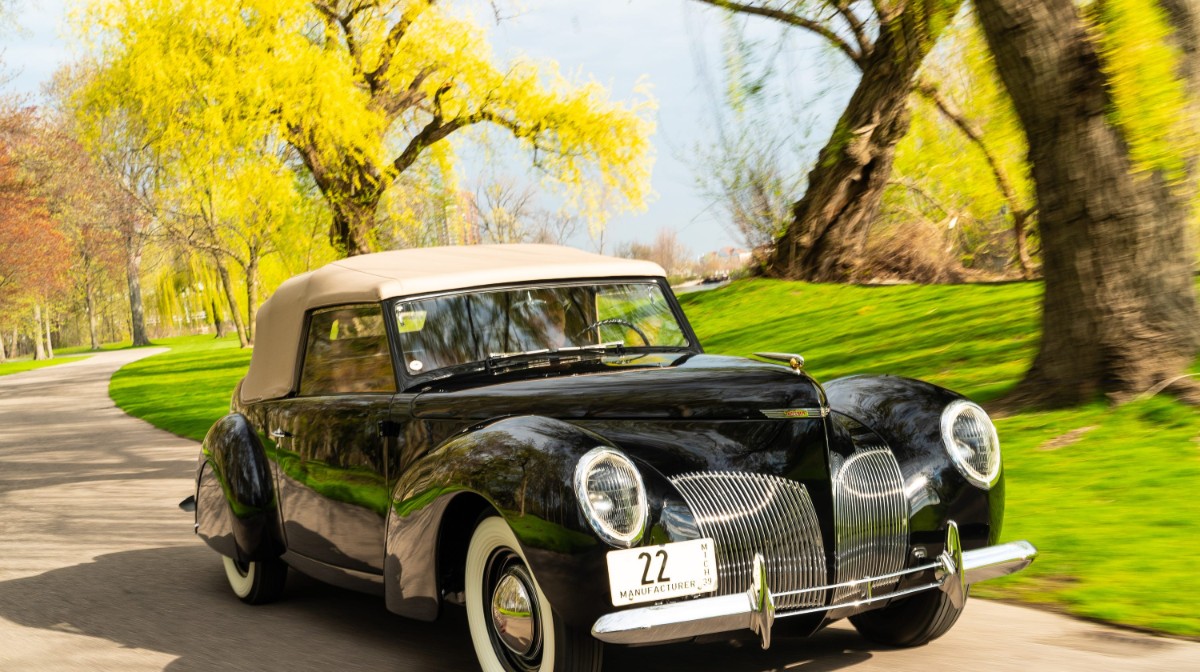 Back in the late 1930s, Edsel Ford had always wanted to have a shapely luxury sports car in Ford’s line up.

He believed such a car would help lift the company’s product image, which looked a little stodgy at the time, and attract people to dealerships.

But he had a couple of problems to overcome.

The first was the stubbornness of his father, motoring pioneer Henry Ford, who didn’t want to invest money in developing any additional chassis other than those that were currently in production.

Second, Old Henry had no ability at all — none, zero, zilch — to comprehend that styling was now critical to sales in an increasingly competitive market.

The third was that Edsel and Ford’s design chief, Bob Gregorie, had not yet agreed what this new car, this dream of Edsel’s, ought to look like.

What if he could design the car using the Lincoln Zephyr chassis?

It was unique to the Zephyr, lower with a flatter floor than other Ford chassis.

If this idea proved feasible, it meant all of the Zephyr mechanicals could be used, cutting costs and speeding up development.

And so, in less than an hour, he drew a two-door convertible shape on the Zephyr chassis for Edsel to evaluate.

Dimensionally, the car was the same as the Zephyr — yet it looked longer.

When Edsel saw the sketch he ordered a one-off built for himself to take on his annual vacation at Hobe Sound, near Palm Beach in Florida in March 1939.

The car, given the name “Continental” by Edsel, was hand built, by taking a 1939 Zephyr and channelling and sectioning its panels.

Four inches (10cm) was chopped off the cowl and the doors. The bonnet and fenders were hand fabricated.

When he drove the dream car in Florida, Edsel was continually asked if Ford was planning to sell it?

Such was the public attraction of the sleek convertible that by the time he had returned to Dearborn in April, 1939 Edsel had already organised for the Continental to go into production for 1940.

The Continental achieved all of Edsel’s goals.

Movie stars and other influencers of the day desired to be seen in one.

It became what we now call a “halo” car and gave Lincoln a product to sell against GM’s new and stylish Cadillac 60 Special.

Famed architect and designer Frank Lloyd Wright was so entranced by the Continental that he said it was “the most beautiful car in the world.”

The spare tyre’s prominent location on the boot lid gave rise to many imitators and DIY conversions, causing the term “continental kit” to enter the language.

The difference between the Continental and Harley Earl’s 1938 Buick Y Job, a GM dream car, is that although the Y Job influenced GM design trends, it never became a production vehicle in its own right.

The original prototype of Continental was later scrapped because its hand-built construction made it prone to leaks and mechanical problems.

A second prototype was constructed and later Edsel gave it to Gregorie.

He kept the car for a few years before he sold it.

The car subsequently went though many owners.

In June, 2019, the restored car featured at the Eyes on Design car show in Detroit.