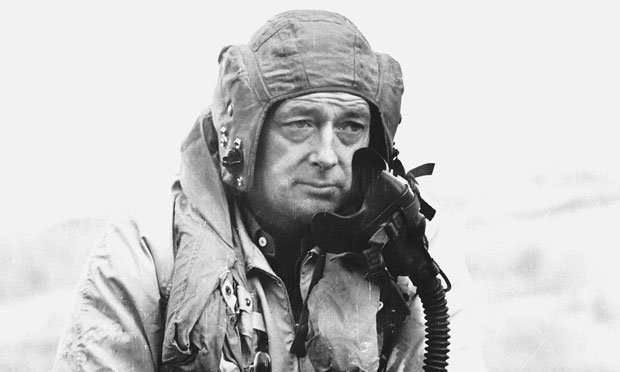 For one brief, bright, shining moment in 1964 Australia became the centre of the world.

There were two reasons: the first is that on June 12 The Beatles arrived in Adelaide, met by the largest crowd in the world to greet the Fab Four, and cheering and screaming in adoration.

The second reason is that in July, Donald Campbell finally broke the world land speed record on the salt flats way out in the middle of the Australian desert — what you and I know as Lake Eyre.

Campbell had been trying to beat the existing record of 634km/h, set by John Cobb in 1947, and before that by his father Sir Malcolm Campbell — since the mid 1950s.

He’d crashed at Bonneville in 1960 in his then new car, the Bluebird.

At that point most people would have given the show away, but not Campbell — he was a driven guy.

The car was rebuilt and in 1962 he decided to come back to Lake Eyre — to continue his quest.

Years of drought had made the lake’s salt surface rock hard.

But as luck, or make that bad luck would have it, when he arrived — so did the rains.

The weather washed away any hope he had of having a crack at the record.

And believe it or not, so did the rains — again!

The track never dried out enough to everyone’s satisfaction, but that didn’t return the adventurer who pushed ahead anyway.

Then, to cap it off, he went off to Lake Dumbleyung in Western Australia, strapped himself into a huge, jet-propelled hydroplane and, on December 31, 1964, sped to a new world water speed record of 442km/h.

A little over two years later, however, Campbell died when his hydroplane crashed on Coniston Water in the UK while he was attempting to lift the record on January 4, 1967.

The wreck of the Bluebird K7 was not found until 2000.

Then in mid 2001 his body was recovered.

Campbell was buried at Coniston cemetery the day after 9/11.