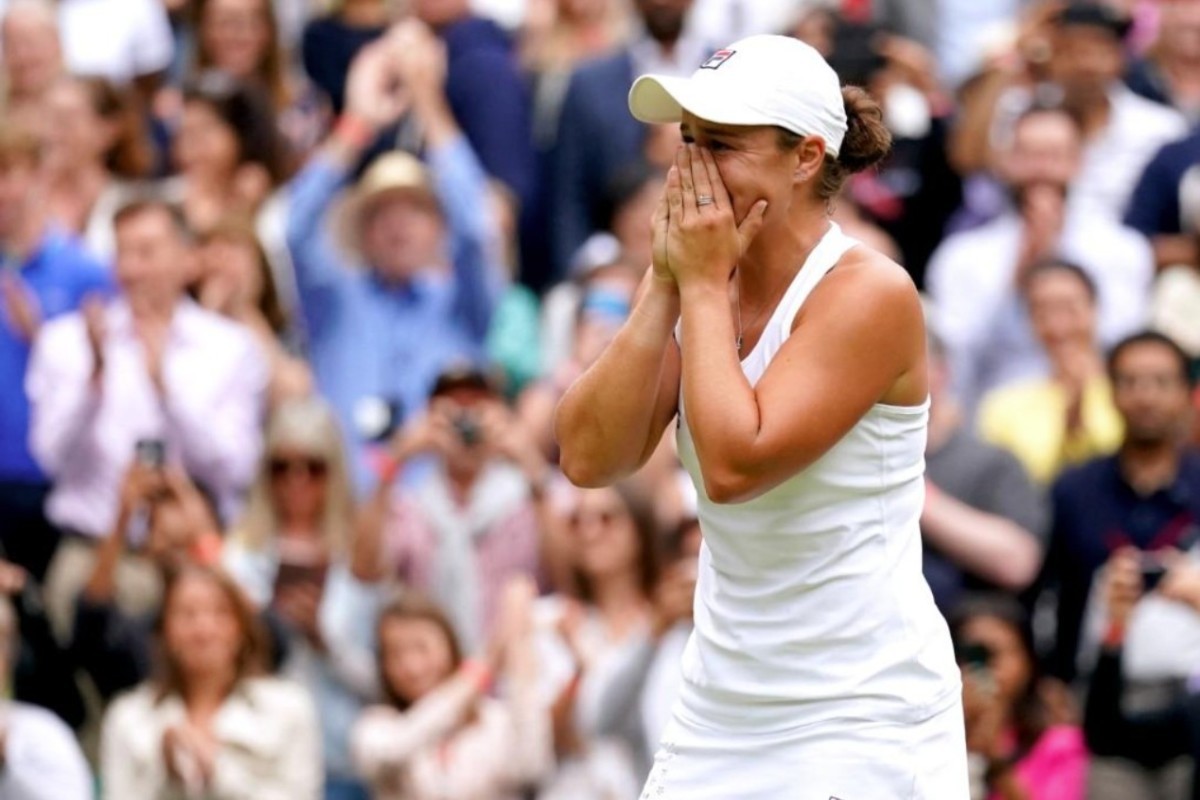 It seems like every time we pick up a newspaper or open a news site, we find another story about sports people behaving badly.

In rugby league, players seem to be falling over themselves to outdo the stupidity of other players. But it’s not just football players who are capable of stupidity.

Cricketers, AFL players, soccer players, golfers, tennis players — you name a sport and I’ll find someone who has embarrassed themselves in some way.

And so it was a bit of a surprise when Aussie tennis player Ash Barty won the Wimbledon Singles final last weekend, becoming the first Australian woman to win Wimbledon since Evonne Goolagong Cawley in 1980.

Everyone was raving about what a great player and role model Ash is. Which got me thinking.

Surely Ash has not led a blameless life. She must have a skeleton or two in the closet,

And so Mr Sport sent the word out to all his contacts to get the dirt on the so called Golden Girl, Ashleigh Barty.

And I was a bit stunned by what I found out.

Firstly, it turns out that when she was in year 2 at school, she laughed when a teacher fell over in the playground. And there’s more.

At a tennis tournament in 2018, a ball boy was hit in the groin by an errant smash, and Ash smiled.

But it gets worse, because she has form.

During her time in the WBBL, one of the male coaches copped a cricket ball to the Jatz Crackers, and Ash giggled slightly.

I am also waiting on confirmation that she once didn’t raise her hand to an opponent when a net cord went her way, but my source is only 80 per cent sure.

There are also unconfirmed reports that as a 14 year old, she didn’t give up her seat on a bus to a pensioner.

Are you starting to see Miss Barty in a different light now?

Not only are these revelations disturbing, they are completely made up.

You see, that’s the thing with Ash. She has always carried herself in such a polite and considerate way that you would be hard pressed to find any dirt on her.

Ash won the Wimbledon Junior title in 2011, becoming the first player since Roger Federer to achieve this double, which Roger won in 1998 and 2003.

Ever since then, she has carried herself like true champion.

She truly understands what a privileged life she leads to be able to play a sport she loves, and make millions of dollars for doing it.

Some players with a bit of natural ability are clearly in it for the money (who could blame them), but watching them waste their talent by not giving 100 per cent, by not doing the hard yards off the court is a little sad.

But not Ash. She surrounds herself with a team who help drive her on to bigger and better things.

Since then she has climbed from a world ranking of 325 to 2 Grand Slam titles and her current No #1 World ranking.

So what next for Team Barty. Rather than come home and celebrate, Ash is off to Tokyo for the Olympics, followed by, hopefully, more Grand Slam success.

There is no reason that Ash can’t add to her Grand slam titles.

Who knows, she might even emulate her hero Yvonne by winning Wimbledon before and after becoming a mother.

CHECKOUT: I had to pick Norway