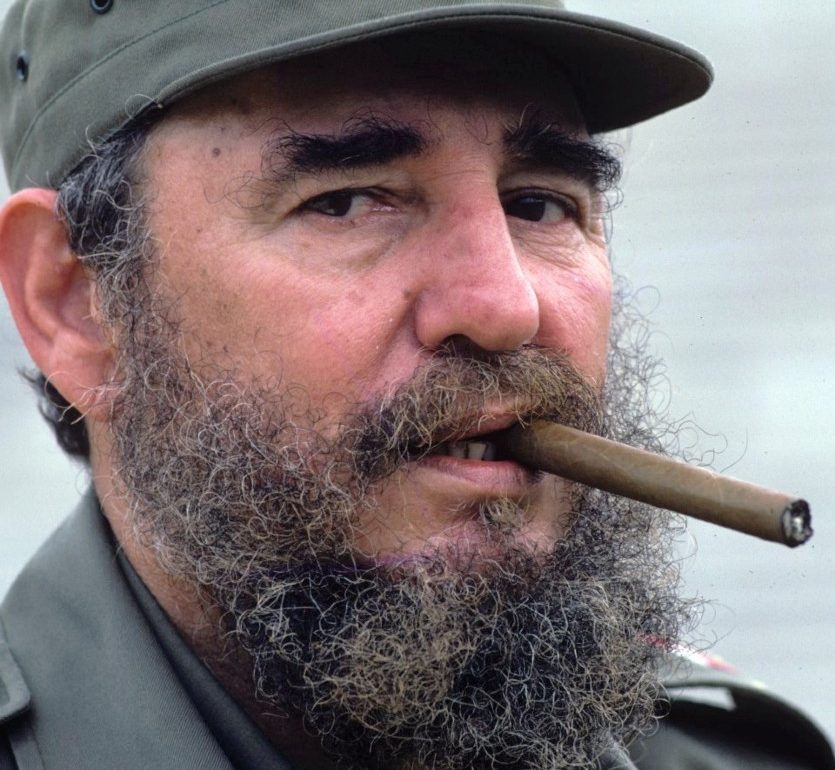 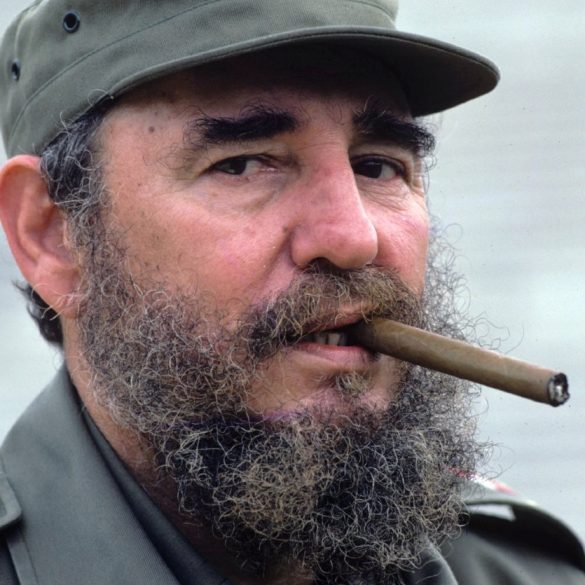 Home
Memory lane
Give that dictator a cigar

WOULD the genial Bill ‘I did not have sexual relations with that woman’ Clinton have sent hitmen after Cuban dictator Fidel Castro?

Well, Clinton’s little affair with Miss Lewinsky certainly did happen, as did plans to get rid of the Cuban revolutionary.

Plans, plural, because there were 21 attempts on Castro’s well being during cheerful Bill’s tenure.

And Dwight Eisenhower had 38 goes, plus all the ex-presidents mentioned above — for a claimed collective of 638.

No wonder North America is still often referred to as the Wild West.

In the wake of the Cuban Revolution in 1959, which removed a strong American ally in US-backed dictator Fulgencio Batista, President Eisenhower gave the CIA the go-ahead to arm and train a group of Cuban refugees to overthrow the victorious Castro regime.

Eisenhower feared that similar revolutionary groups would take power throughout the Americas, and the US would lose influence to the Soviet Union in the region.

So, to subvert the revolution and other political movements that did not promote American interests, the US spyworks came up with some truly bizarre Fidel Castro assassination plots.

Former head of Cuban intelligence, Fabian Escalante, said the CIA had tried to kill Fidel Castro 638 times over 40 years — and declassified CIA reports confirm the agency did try to kill Castro a great many times.

Not all of the plots were actually carried out, but many were ideas plucked from the fevered imagination of the world’s most powerful spy agency.

Most plots shrivelled up when exposed to reality, but suggests there must have been a pretty surreal office culture in the CIA.

It suggests a complex, tangled bureaucracy that was able to insulate personnel from external review, while giving them unlimited resources and a licence to kill the phantom menace of the United States.

A series of newspaper reports in the 1970s led to a government investigation of the CIA’s abuses of power.

President Ford banned political assassinations in 1976, but according to Escalante they continued for two more decades, including under President Clinton in the ’90s.

In all, Fidel Castro remained in power throughout the reign of no fewer than eight US presidents, finally dying of natural causes in November, 2016.

In contrast, President John F. Kennedy was shot dead in 1963, by which time his administration had tried to kill Castro 42 times, according to Escalante.

He kept score of the US presidents, Republican and Democrat alike, who clearly had an intense dislike of old Fidel.

One of the craziest Castro assassination attempts involved faking the second coming of Christ and making the Cuban people believe that Castro was the Anti-christ.

The plan was to spread the word that Castro was the Anti-christ all around Cuba and then simulate the Rapture, which would lead to a mass uprising to overthrow him.

The operation called for a submarine off the coast of Cuba to shoot bright flares into the sky, while an aircraft circled overhead broadcasting a message from Jesus telling of his return to the Cuban people and ordering them to overthrow Castro.

This plan never left the drawing board, but it’s a big points scorer for originality.

What is less known is that the CIA approached Salvatore Giancana, boss of the Chicago Mafia, to help assassinate Castro.

The mafia and the CIA had a shared enemy in the Cuban President.

While the CIA was worried that Castro would spread Communism in the region, the Mob had casinos and other financial interests on the island that they were worried would be taken over by the Cuban state.

In a meeting in Miami, Giancana suggested poisoning the leader’s food or drink.

The CIA provided “six pills of high lethal content” to an assassin to that end.

However, the would-be hit man reportedly backed out of the plot.

Next, Marita Lorenz, a survivor of the Bergen-Belsen Nazi concentration camp as a child, later moved to the US and got a job on a cruise ship.

Shortly after the Cuban Revolution, she met Fidel Castro when the ship docked in Havana and quickly became his lover.

After a tumultuous relationship, she returned to the US where she was recruited by the CIA to assassinate the Cuban President.

Lorenz hid two poison capsules in a jar of cold cream and met Castro at the Havana Libre Hotel, where he was living at the time — to rekindle their affair.

But Castro was no dope. He sensed that something was wrong and accused her of being an assassin.

She confessed to the plot, and a defiant Castro sent her back to the US, saying: “You can’t kill me. Nobody can kill me.”

In 1960, the CIA treated a box of cigars intended to be given to Castro with “a botulinum toxin so potent that a person would die after putting one in his mouth.”

The cigars were given to someone to pass on to Castro, but the CIA never learned if they ever made it to the Cuban President.

Then they learned that Castro was an avid scuba diver, so they hatched a plot to blow him up underwater.

They planned to design an exploding conch shell that was so beautiful that Castro would surely examine it and when he did — boom!

But that plan never left the aquarium.

Castro was known to enjoy milkshakes, so the CIA plotted to have one treated with botulinum.

It almost worked too. According to Escalante, an assassin managed to smuggle a poison capsule to a hotel the Cuban leader frequented, but it froze to the side of a freezer and could not be pried loose to taint his dessert.

Of the 634 attempts on Castro, Escalante said that was the closest he came to being assassinated.

On November 22, 1963, the day President Kennedy was assassinated, the CIA made contact with a Cuban operative code-named AM/LASH, who was apparently close enough to Castro that the agency gave him a ballpoint pen designed to inject the target with poison.

The professional assassin, however, said the CIA should be dream up something more sophisticated, and never tried to use the device.

He continued to work with the agency, though, and delivered weapons and carried out sabotage operations in Cuba.

It’s well known that smoking will kill you, and the CIA planned  to accelerate that process with Fidel Castro.

Rather than cancer, they planned to give him an exploding cigar when he was in New York for a meeting at the United Nations.

The Saturday Evening Post reported that, in 1967, a New York police officer was approached by an agent to give El Comandante a cigar, but that also failed and Castro’s visit passed uneventfully.

In 2000, El Comandante traveled to Panama to attend the 10th Ibero-American Summit.

A plot to assassinate was uncovered led by CIA operative Luis Posada Carriles, suspected of planning the bombing of a Cuban civilian airline flight in 1976 that killed 73 people.

Investigators in Panama discovered 8kg of explosives that were to be detonated when Castro met with university students in the country.

The plotters were all arrested and convicted of lesser crimes, which they were pardoned for amid US pressure on the Panamanian government in 2004.

The CIA continues its work in other world arenas, mostly without success.

But its 40 years of efforts to zap old Fidel must be the agency’s crowning glory of incompetence.

CHECKOUT: 1974 and my Chinese takeaway