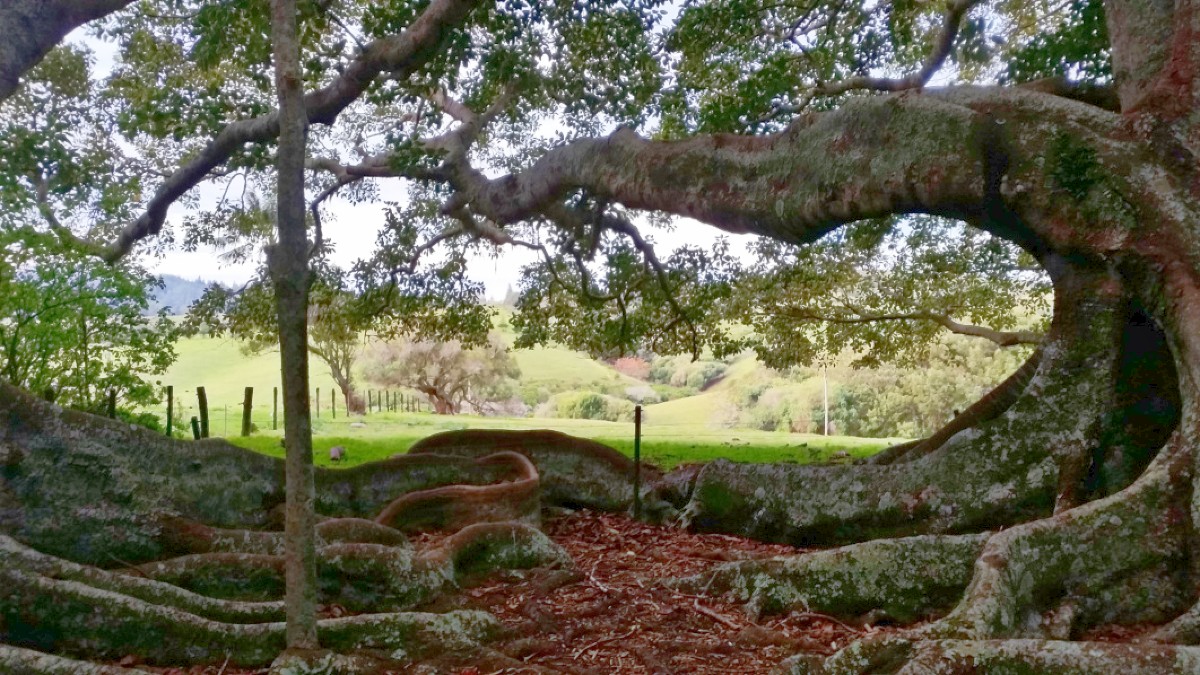 After spending time on Norfolk Island, it’s easy to see why author Colleen McCullough decided to call the place home.

It’s remote location, combined with its beauty and turbulent convict past, is the perfect backdrop for any writer.

Located between Australia and New Zealand, Norfolk Island was first settled by the Polynesians around 400 AD.

No one knows what happened to them, or why they left the island, but it is believed to have remained unpopulated until settled by the British — just weeks after the First Fleet arrived in Australia 1788.

It’s a small island, about 8km long and 5km wide, located 1400km directly east of Evans Head, and together with neighbouring Phillip Island and Nepean Island, forms the Territory of Norfolk Island.

Access from the sea is difficult but everything must be shipped in and transferred by barge to one of two ports.

That makes everything expensive — houses, cars and even groceries — so the cost of living is high.

The evergreen Norfolk Island pine that grows in abundance is a symbol of the island and pictured on its flag.

Norfolk lost its political autonomy in July, 2016 and is now part of mainland Australia, much to the ire of local residents the majority of whom would have preferred to have remained independent.

The capital is Kingston and the 1800 or so inhabitants live scattered across the island.

Islanders speak both English and a creole language known as Norfuk, a blend of eighteenth century English and Tahitian based on Pitkern.

The British wanted to make sure the French did not get their hands on the island and thought they could use its pine trees and flax plants to build spars and produce sails and ropes for their ships.

The island twice served as a penal settlement from March 6, 1788 until May 5, 1855, with an 11-year period in between when it lay abandoned.

Then on June 8, 1856, it became home to the 200 descendants of the famous Bounty mutineers who had outgrown tiny Pitcairn Island way out in the Pacific.

As a result many of the residents share the same surname and nakes are listed in the phonebook on a first name basis.

Any trip to Norfolk requires a trip to the cemetery and guided tours are available.

In 1914, the UK handed Norfolk Island over to Australia to administer as an external territory.

In 2009, the murder of a 29-year-old Sydney woman, Janelle Patton, made the headlines.

She was the first person to be murdered on Norfolk Island since 1893, but the locals don’t like to talk about it.

The case is discussed in Robert Macklin’s warts and all book, Dark Paradise.

Author of the critically acclaimed Hamilton Hume, it tells the vivid, bewitching story of how a unique lifestyle and culture evolved among the almost 2000 inhabitants.

Locals don’t like to discuss it either . . . some describe it as a work of fantasy.