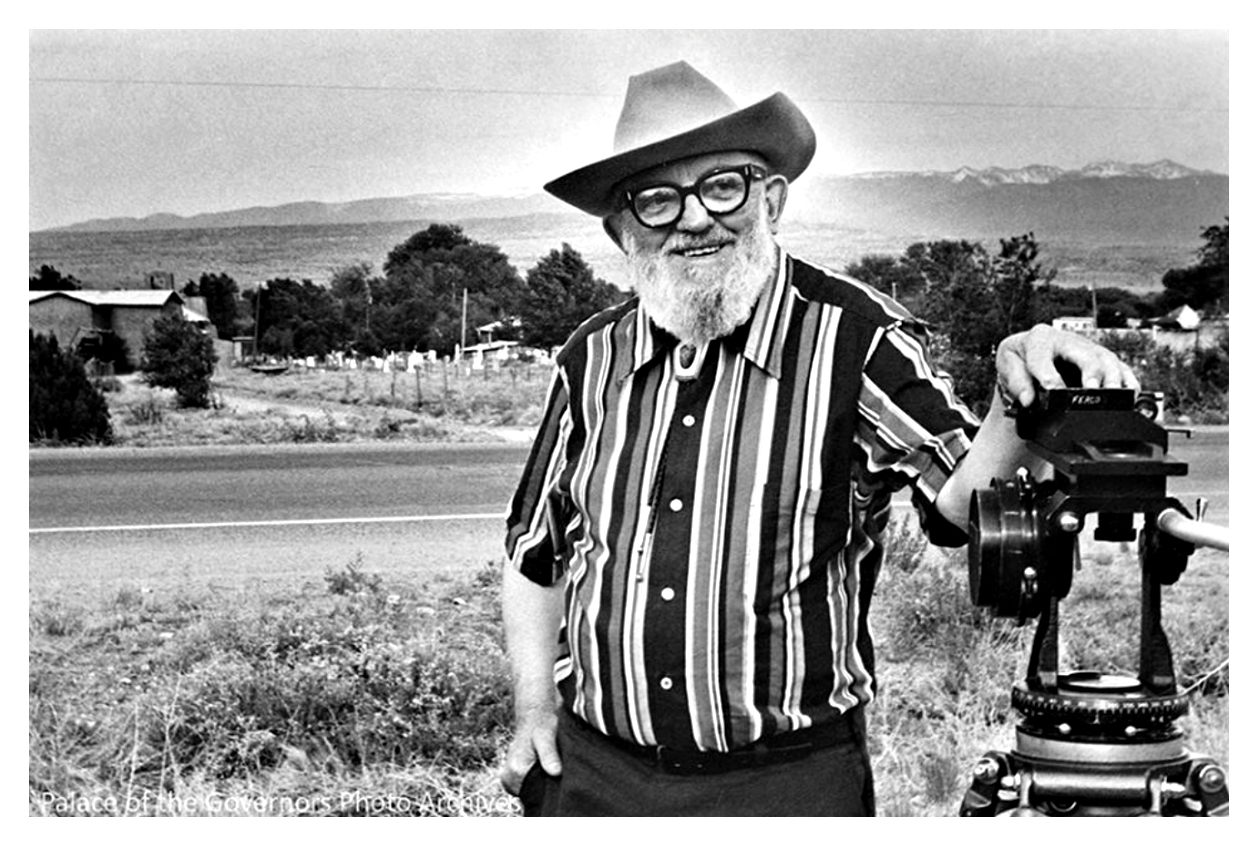 Ansel Adams at the site of the Moonrise photo.
Picture this
3 min read

Moonrise greatest photo of all time?

My editor and photographer Bruce Loney once told me it’s not so much what you put in a photo, but what you leave out — that can make or break a pic.

Loney was old school newspapers, from a time before digital cameras and memory cards, a time when every shot counted and you had to get it right — the first time.

Speaking of great photographs, this shot taken back in the 1940s is regarded as one of the best pictures of all time.

The photograph shows the Moon rising in a dominating black sky above a collection of modest dwellings, a church and a cross-filled graveyard, with snow-covered mountains in the background.

Adams captured a single image, with the dying seconds of sunset lighting the white crosses and buildings.

It’s certainly a nice shot, but that’s as far as I’d go, and I used to pick which shots would be run in the paper and even send a shooter back if they had failed to get what I wanted.

If you caught the recent 2020 World Press Photo Exhibition at the State Library in Sydney, you would have seen some really great pics.

The photo became so popular that Adams personally made more than 1300 prints of it during his long career.

Adams took the shot as part of a six-month contract to photograph lands under the jurisdiction of the US Department of the Interior that could be used as mural-sized prints.

He was accompanied by his young son Michael and best friend Cedric Wright.

They came upon the scene while travelling through the Chama River valley towards Española in the late afternoon of November 1.

Moonrise was first published at the end of 1942, with a two-page spread in U.S. Camera Annual 1943, after it was selected by “photo judge” Edward Steichen.

Some may consider this photograph a “tour de force” but I think of it as a rather normal photograph of a typical New Mexican landscape. Twilight photography is unfortunately neglected; what may be drab and uninteresting by daylight may assume a magnificent quality in the half-light between sunset and dark, Adams said.

Photographer, curator and friend, Beaumont Newhall, was curious that Adams did not know the date of the photograph.

He wondered if astronomical information in the photograph could provide the answer, so he approached High Altitude Observatory in Boulder, Colorado.

Focusing on the autumn months of 1941 through 1944, the Observatory’s David Elmore found 36 plausible dates for the image.

He was also able to determine a probable location and direction for the camera alongside the highway.

Using that location, he then plotted the Moon’s apparent position on his computer screen for those dates to find a match.

Over a 10-year period, including a visit to the location, Di Cicco concluded in 1991 “that Adams had been at the edge of the old roadbed, about 50 feet west of the spot on the modern highway that Elmore had identified”.

He reviewed his calculations with Elmore, who agreed with Di Cicco’s result.

He went on to take lots of other good pics.

CHECKOUT: Remember dialing 1194 to get the time?