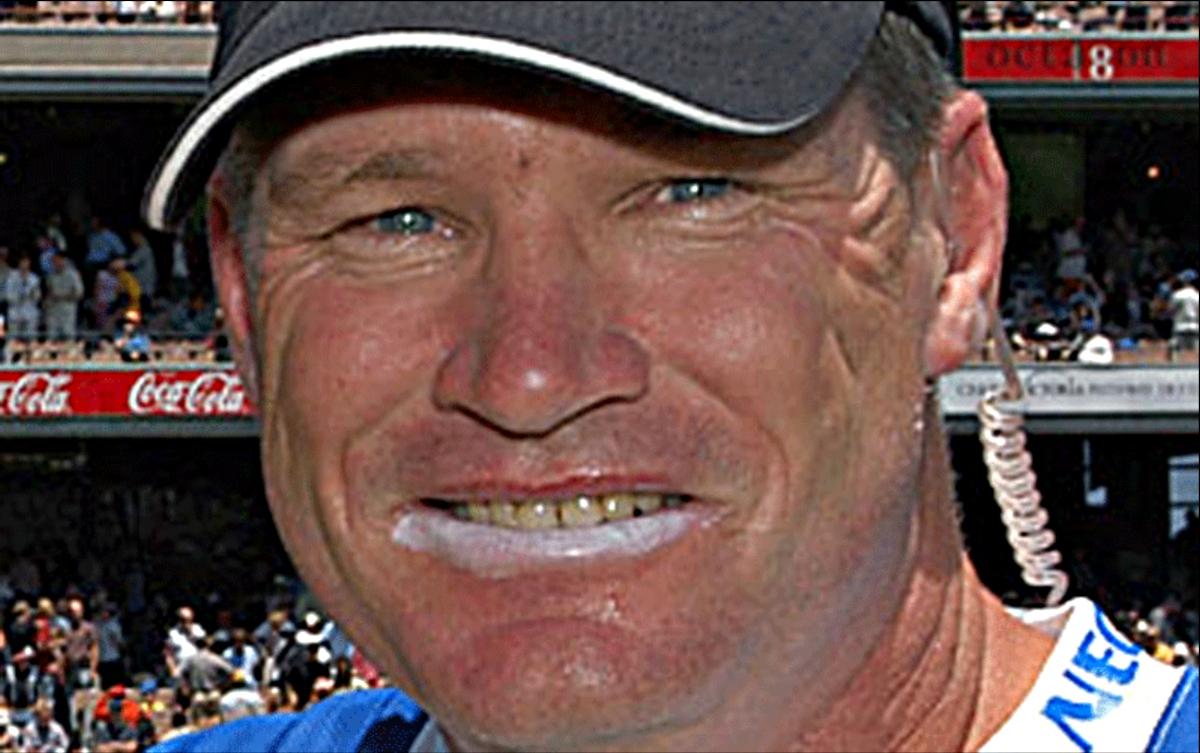 It was 1971 when a new TV series came out called Alias Smith and Jones.

It was about two outlaws, Hannibal Hayes and Kid Currie, who wanted to go straight, but had to stay out of trouble for a year to earn a pardon. They adopted the names Smith and Jones and tried to steer clear of trouble.

In 1984, comedians Mel Smith and Griff Rhys-Jones starred in a show called Alas Smith and Jones, a play on words of the earlier western.

Also in 1984, two young cricketers were starting to make a name for themselves in the Sheffield Shield.

Steve Smith (no relation to the current superstar), was a dashing opening batsman for NSW, while Dean Jones was a middle order batsman for Victoria.

Both were picked for the 1984 West Indian Tour.

At the time I remember a journalist wrote that the names Smith and Jones would be heard a lot in Australian cricket.

I think there may have been a reference to one or both of the TV shows, but my memory is not what it used to be.

Steve Smith made his test debut in the first test, while Dean Jones made his debut in the second test (for which Smith was dropped).

Despite the prediction, Smith didn’t play another test, and never played a test with Dean Jones, although they did play quite a few ODIs together.

Jones went on to bigger and better things and finished with 52 tests, scoring 3631 runs at a more than healthy average of 46.55.

Deano scored 11 centuries and twice went on to register a double ton.

His highest test innings was 216 against the West Indies  at Adelaide Oval in 1989.

Jones was run out.

In the same innings, Merv Hughes scored his highest test innings of 72 not out.

Together they scored a partnership of 114 against an attack that included Marshall, Patterson, Ambrose and Walsh.

There is a story going around that the great Don Bradman, who lived in Adelaide, visited the West Indian dressing during the test and was introduced to the players.

After he left, some of the fast bowlers were surprised at how diminutive “the Don” was and said they would have liked the opportunity to bowl to him, to show how they would have dealt with him.

The team manager glared at them and said: “Man, you couldn’t even get Dean Jones or Merv Hughes out. The Don would have murdered your bowling,”

Probably just a story, but I still like it.

Deano’s first ton and it was a double ton was 210 against India in the heat of Chennai in 1986.

It was Deano’s first test back after being dropped at the end of the West Indies tour of 1986.

Conditions were atrocious, with debilitating heat.

It’s said that at one point, he approached captain, Allan Border, and told him that he was totally spent — that he couldn’t go on.

Border’s response was fair enough, I’ll get a Queenslander to do the job.

Deano went straight back to the crease, and despite several vomiting attacks and suffering from dehydration, managed to make 210 — in a famous tied test.

That was the thing about Deano. He was a flamboyant and attacking batsman, but when it was needed — he could dig in and save an innings.

In a 1993 World Series Cup match against the West Indies, Jones demanded that Ambrose remove his white wristband as it was making it hard for Deano to see the white ball in Ambrose’s hand.

It was a planned move to get under Ambrose’s skin and put him off his bowling.

It backfired, with Ambrose taking five wickets and tearing through the Aussie batting.

While he didn’t get Deano’s wicket, Australia lost the match.

That was Deano. Always willing to stand up to the best bowlers in the world.

As has already been reported, Deano passed away this week in India, while working as a commentator for the Indian Premier League.

Another Aussie cricket great, faster bowler Brett Lee, performed CPR on the fallen Jones but was unable to revive him.

Tributes have poured in from around the cricketing would, including from Curtley Ambrose, who described him as always a thorn in the flesh of the West Indies.

RIP Deano. You will be missed.