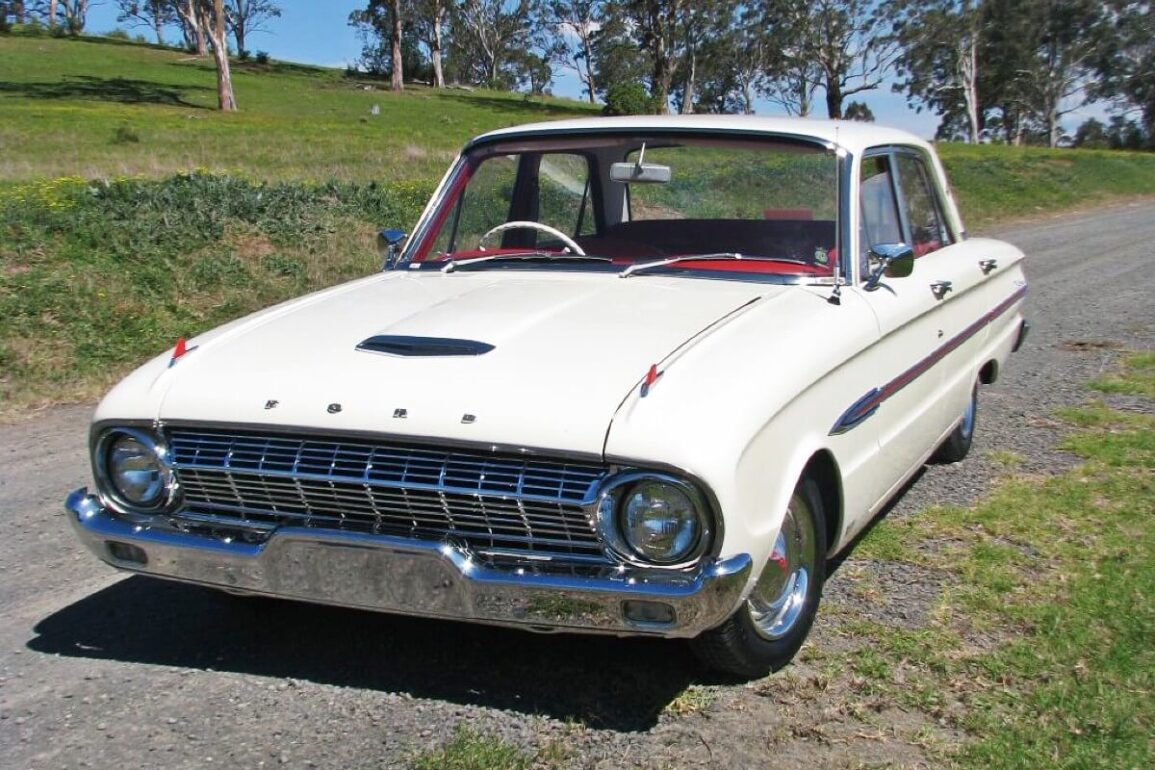 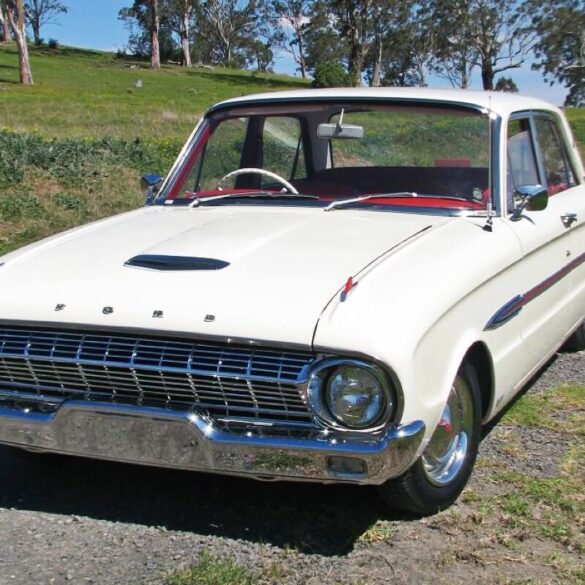 It was the year the Big Four — Chrysler, BMCA, Holden and Ford — all released new six-cylinder family cars.

Australian car buyers never had it so good.

Just three years earlier Holden had the family car market largely to themselves.

Ford Australia was well placed in late 1962 to compete with Holden, and withstand the impact of the new Valiant R/S and Austin Freeway/Wolseley 24-80.

The Falcon’s memorable advertising proclaimed it was “trim, taut and terrific” with clean lines and a “Thunderbird” inspired roof line.

In fact, the XL arrived two months ahead of the similarly shaped American four-door Falcon.

Both engines were larger and 15-33 per cent more powerful than Holden’s 15-year-old and woefully underpowered “grey” engine.

The model which gathered all the attention was the flashy “luxury” Futura.

Ford claimed the Futura added “swank to its ranks” and was “a whole new world of luxury, sizzle and fun.”

The Futura’s storied name was taken from Ford’s most celebrated and best-known dream car.

It was a name for the 1960s, space age triumphs, freedom and individual choice.

The car’s external embellishments were brash, boastful and came straight from the America model.

Rocket shaped slashes of chrome exploded along its flanks.

On the leading edge of the front fenders were translucent plastic wind splits.

The bonnet was topped with a chromed edged, but fake air scoop.

The interior upholstery was ultra-bright red.

The bucket seats were split by a chrome console.

The chrome trim on the dashboard wrapped around into the doors, a nice Thunderbird touch.

Ford approached the pricing and optioning of the Futura very differently to Holden.

Holden sold the Premier at £1420, which include a heater and automatic transmission as standard.

At £1252, the Futura’s price was only 10 per cent above the Holden Special and Falcon sedan and well below the Premier.

It was then up to the buyer to personalise their car with a bigger engine, automatic transmission, radio, white wall tyres and heater.

This strategy put the Futura’s flashy styling within reach of those with a bit more money to spend, but could not afford the 25 per cent premium Holden asked for the Premier over the Special.

Top of the range was the fake wood panelled Squire.

It had the “luxury” wagon market to itself until May, 1963 when Chrysler launched the Regal Safari while the EH Premier appeared in August.

The problem with the Squire was that the fake wood was just too American for Aussie sensibilities.

Sales were not strong.

I reckon the Squire would have sold much better if Ford had resisted the excessive Americana of imitation timber.

That said, it is a rare and much sought-after classic these days.

So, was the XL a Success?

I’m not about to gloss over the fact the XL was not as robust as its three competitors, but it did offer great styling and a range of options.

Indeed, the start of the local “options game” can be traced to the XL.

Ford may have only offered three sedan and three wagon models, two engines and two transmissions, but it was more than what Holden, Chrysler and BMCA had in their line ups.

And car buyers responded to the choices.

In today’s money, that’s the equivalent of about a $400 million boost in revenue.

The sales increase also gave confidence to those who had work hard at Ford to fix the XK Falcon’s problems.

For me, the most significant thing about the XL is that it clearly demonstrated that a growing group of car buyers wanted choice and were prepared to balance the risk of less reliability to get it.

It signified that the family car in Australia was transitioning into a consumer item, where style and keen pricing were now part of the equation.

And it has been that way ever since.