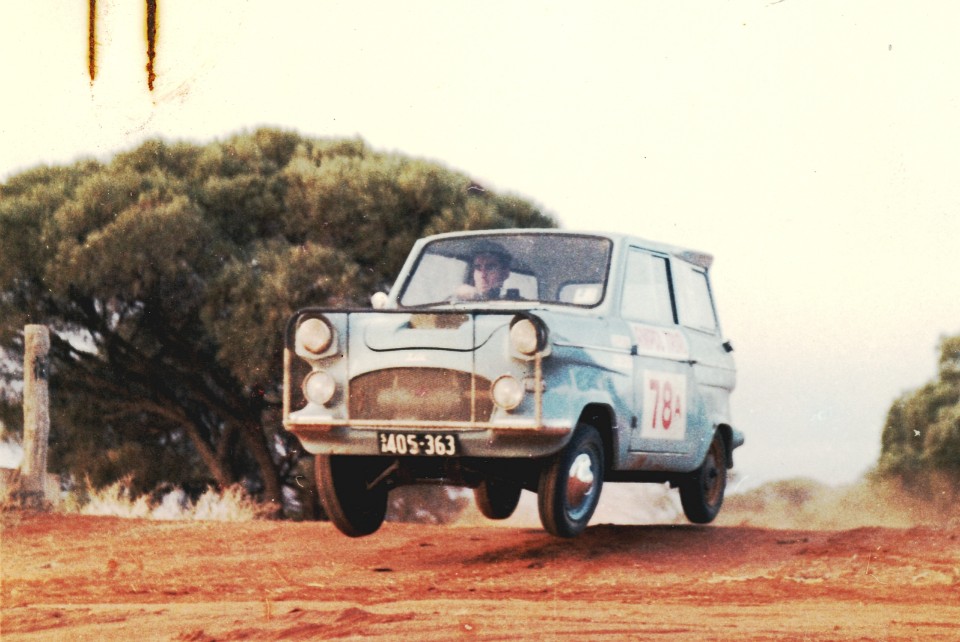 What do you think would happen, if a self-made millionaire approached the Government and said he’d fund, out of his own pocket, the design and manufacture of a simple, small car.

It would be made of light-weight, technologically advanced materials, cheaper than any car on the market — and would have export potential?

The project would also provide employment for thousands of people?

The polies would fall all over themselves to be part of the action.

They would rush to pull on their hi-viz vests and look for the nearest photo opportunity.

State governments would engage in an incentive bidding war to have the factory located within their borders.

And, no doubt, many in the motoring media would praise this initiative as a new dawn of Australian car manufacturing.

So, why didn’t that happen in 1962 when South Australian industrialist Harold Lightburn announced that he was building the Lightburn Zeta and selling it through Alfa Romeo dealerships?

Instead of thanks from a grateful government, Harold and his hard working team were treated with ridicule and regarded as fools.

Okay, so the Zeta Sedan was a little quirky, with its two stroke 324cc motor, no rear hatch back and lack of instruments.

And the low slung Sports model that had a 498cc engine was not much better either.

But was that a reason to heap so much scorn on the concept?

We all know the Zeta failed.

Sales amounted to less than 400 cars in three years.

Yet from my perspective, the Zeta was a noble and heroic attempt to develop an affordable ALL-Australian car, and Lightburn was not asking for billions of dollars of tax payers money to subsidise it either.

The first examples may have been crude but with more work the car had the potential to succeed.

It is a shame that no one stepped up to help Harold and his dedicated team.

Not the motoring media.

They all stood back and watched the Zeta, and its potential, go to the wall.

Since its demise the Zeta has been subjected to on-going sneering and snide articles by some motoring commentators. It’s an easy mark.

I think we ought to praise Lightburn for having the courage to give his dream a good old, “red hot Aussie go.”

It is time we remembered the famous words of former US President Theodore “Teddy” Roosevelt, in a speech he made in Paris on April 23, 1910.

In language and rhythm you do not hear very often these days, Teddy skewered all of those do-nothing armchair critics in a way that few have ever equalled.

He might as well have been talking about Harold Lightburn when he said: “It is not the critic who counts; not the man who points out how the strong man stumbles, or where the doer of deeds could have done them better.

“The credit belongs to the man who is actually in the arena, who strives valiantly; who comes up short again and again, who does actually strive to do the deeds; who spends himself in a worthy cause; who at the best knows in the end the triumph of high achievement, and who at the worst, if he fails, at least fails while daring greatly, so that his place shall never be with those cold and timid souls who neither know victory nor defeat.”

CHECKOUT: Backwards and forwards (and Borgward)