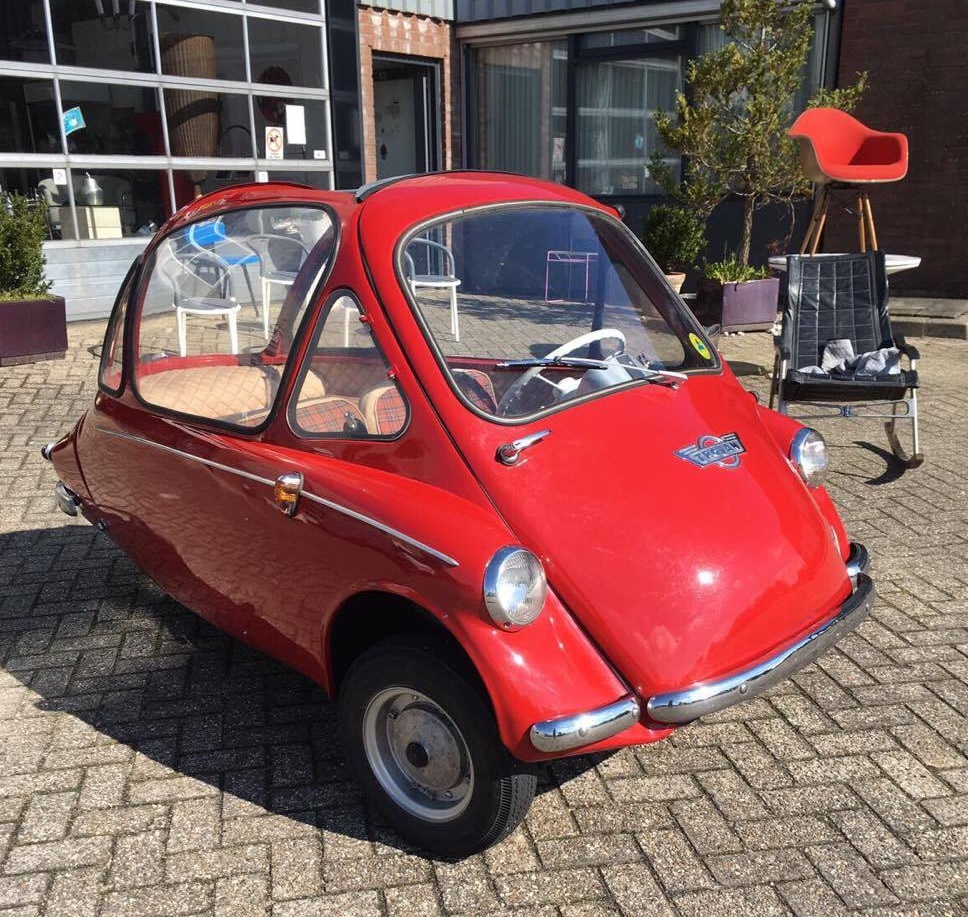 There’s a Heinkel hiding in that Trojan

Home
Wheel life
There’s a Heinkel hiding in that Trojan

“Look. Is that a Messerschmitt?” Rob asked, as we crossed the road at the University of WA’s car park, where the Cars and Coffee meeting had just started.

We were both wrong. Sort of.

The little red mobile airplane cockpit had whirred past and made its way into the car park, joining more customary show vehicles such as Jaguars, Alfa Romeos, Bentleys, a quartet of Ford Anglias and Porsches.

It turned out to be a Trojan, made in the UK — under licence from Heinkel.

Aircraft fans and war historians will recall the feared Heinkel HE-111 bombers of the Luftwaffe, but old Ernst Heinkel started building advanced aircraft well before that.

In fact, he was a pioneer of fast flying with express mail planes in 1932 and the world’s first turbo-jet planes, around 1938.

The company built about 40 different kinds of craft for the Luftwaffe — transport, fighters, bombers, seaplanes, trainers and flying boats.

After the war, Heinkel took a more grounded route, introducing its smart, streamlined Tourist scooter in the mid-1950s.

It had a 174cc 4-stroke engine, which allowed the fairly heavy machine to cruise along at 110km/h, and there was also a very sophisticated moped, the Perle.

It had a cast alloy unit frame, rear suspension, a fully enclosed chain and interchangeable wheels.

Like almost all mopeds of that era, it had a 50cc two-stroke motor. It was a bit pricey, but nearly 30,000 were sold.

Then, in 1956, along came the Kabine microcar, designed designed by Heinkel Flugzeugwerke and built from 1956 to 1958.

Then, production was transferred under licence to Dundalk Engineering in Ireland, but the quality-conscious Heinkel folk soon withdrew their licence when they saw what shoddy work the Paddys made of their neat little front-door car.

Production in the UK started once more, again under licence, with Trojan Cars Ltd.

Trojan first built cars in 1920 and its Heinkel in disguise was the last car to wear a Trojan badge. The company then built Elva sports cars until 1965, when it closed the doors of its Croydon factory for good.

Heinkel Kabines were also assembled under licence by Los Cedros in Argentina from 1959 to 1962.

The Kabine Model 150 had the same 6.8kW single-cylinder four-stroke motor as the Tourist scooter, and later models could be had with a 7.4kW engine.

Some Kabines had three wheels, others four.

To get into a Kabine, or Trojan, you simply opened the front, climbed in, turned around and sat down, then leaned forward to pull the door closed.

Each came with a sun roof, which not only looked cute and sporty, but was designed as an escape hatch in case you parked your vehicle in a spot so tight that you couldn’t swing the front of it open. Or if you collided with almost anything and were trapped inside.

I’d seen lots of Heinkels, Isettas, Messerschmitts, Goggomobils and Fuldamobils on the streets of Johannesburg in my younger days, but never a Trojan. Which really is a Heinkel.