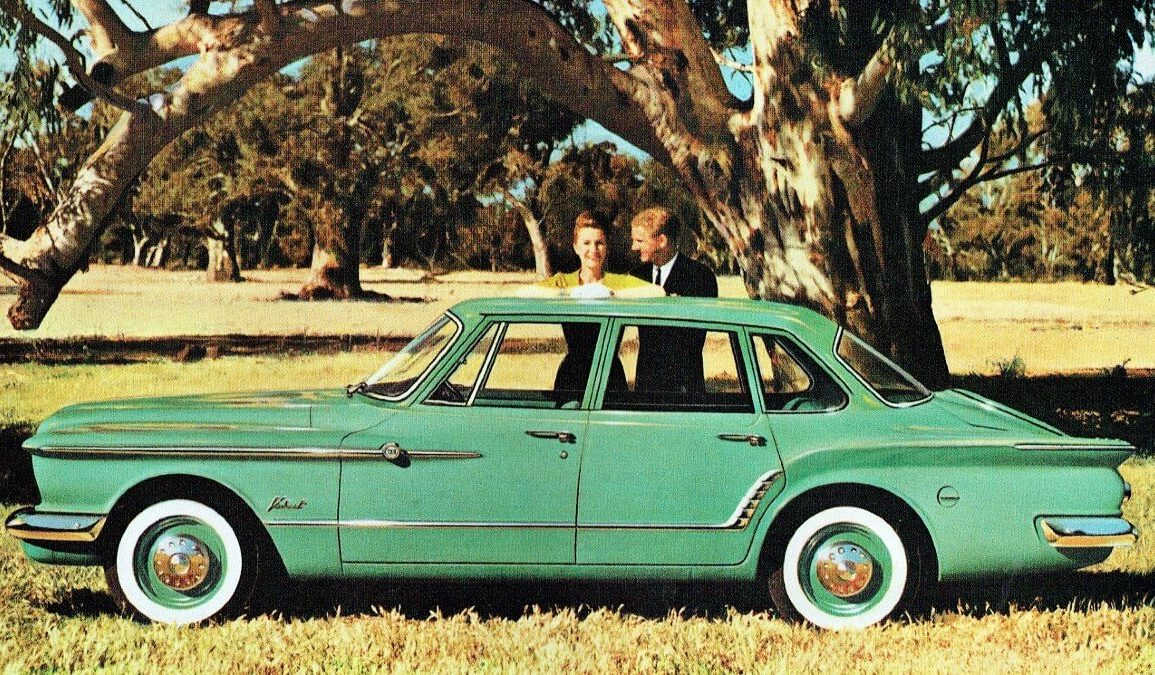 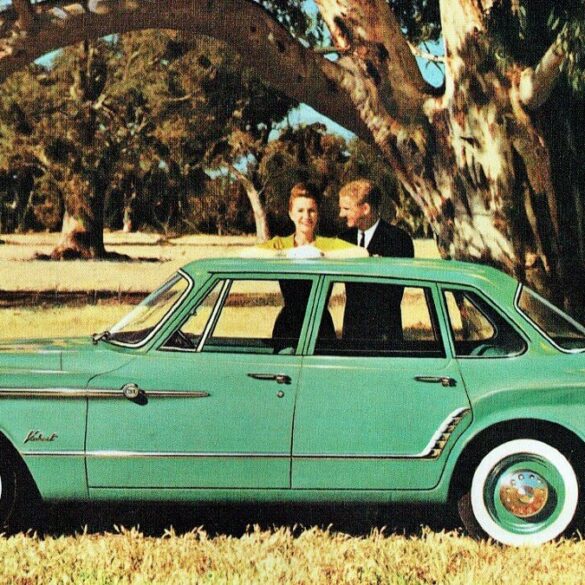 Nineteen sixty-two was a pivotal year in Australia’s automotive history.

Holden sold its one millionth car and the Datsun Bluebird went on sale, foretelling the rise of imports.

It was the year Australia’s new car buyers were bedazzled, with more choices than ever before.

The R model Valiant was the first cab off the rank.

It was unveiled on January 18 and was an immediate sell out.

For Chrysler Australia, the Valiant was the result of a get bigger or go home strategy.

Until then, the company had been selling a patchwork of French Simcas and look-a-like DeSotos, Plymouths and Dodges.

The three American models were combined, in 1957, into the Chrysler Royal.

A year later the Royal was supplemented by the imported and very expensive Dodge Custom, DeSoto Firesweep and Plymouth Belvedere.

This line up lasted until 1960 when the Dodge Phoenix replaced the trio.

Year after year this ever-changing mish-mash of marques and models generated only three to five percent market share, and was not a stable foundation for a financially sustainable future.

In short, Chrysler Australia was a niche player — just hanging on. 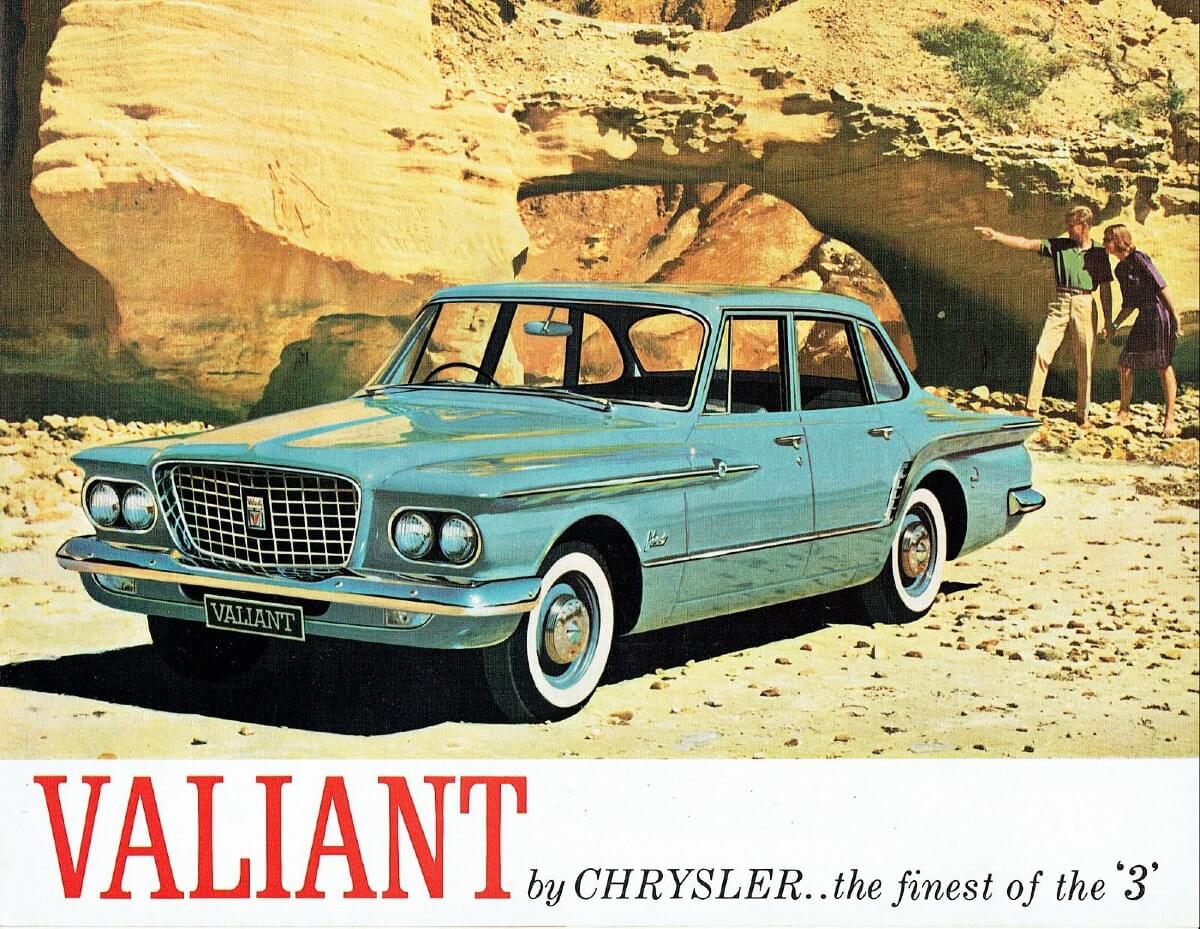 In early 1960 Chrysler Australia executives travelled to Detroit in a bid to convince their American bosses they desperately needed the company’s new American Valiant “compact” sedan.

Failure to secure the Valiant meant the real likelihood of closure.

The stumbling block, however, was that Valiant had been engineered for left-hand drive only.

The changes needed to belatedly convert the car to right-hand drive included a new dashboard and pushing the engine 25.4mm to the left, so the steering shaft could be accommodated — as well as re-routing gearbox and brake linkages.

The Yanks agreed that something had to be done and a right-hand drive Valiant was commissioned.

Best of all, the decision was made to install the big 225 cubic inch/3.7-litre six-cylinder engine — not its smaller 170 cubic inch/2.8-litre sibling.

Because of Chrysler’s limited manufacturing capabilities, the R and S models were built from completely knocked down (CKD) packs which originated in Windsor, Canada.

The Valiant was priced about five per cent higher than the Holden and Ford, due to its import status.

To overcome this monetary disadvantage it offered added value for its extra cost.

And one big part of that added value came in extra horsepower.

The 145bhp/108kW motor boasted a stunning 95 per cent more horsepower than that offered by Holden.

Yes, you read that right — 95 per cent more than the Holden’s wheezing old engine.

It made the Valiant a true 100mph/160km/h car, a revelation in family motoring at the time.

Another point of well publicised difference was the “big car ride” of the torsion bar front suspension.

Valiant’s standard features eclipsed those of the Holden Special and Falcon Deluxe.

Up front were four headlights and down the back were reversing lights.

It rolled on larger 14-inch wheels.

An automatic choke made starting easier (the competition made do with a manual choke).

It matched the Falcon’s low roof line, which made it a very noticeable 140mm below the EK Holden.

It also had 10 per cent larger brakes than competitors — and the biggest boot, too.

Occupants were pampered, by the standards of the day, with a padded dashboard, arm rests on all doors and sun visor vanity mirror.

The three-speed manual transmission was engaged via a sporty floor mounted shifter.

It moved to the column with the S series.

For those who chose the automatic, there was the unique privilege of selecting gears with space age push buttons. It was so cool.

With all this “luxury” and abundant power it is no surprise the first 1008 of the R series sedans built sold out immediately.

This was an unplanned success and Chrysler Australia was forced to hastily import and assemble the slightly facelifted S series.

In the meantime, the replacement for the R/S series was almost ready for release in the USA.

Chrysler Australia was on its way to becoming number three in our car market.

Not only that, the R/S Valiant kicked off the horsepower race, a rivalry was to last for the next six decades, until the final Commodore was put to bed — a red SS V8.