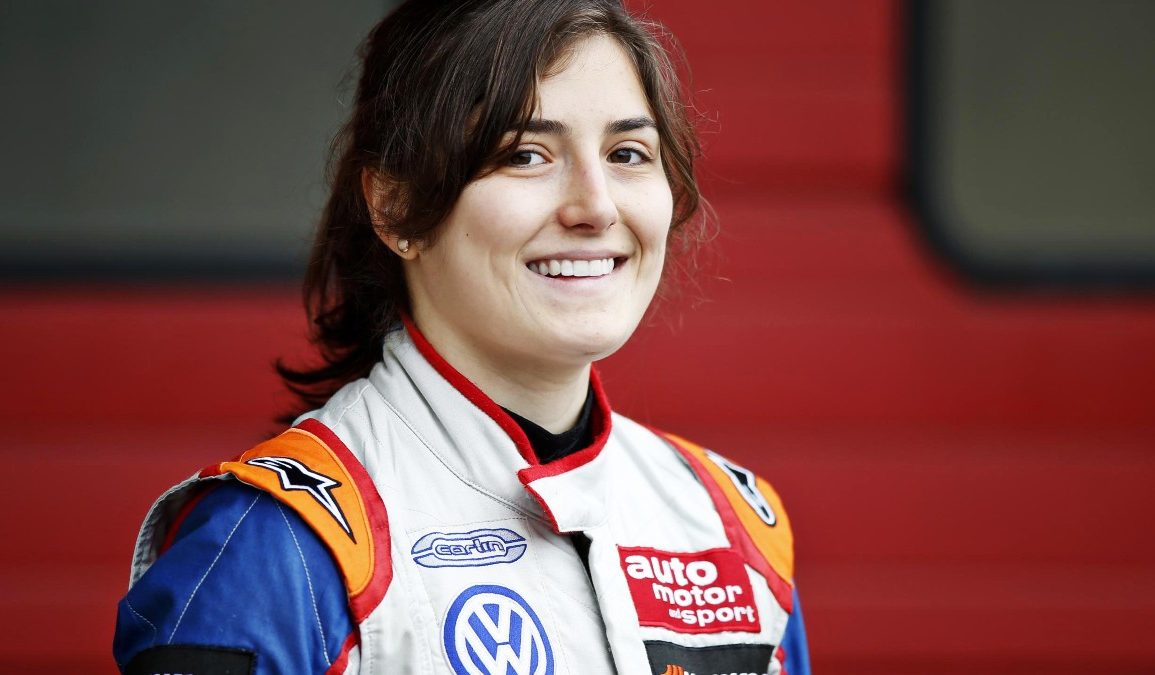 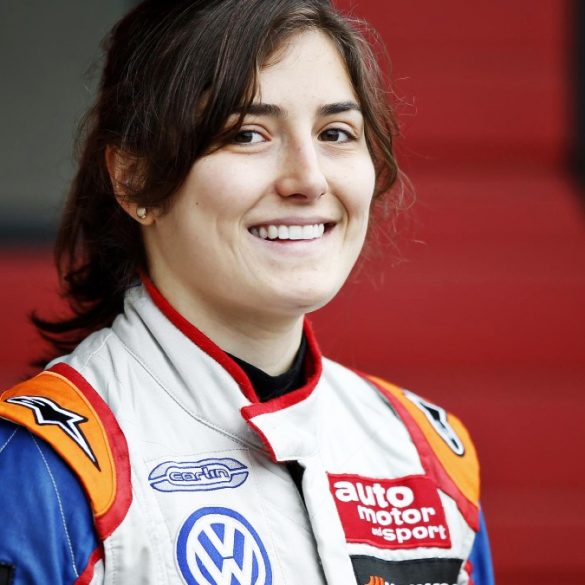 AFTER a long time in motor racing, including some years as a test driver in Formula 1, Colombian Tatiana Calderón is finally getting a drive in serious competition.

She has just been signed by legendary IndyCar driver and team owner AJ Foyt to steer a third car for his team in the NTT IndyCar Series in 2022.

The comely Miss Calderón will also be the first female driver with a regular seat in the series in nearly a decade, the last being Simona de Silvestro in 2013.

Born into a family of car dealers, Calderón began racing go-karts at the age of nine, and was the first woman to win national karting championships in either Colombia or the United States.

She progressed to car racing at the age of 17 in the Star Mazda Championship, taking two podiums in the 2011 season, a race victory in the 2014 Florida Winter Series and was runner-up in the 2015–16 MRF Challenge Formula 2000 Championship.

Calderón was the first woman to stand on the podium in the British Formula 3 International Series and the first to lead a lap in the FIA Formula 3 European Championship.

Calderón was employed by the Sauber Formula 1 team (which has morphed into Alfa Romeo Racing) as a development and test driver.

Now she will become the first female driver to race for four-time Indianapolis 500 winning Foyt, alongside teammates Kyle Kirkwood and Dalton Kellett.

The trio will compete on road and street courses, which make up 12 of the season’s 17 races.

She will not drive in the Indianapolis 500.

Calderón had been on AJ Foyt’s radar for a while. When the team gave her an opportunity to test with it last July, she cemented the organisation’s interest in her for the long-term.

“When the chance came to test an IndyCar last July, I felt really great with the team in the car,” Calderón said.

“We’ve been in discussions since then, but good things take time, and we finally managed to put everything together last week.”

The team is expected to soon announce a fourth driver who will replace the 28-year-old Calderón in the five oval track races.

“Tatiana showed a lot of potential in her test at Mid-Ohio last July. With Dalton Kellett in the No. 4 I think our three-car team is in for an exciting season.”

The 2022 IndyCar season starts on February 27 with the street course race in St Petersburg, Florida.

“Ever since I started my single seater career in the US eleven years ago, IndyCar has been a reference for me and it’s a dream come true to be on the grid this year,” Calderón said.

“I can’t wait to get to St. Petersburg for the first race of the season.

“I’m well aware of the challenge ahead, but this is the chance of a lifetime and I’m keen on making the most of it.”

Calderón moves to IndyCar after spending the last two seasons racing in Super Formula in Japan, as well as serving as a test driver the last four years for the Alfa Romeo Formula 1 team.

“I think Super Formula is a great preparation for any single seater series,” Calderón said.

“It’s a super quick car, very tricky. Also I had to learn how to communicate differently. The culture was very different, as well. But I think that has prepared me more for this opportunity.”

Although she’s uncertain whether she’ll continue in her reserve role for Alfa Romeo in Formula 1 when she’s not focusing on IndyCar races, Calderón will test later this week in Sebring, Florida, along with several other drivers she’ll compete against in this year’s IndyCar season.

“It’s an honour to be racing in IndyCar after I started my career 10 years ago, and  I will obviously make the most of this opportunity.

“I can’t wait to see where we end up in the first race, but obviously build up to it step by step, and I think as long as we improve every time we’re on track — I’ll be happy.”

Racing fans will also be delighted to see a lass on the circuits this year.

Oh, the NTT in the Indycar Series for this year is not really an All-American affair.

It stands for Nippon Telegraph and Telephone Corporation.

It’s the same company that runs a public transport ticketing system for Victoria, Australia and is also doing some work for BMW Group and Audi — among many other major projects.

NTT is ranked 55 in the Fortune Global 500 and provides about US $106 billion worth of IT services every year.