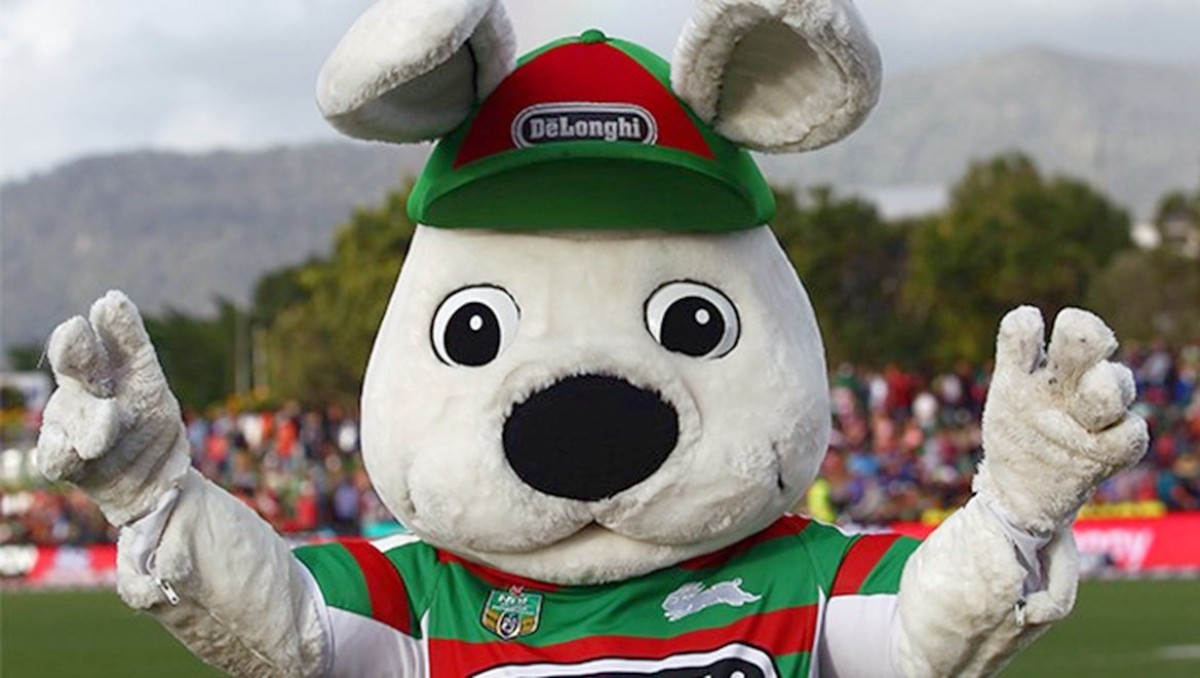 Fans are what makes sport such a fantastic spectacle.

We got a glimpse last year of what sport looks like when there are no fans.

For a few months, Rugby League was played in empty stadiums.

In an effort to improve the atmosphere, the NRL introduced cardboard cutouts and soundtracks of fans cheering.

This did little to improve the atmosphere and, at the time, I wrote the cardboard cutouts reminded me of the movie Blazing Saddles, while the soundtrack recalled an episode of Seinfeld — not that there’s anything wrong with that.
So, it’s clear that we need crowds at sporting events and the more the merrier.
I’ve been to nearly a dozen Grand Finals in my time and one State of Origin, some of which attracted more than 80,000 screaming fans.
I’ve also been to the first day of a Boxing Day Test with more than 90,000 cricket fans.
Fans pay big money for the pleasure of cheering home their favourite team.

In return, they expect that to express their opinions about the state of play and quality of everything, from decisions of the referees, to the taste and price of the beer and everything in between.
Over the years, I’ve attended hundreds of sporting events and heard many clever and witty comments from the crowd, and plenty that weren’t so clever.
As long as you don’t cross the line, it actually adds to the spectacle of the game.
I’ve been known to question the ethics of opposition plays, as well as the optical abilities of referees.
In my view, as long as the “verbal” is not bigoted, and as long as it does become physical, fans should be able to express themselves.
Many years ago, I attended a weeklong training course in Newcastle with my old cricket mate.
We went to an NBL game between the Perth Wildcats and the Hunter Pirates.
We were sitting half a dozen rows behind the Perth bench.
Anyway, my mate and I started sledging Scott Fisher, the coach of the visiting Wildcats.
Some of the locals were amused by our clever verbal tirade.
Encouraged by the crowd, we continued our barrage for the rest of the night.
At one point, Fisher turned from the game and looked in our direction, with a quizzical look on his face, as if to say: “What have I done to you?”
While we never “crossed the line”, we danced on it so much that night that it needed repainting.
So who should be immune from these verbal altercations?
For one, opposition fans who have come to quietly watch the game, should be left to watch in peace.
If they do engage with your team, they should expect return fire.
Stadium officials should also be left alone to do their jobs, as should club medical staff.
And one group who should be off limits to any type of negative interaction are the club mascots.
Last Friday night, at Stadium Australia, a group of Canterbury fans physically confronted the South Sydney mascot, Reggie the Rabbit.
Reggie is one of the oldest and best loved mascots in the NRL. He not only attends every home and away game, but also makes hospital visits and attends other charity events.
Ever since I took my daughter to see a Souths game, she fell in love with Reggie. Even now, at age 30, she insists on going down to the fence to give Reggie a High Five.
Reggie first appeared in 1968, when Souths stalwart, entertainer Don Lane, brought a rabbit suit back from the US in time for the 1968 Grand Final, which Souths won 13-9 against Manly.
One of the early people to don the suit was club groundsman, Reg Fridd.
Reg lived under the grandstands at Redfern Oval, and once he took over, the name Reggie the Rabbit was born.
Since Souths re entered the competition in 2002, the suit has been worn by Charlie Gallico.
Charlie bleeds Red and Green and hasn’t missed a game since he took over.
Charlie leads out the Souths player at every game and is a Life Member of the club.
So what do the players think of Charlie? They love him.
Let me give you an example. Back in 2013, Charlie’s beloved wife, Sofia, died.
Charlie was heartbroken. Sofia had been in the grandstand at just about every game where Charlie had donned the costume.
First graders Sam Burgess and Jason Clark were honoured when the family asked them to be pallbearers.
Sofia was buried on Friday and on Saturday, Souths played Newcastle at Stadium Australia.
For a brief period, it looked like Reggie would not be at the game, as Charlie wasn’t sure he could do it — but his daughters assured him that is what Sofia would have wanted.
That Saturday night, Souths football manager Mark Ellison informed Charlie that the players didn’t want Reggie to lead the players out as he normally does.
The players wanted to run out first and form a guard of honour for Charlie.
At the end of the game, current captain Adam Reynolds and Isaac Luke carried Charlie off the field on their shoulders, just as Bob McCarthy had chaired John Sattler off the field at the end of the 1970 Grand Final.
Most of the crowd on that night didn’t know the importance of that gesture and certainly none of them knew that inside the suit, Charlie was crying his eyes out.
BUT, back to Good Friday. At the end of the game, Charlie made his way around the ground, as he always does.
As always, the fans loved it, until he came across a group of some six Bulldogs supporters, who thought it would be hilarious to bully the diminutive club mascot.
They even recorded their actions and uploaded the video to social media.
At one point, one of them can be heard saying “punch him again” — before Charlie was allegedly pushed over.
Stadium Australia and Souths are investigating this very serious issue.
If Charlie was punched and pushed over, the police should also be called in.
People like this have no place at our sporting events and if identified, should be the subject of the harshest possible sanctions.
To say they crossed the line is like saying Bill Gates is financially comfortable.
It should be noted Souths walloped the Bulldogs, 38-0 in a comprehensive victory that day.
No matter what happened, Reggie was back on deck Thursday night as Souths took on the Broncos.
In honour of the late great Tommy Raudonikis, Souths players linked arms and formed a circle for a moment of silence — all 17 players, plus of course Reggie the Rabbit.
And remember, there’s no such thing as too much sport!
See also
Sport mad
3 min read