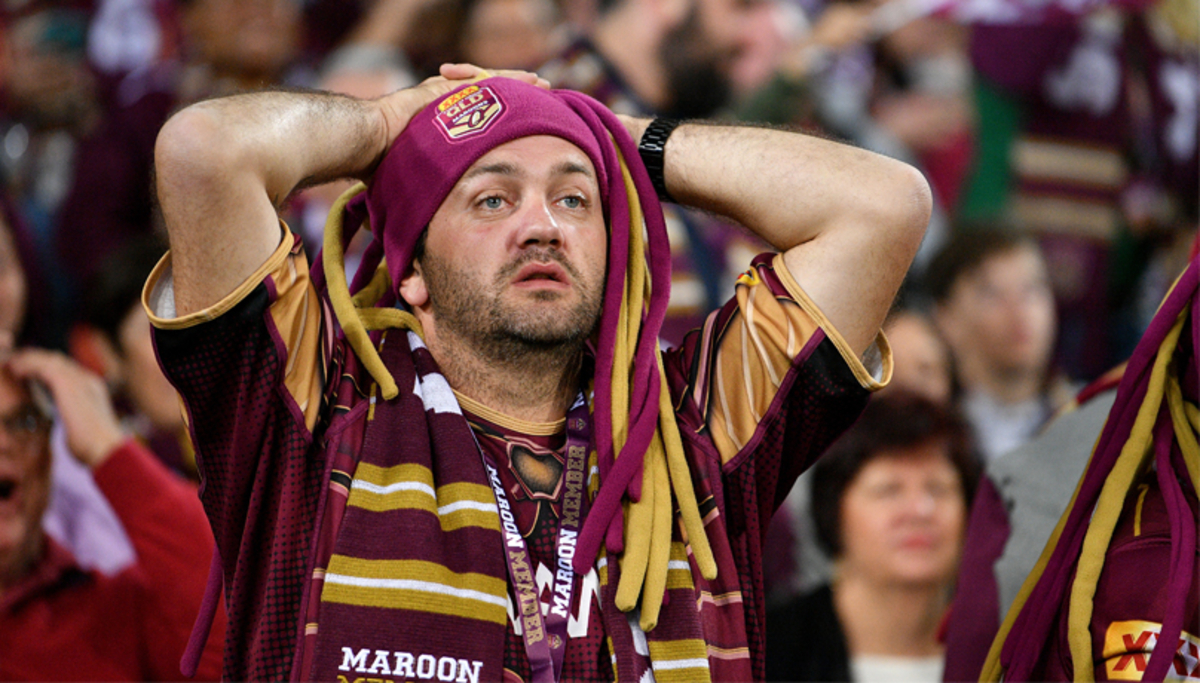 Most of us remember the story of Chicken Little.

He ran around telling us the sky was falling because a leaf fell on him.

The context was that he believed the world was about to end.

There are many variations of the story, but in some of the early stories, Chicken Little spent so much time running around worrying about the impending “end of the world” — that he ended up being eaten by Foxy Loxy.

The moral is that if we spend too much time worrying about what might happen, we lose sight of the present, which in the case of Chicken Little lead to his early demise

I was reminded of the story of Chicken Little when NRL head honcho Peter V’landys decided recently to clamp down on dangerous head contact.

Overnight, he decided that contact to the head in tackles would lead to the sin bin.

Many believe that his decision was partially inspired by a couple of ugly incidents from the Round 9 clash between Parramatta and the Roosters.

In that game, on-field officials and the bunker missed a high shot from the Eels’ Marata Niukore on James Tedesco, and sliding knees from the Eels’ Dylan Brown on Drew Hutchison that left Drew with broken ribs and a punctured lung.

Both players were subsequently handed suspensions.

The edict meant that the bunker would simply judge whether there was significant contact with the head, and not whether it was a reportable offence.

Some players were upset that they found out about it in an email a week before Magic Round.

Some fans were horrified and cried that games would be decided by the bunker intervening to sin bin a player for minor foul play.

So why did V’landys decide all of a sudden to crack down of contact to the head of players?

There are three reasons to take such action:

It is the responsibility of every of every employer to provide a safe and secure work environment.

By outlawing unnecessary head contact, this will reduce the risk of players suffering from the effects of multiple head injuries.

Players from the Seventies and Eighties treated head knocks and concussion as a badge of honour.

You were seen as weak if you succumbed to a head knock.

As a result more and players from that era are suffering the long term effects of multiple head knocks.

Whit is in his early 60s and played junior football with a player who went on to become a legend in the game.

A man who was as tough as anyone who played and treated a concussion as today’s players would treat a corked thigh.

Recently, Whit bumped into his old mate in a store and had a chat to him.

It was clear to Whit that the other bloke had no idea who Whit was, but smiled and nodded as most former players do when they meet fans.

Later, the shopkeeper said loudly what a pleasure it was to have the great Mike Whitney in her store.

The former player looked over to Whit with a sad look on his face as he realised the stranger he was talking to was in fact a very good friend.

I have chosen not to mention the player’s name, but this is a result of multiple concussions.

Dementia used to be reserved for people in their 80s, but we are now seeing people being diagnosed in the 70s, 60s and 50s –sometimes even younger.

Any employer who fails to provide a safe work environment runs the risk of being sued when an employee is injured due to negligence.

While the current NRL Board can do nothing about practices of the past, it can at least put structures in place so that if in 20 years time, a player from our current game sues due to brain damage due to multiple concussions, they could argue the new rules have demonstrated the NRL is doing everything in its power to stamp out head knocks, and that the player should instead take legal action against the player who attacked the head.

This is nothing new. The  great Steve Rogers successfully sued Bulldogs hooker Mark Bugden for a high tackle that left Rogers with a broken jaw in 1985.

3. Future of the game

A recent report has found that player numbers are dropping at an alarming rate at junior level.

Many people believe the decline is due to mothers not wanting their sons to participate in a sport that has the potential to leave them with serious head injuries.

Penrith and Parramatta are the junior districts with the largest participation in the NRL.

Parramatta has seen participation drop by 26 per cent since 2015.

To put it simply, over a six-year period, a quarter of junior players in Parramatta stopped playing Rugby League.

If that trend continues, there are serious concerns for the future of NRL, as talented juniors opt for other sports.

Rugby League seems to be a step behind Rugby Union when it comes to player safety.

Rugby Union banned the shoulder charge years before the NRL did, and contact with the head of an opposing player has been a yellow card in Super Rugby for quite a while now.

I really don’t care which of the three reasons above made the NRL take this drastic action. It had to be taken.

And while there was an alarming number of players sin binned during magic round, that number has gradually reduced in every round since as players (and coaches) realise that if they want to keep 13 players on the field — they need to adjust their tackling styles.

State of Origin has always been seen as a different game altogether, where there is a bit more leniency given to a bit of “rough” stuff, but the NRL has made it clear that the new interpretation will be used in State of Origin.

Some people are bleating this could see State of Origin decided by excessive sin binning.

We have had four rounds under the new interpretation, so any player chosen to play in State of Origin are well aware of what is and isn’t allowed — and any player sin binned for foul play has only themselves to blame.

And last time I looked, the sky was still up there.