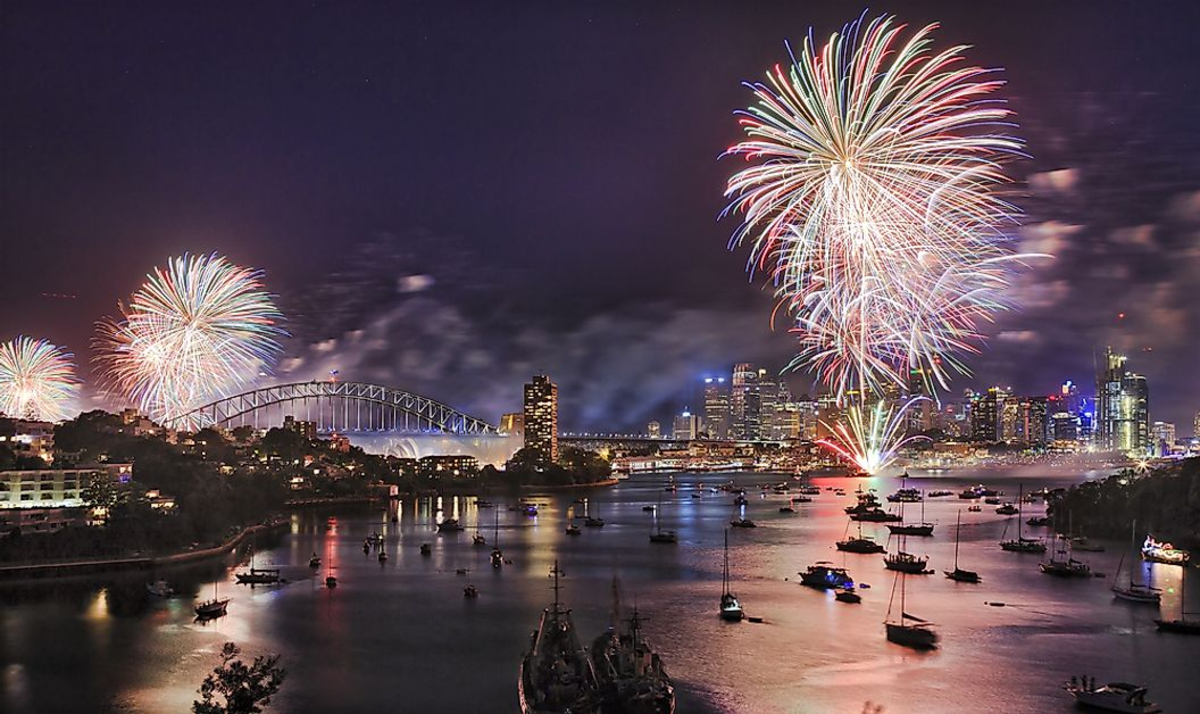 Home
Listen up
New Year’s Eve — to party or ponder?

Around the world people are preparing to celebrate New Year’s Eve, the end of one year and the beginning of the next — in this case 2021.

For most of us it has been a year like no other, as nations combine to fight a common enemy, the COVID-19 virus, which has claimed the lives of hundreds of thousands of people, many of them elderly — all with friends and relatives to mourn their passing.

It’s not the first time the future of humanity has come under fire — World War I and II spring to mind — but this is a different kind of enemy, one that can’t be seen with the naked eye but can kill you just the same.

In many ways, 2020 represents a missed opportunity, the opportunity to focus with ‘2020’ vision on the problems facing the world and, like the pandemic, to join together to do something about them — Climate Change would have to top the list.

Why wait until Climate Change threatens our very existence to do something about it.

If nothing else, the pandemic is a wakeup call — a warning there will be consequences.

Perhaps as the clock strikes 12 we should reflect upon this?

Of course, due to the fact the world is divided into many time zones, New Year’s Eve is celebrated at different times and on different days around the world.

Time changes by plus or minus 60 minutes with every 15 degrees west or east of the Prime Meridian (zero degrees longitude).

But the borders are not exact and deviate to reflect national and international boundaries.

Being close to the international date line, many people point to Australia’s Sydney Harbour fireworks display as the beginning of New Year celebrations.
Beating us to the punch however are the island nations of Tonga, Samoa, and Kiribati.
New Zealand follows next in the celebrations, followed by Australia, Japan, and South Korea.
Last but not least is Baker Island, a small atoll in the South Pacific owned by the US, a wildlife refuge that is home to endangered sea turtles.
Other countries and cultures celebrate the New Year at different times like Chinese New Year, which is celebrated between January 21 and February depending on the new moon of the first month of the lunar month.
Rosh Hashanah, is celebrated on the seventh month of the Hebrew calendar, Hijri New Year celebrated in the first day of the Islamic calendar, and the Ethiopian New Year.
Others include the Korean Seollal, Balinese Nyepi, Iranian Nowruz, Sri Lankan Puthandu and Hindu Diwali.
New Year was first celebrated on January 1 in 153 BCE in Rome by the civil Roman calendar, which marked the beginning of tenure for new Roman consuls.
The celebration was not strictly adhered to however as many Romans still celebrated new year on March 1.
In 46 BCE Julius Caesar started using a solar-based calendar which marked January 1 as the first day of the New Year and was widely observed in the Roman Empire.
In medieval Europe, January 1 was briefly abolished as the New Year, as it was considered a pagan holiday.
It was later restored as New Year following the introduction of the Gregorian calendar in 1582.
[irp]
Celebrations take different forms around the world.
In Saudi Arabia the fun police have put a stop to festivities.
As the Islamic calendar is the official calendar, the religious police (Committee for the Promotion of Virtue and the Prevention of Vice) enforce a ban on public festivities to celebrate the Gregorian New Year.
Shops can be fined for offering New Year’s-related products and these can be confiscated — but by and large the organisation does not pursue individuals for holding private celebrations.
Other countries welcome the New Year with sometimes odd customs: