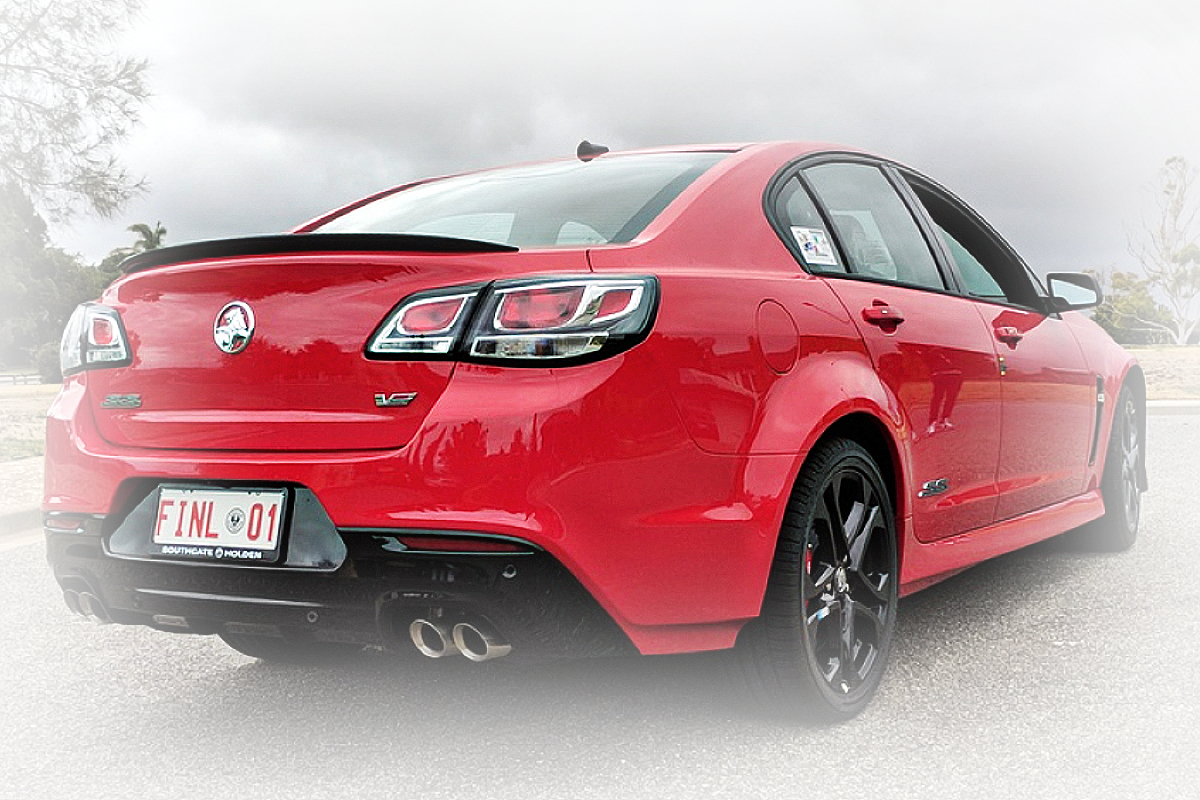 Last Commodore up for grabs

But this weekend a 2017 Holden Commodore SS V Redline VF Series II Auto sedan is expected to fetch mote than $500,000 when it goes to auction.

To be fair, it’s the last one Holden made. The very last one to roll off the line, in fact — but it represents a handsome profit for someone.

Guess Aussies loved Holdens more, but not that much more . . . or it would still be around.

The current auction is being handled by Lloyds Auctions which says there has been an increasing interest in Holdens since the company stopped manufacturing in 2017.

Bidding for a Maloo ute listed for sale in the same auction is currently sitting at more than $1 million.

“This car was a secret project built under the cloak of silence to celebrate two Australian icons,” Lloyds’ Lee Hames said.

“The first being Holden and the second being a classic Aussie ute.

“This is arguably one of Australia’s most collectable muscle cars and its 1 of only 4 ever built.”

Back to the SS Redline.

The current owner came into possession of the car almost by accident.

The man worked at Holden for more than 14 years and was privileged to have played his part in the manufacture of this car.

Through a chance discussion on the last day of manufacturing he became aware the car had been allocated to a dealer, but had not in fact been sold.

Armed with this information he set out to to find the dealer and buy the car, to save it from obscurity and to stop it from being sold to an unsuspecting customer.

The man bought the car sight unseen, before it had even arrived at the dealership — subject to his wife’s approval.

True story. It’s on the contract.

The dealer by the way was unaware of the status of the car, or its significance.

The car is in the same condition as it rolled off the production line at Holden on October 18, 2017.

Pre-delivery was not requested by the owner and as such all the stickers, plastic seat protector, plastic steering wheel protector, destination label etc are still on or with the car.

It has been kept under cover since its return to South Australia from the Victorian dealer, travelling only a short distance for service.

“We are very excited to offer the very last Holden ever framed, stamped and painted in Australia . . . the very last one,” Hames said.

“The interest in this car has been phenomenal, we have had enquiry from collectors, investors and Holden enthusiasts from all over the country, phones are ringing off the hook night and day.

“There are some very passionate Holden enthusiasts and collectors looking to own this special piece of Australian history.

The auction is happening as we speak and is due to finish midday, Saturday, January 30.