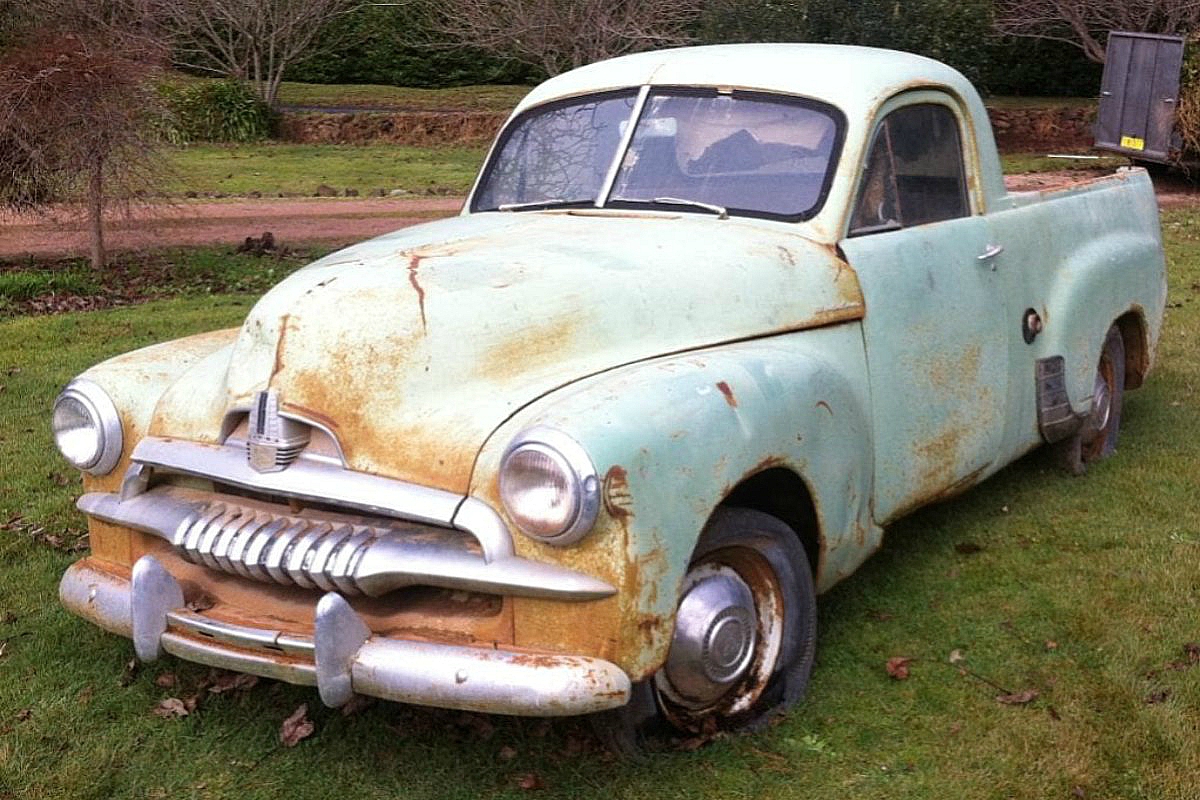 She’s had the dick: GM writes off Holden

In the bush, when a working dog reaches the end of its useful life — it’s taken out and shot.

General Motors (GM) got out the lead yesterday and is taking Holden for a long walk, with news the iconic brand will be killed off.

In the last four years, all three of the major car brands — Ford, Holden and Toyota — have stopped building cars in Australia.

But this week GM decided to take things a step further, the ultimate step — it will stop selling cars altogether by the end of the year in Australia.

That’s right — no more Commodores, no more Colorados — no more Holdens of any kind in fact.

In a statement littered with American spellings, GM which owns the iconic Aussie brand, said the Holden brand will be “retired” from sales in Australia and New Zealand, with local design and engineering operations to be wound down by 2021.

Its Maven and Holden Financial Services operations will also be wound down in Australia.

“Through its proud 160-year history, Holden has not only made cars, it has been a powerful driver of the industrialisation and advancement of Australia and New Zealand,” Blissett said.

“Over recent years, as the industry underwent significant change globally and locally, we implemented a number of alternative strategies to try to sustain and improve the business, together with the local team.”

Australia should not feel as though it has been singled out.

GM is also withdrawing from other right-hand drive countries around the world, brought on by what it calls fragmentation of the market.

Where once it was able to sell large numbers of a single model, these days sales consist of small numbers of ever increasing models.

Commodore is a prime example.

Ford, in contrast, recognised the need to design and build cars for the global market back in 2007, with the launch of its One Ford strategy.

And, in a market now dominated by Utes and SUVs, its Ranger utility has and is a major success.

Holden’s Thai-built Colorado is not.

The Holden dealer network comprises 185 dealers in Australia and 31 in New Zealand and employs some 800 staff, many of whom will be shown the door by the end of June.

GM said it undertook a detailed analysis of the investment required for Holden to be competitive beyond the current generation of products.

Factors impacting the business case for further investment included the highly fragmented right-hand-drive markets, the economics to support growing the brand, and delivering an appropriate return on investment.

“After comprehensive assessment, we regret that we could not prioritise the investment required for Holden to be successful for the long term in Australia and New Zealand, over all other considerations we have globally,” Blissett said.

“This decision is based on global priorities and does not reflect the hard work, talent and professionalism of the Holden team.”

The decision is expected to have wide-ranging implications for staff, dealers, and probably the Supercars series.

Last year the company sold less than 6000 of the cars.

A few years ago, however, it would have done those sort of numbers in a single month.

Last season the Supercars series was dominated by the new Ford Mustang.

GM says it is working through its motorsport commitments.

Supercars organisers are currently working through the Gen3 rule set, due for debut in 2022 and designed to introduce new manufacturers to the sport.

Perhaps we’ll see Mustangs and Camaros going head to head in the near future?

Going forward, GM says it intends to focus its growth strategy in Australia and New Zealand on its speciality vehicles business, with plans to immediately work with its partner on developing these models.

This means Chevy Camaros and Silverados that HSV (don’t forget them) converts to right hand drive — and maybe the SportsCat version of the Colorado?

He decided to call it quits “for personal reasons” back in December after 16 months in the role as managing director.

Buttner is now back in the saddle at Toyota which continues to reign supreme.

GM Holden Interim Chairman and Managing Director Kristian Aquilina — the seventh in the last 10 years — said given the significance of Holden through its history, it was critical the company worked with all stakeholders to deliver a dignified and respectful wind-down.

“Holden will always have a special place in the development of our countries. As Australia and New Zealand grew, Holden was a part of the engine room fuelling that development,” Aquilina said.

“Today’s announcement will be felt deeply by the many people who love Holdens, drive Holdens and feel connected to our company which has been with us for 160 years and is almost ubiquitous in our lives.

“Unfortunately, all the hard work and talent of the Holden family, the support of our parent company GM and the passion of our loyal supporters have not been enough to overcome our challenges.

“We understand the impact of this decision on our people, our customers, our dealers and our partners – and will work closely with all stakeholders to deliver a dignified and respectful transition.”

Holden customers can be assured the company will honour all warranties and servicing offers made at time of sale.

But this is a given, because the company is required by law to support product for a period of at least 10 years.

Holden and its aftersales network will also continue to handle any recalls or safety-related issues if they arise, working with the appropriate governmental agencies.

Impacted Holden employees (that means pretty much all of them) will be provided separation packages and employment transition support.

The company will work with its dealer network on appropriate transition arrangements, including offering dealers the opportunity to continue as authorised service outlets to support Holden customers.

Holden Customer Care is available to answer customer inquiries and all warranties and service agreements.