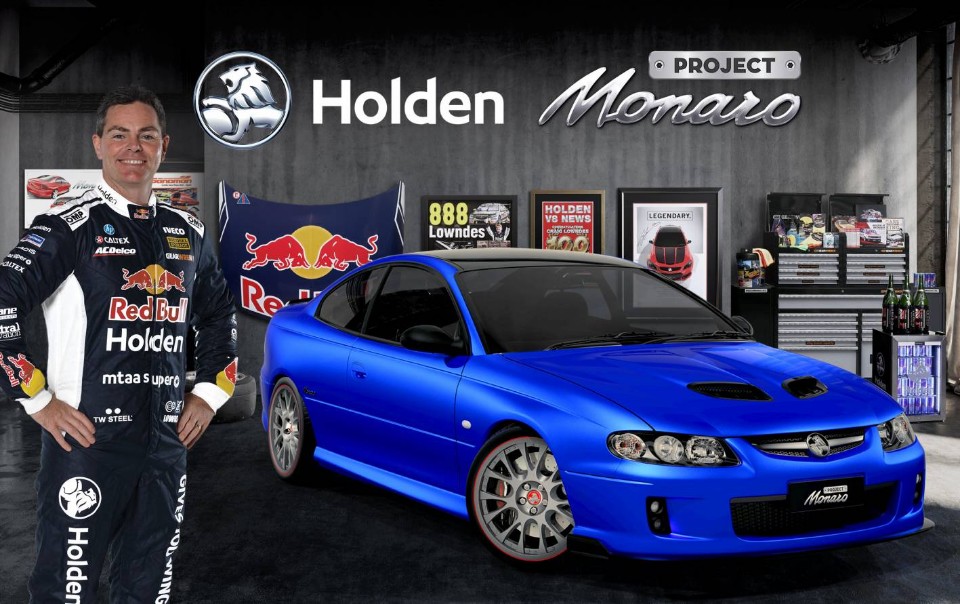 Home
Wheel life
This is How We CONNECT, reveals Holden

Holden’s new SUV-focused brand marketing campaign – This is How We SUV — can’t be working out too well.

Instead of an SUV, it is giving away a car with its latest promotion, and not one of its new models, but one of the icons from its recent past in the form of a restored and ‘improved’ CV8 Monaro.

The company must be trying to reconnect with the legion of fans it left stranded with the demise of local production and with it an end to such cars as the V8-powered Monaro.

These people have little or nothing in common with the current Holden lineup and certainly do not have much interest in Commodore’s imported, Opel-based replacement.

As part of Project Monaro, Holden is embarking on a unique restoration of a 2004 VZ CV8 that it plans to giveaway once complete.

And to help with the resto it has enlisted the aid of Holden’s favourite son, former works racing driver Craig Lowndes.

As close to a brand new CV8 as possible, only reimagined, refined and improved from the ground up using Holden Genuine, ACDelco and Chevrolet Performance Parts.

“I am truly proud to continue my long-term association with the Holden brand,” Lowndes said.

“Like many Australians, I grew up with the Monaro. It’s such a thrill to be working on such a special project with the team at Holden.”

The Port Melbourne based Design team (including some of the original V2 Monaro designers) have been tasked with ‘contemporising’ the car — both inside and out.

The Holden Engineering team, along with the help of the Red Bull Holden Racing Team and some key build partners, are in charge of improving ‘the big three’ performance characteristics of the Monaro – go, stop and turn — and bringing it to current day performance standards.

As part of Project Monaro, Lowndes will take the audience behind-the-scenes in a series of entertaining mini-documentaries.

It will take viewers from concept development, through body, interior and mechanical restoration, culminating in the final shakedown of Project Monaro at Holden’s top-secret Lang Lang Proving Ground with Lowndesy himself behind the wheel.

The car is not the only prize up for grabs as part of the promotion.

The runner up will win everything they need to deck out their dream garage, from tools, Red Bull Holden Racing Team exclusives, to an incredible collection of Lowndes themed memorabilia.

Along with monthly Red Bull Holden Racing Team merchandise vouchers, the prize pool will make for something very special that everyone will want to win.

How can you win?

Holden is opening this promotion to both trade and retail service customers of their Dealers in Australia and New Zealand.

Then follow the prompts to enrol in the Project Monaro competition.

Then every $100 (ex GST) you spend on Holden Trade Club parts between July 1 and March 31, 2020 will automatically get you an entry into the competition.

It’s that simple, the more you buy the greater the chances to win.

Don’t stress if you’re not a Holden Trade Club member or in the Automotive Trade.

There are multiple ways that you can still enter:

Then to ensure you’re in the running, simply jump on to ACDelco.com.au/offers and submit your receipt.