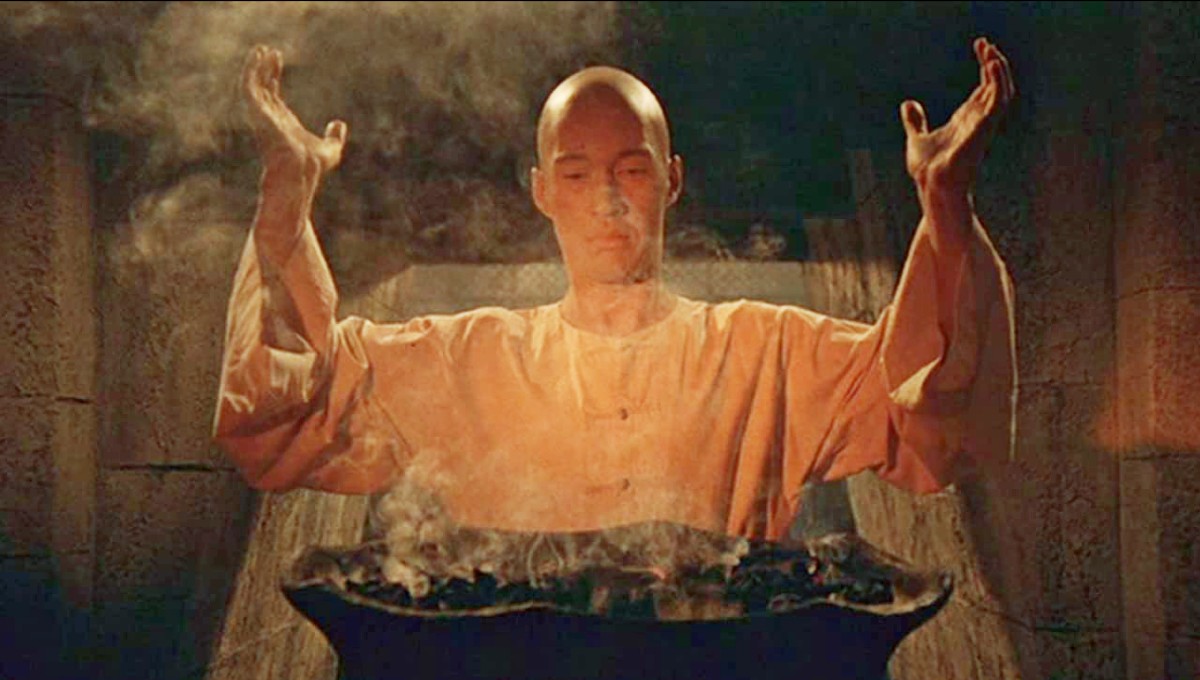 Home
Time out
Watch it
Kung Fu, the Carradine way

It is one of the great ironies of the screen that martial arts superstar Bruce Lee was turned down for the starring role in the 1970s television series Kung Fu.

The role went instead to David Carradine, a “white guy” who had no martial arts training — he’d done a bit of dancing, but that’s it.

But in retrospect it was an inspired choice because the show was a hit and Carradine became a superstar.

Kung Fu followed the exploits of Kwai Chang Caine, a Shaolin priest and martial arts expert, who is half Chinese, half American, forced to flee China after killing the nephew of the Emperor.

Softly spoken Caine seeks refuge in America where wanders barefoot from town to town in the 1870s American west, looking for his half-brother Daniel, while trying to keep his head down — but somehow always managing to find trouble.

The action alternates between flashbacks to his life as a disciple known as “Grasshopper” and the encounters he has with largely bigoted, uneducated, money-grubbing characters in his new found home — where there’s a price on his head.

Able to “walk through walls” and perform many other mind-boggling feats, these confrontations invariably lead to a fight — but guns are no match for his flying feet — with all the action all filmed in slow motion like the contemporary Six Million Dollar Man.

I of course was a fan of the show and spent several years studying various forms of martial arts including kung-fu.

And it was amusing to learn, returning to the show after several decades, that this exchange between Master Kan and the young Caine supplied the mantra for the dojo where I trained.

We used to recite the last bit, about hurt rather maim before the start of every class.

Guess sensi was a fan too.

Disciple Caine: Master, do we seek victory in contention?

Master Kan: Seek rather not to contend.

Caine: But shall we not then be defeated?

Master Kan: We know that where there is no contention, there is neither defeat nor victory. The supple willow does not contend against the storm, yet it survives.

Naturally, I was a big fan of Bruce Lee too, who would have been 81 this year had he lived.

Lee didn’t trot out the homilies drilled into him as a student, he just kicked some serious butt.

It became one of the most popular television programs of the early 1970s, receiving widespread critical acclaim and commercial success upon its release.

On the week ending May 6, 1973, Kung Fu became the number one show on US television, drawing a regular audience of 28 million viewers.

An actor named Radames Pera played the Young Caine in 48 episodes, but he never achieved quite the same stardom.

Technical and kung fu advisor was David Chow, who guest-starred in the pilot as the Little Monk, Caine’s opponent in the climactic fight scene.

He was later replaced by Kam Yuen, who guest-starred as Lin Wu in the third episode “Blood Brother” and as Wong Ti in season three in “Blood of the Dragon”.

Part of Chow’s job was to add or eliminate fight scenes from the script, “settle differences of opinion” regarding technical aspects among the martial artists participating and more importantly make the scenes believable.

Some critics thought his portrayal of the assassin extraordinaire was good enough for an Academy award nomination — but alas it never eventuated.

The actor did however win an Emmy and four Golden Globe awards in a long prolific career — one of which was for Kung Fu.

In 1997, Carradine was also awarded a star on the Hollywood Walk of Fame.

As an aside, presenters played an April Fool’s Day trick on him by first unveiling a star bearing the name of his brother, Robert.

Contrary to popular opinion, Kung Fu was not canceled and could have easily continued with strong ratings.

The series ended because Carradine wanted to leave the show after receiving several sustained injuries.

This allowed the producers time to write the final season so that all of the remaining story lines regarding Caine and his brother could be drawn to a satisfying end.

In his personal life, Carradine was something of bad boy who was arrested many times for a variety of offenses, often involving substance abuse.

He died accidentally in 2009 at the age of 72 while filming in Thailand.

Carradine was found naked and hanged in a hotel closet and at first authorities though he had committed suicide, but an inquest found that his death had probably been caused by autoerotic asphyxiation — but that’s another story.

The actor was married five times and had three children, as well as being the partner of actress Barbara Hershey for several years, with whom he had a son named Free (not surprisingly he later changed his name).

Despite the fact Kung Fu is almost 50 years old, it stands up pretty well — as do most westerns. Because in reality that’s what it was, with a bit martial thrown in.

It worked for me and it might for you too if you’re looking for some to pass the hours in lockdown.

Kung Fu is available to stream on Apple TV and also available as a boxed DVD set.