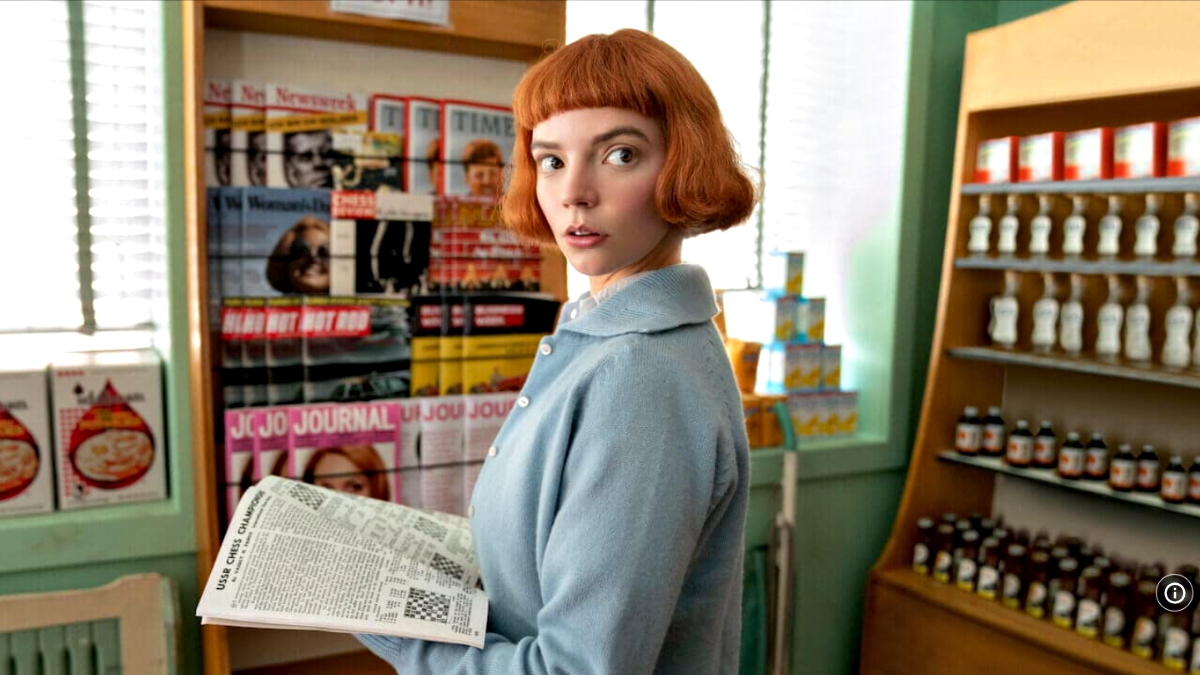 Shopping for magazines without money.
Watch it
1 min read

Home
Time out
Watch it
The Queen’s Gambit: Move it or lose it

Who said chess is boring?

Just finished watching the 7-part mini-series The Queen’s Gambit based on the 1983 Walter Tevis novel of the same name.

Set in the Sixties, it tells the story of 9-year-old orphan Elizabeth “Beth” Harmon, who after learning the game of chess from the janitor at her orphanage goes on to become the United States champion and finally travels to Russia where she takes on the world champion.

We won’t tell you what happens but it’s well worth hanging in there for the finale.

The first episode is a bit slow and the audience is left wondering where the story is going, as Beth begins to grow up and is adopted by a childless couple who want an older child — the mother at least.

We’re not sure what the father wants but he soon cuts and runs after a business trip leaving Beth and her new found mother to battle it out, with a mortgage to pay and little or no income.

With prize money up for grabs, Beth persuades her mother to let her enter a chess contest and from there the series begins to gain momentum.

Beth is played by 24-year-old Anya Taylor-Joy who came to prominence in the fantasy series Atlantis (2015) but her breakthrough role came with the period horror film The Witch (2015), for which she earned several accolades.

The series also stars Chloe Pirrie as Beth’s mother, Marielle Heller as her adopted mother and Bill Camp as her mentor Mr Shaibel, who loans her the money to enter her first chess competition.

The Queen’s Gambit was created by Scott Frank and Allan Scott and released on Netflix on October 23 this year.

The series takes it name from the “The Queen’s Gambit” which is one of the oldest known chess openings.

It was received a mention in the 1490 Göttingen manuscript and later analysed by masters such as Gioachino Greco in the 17th century.

The Queen’s Gambit television series can be seen on Netflix.