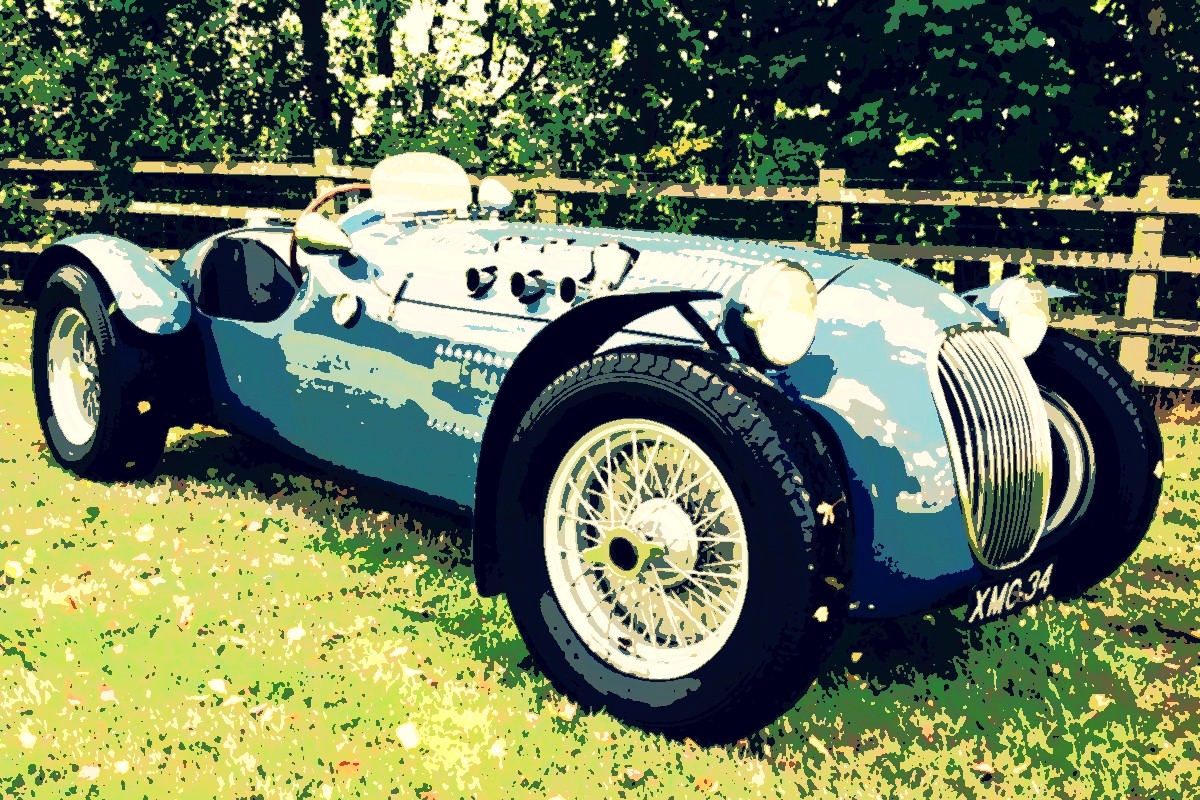 BACK in the late early 1950s there was a car that could be driven in international sports car races, in Grands Prix – and, legally, on public roads.

Someone in England has just paid close on $1 million for such a beast.

HWMs played a major role in motorsport and while their significance to British motor racing history has largely faded into oblivion.

Fact is that in 1950 they marked the first post-war attack on international racing by a team of British cars and effectively put Britain back on the motor racing map.

The car on auction had been raced by Sir Stirling Moss long before he became Sir Stirling, and gave him his first drive in a works car — even though the ‘works’ was a pretty small outfit.

Other racers of note to take its wheel were Lance Macklin, George Abecassis, John Heath and Swiss ace Rudi Fischer.

HWM owes its name to Hersham and Walton Motors, in Surrey, owned by George Abecassis and John Heath, who started racing in 1946 with their self-built Alta-powered sports car and went on to build a full team of cars for Formula Two in 1950.

Despite having a tight budget, HWM achieved remarkable success and was the first post-war Brit racer to compete in international events.

In fact, a trio of HWMs competed in 20 major events, including Italy, France, Belgium and Germany — in 27 weeks.

The one sold at Silverstone Auctions a few weeks ago was the first of the four works cars.

That particular one was raced by the aforementioned stars in 15 events across Europe, including Reims, the Grand Prix de Bern and the Grand Premio De Bari.

In October, 1950, Moss gave it its swansong win at Castle Combe before it was sold to Oscar Moore in 1951.

After its illustrious racing, it went to North London privateer Oscar Moore who registered it for the road and fitted a Jaguar 3.4-litre engine from an XK120 — with its capacity boosted to 3781cc.

It’s since been registered as XMC 34 and had three more owners before it was acquired in 1965 by Worcestershire architect and cricketer Terry Grainger.

Over the years the body became somewhat miserable and Oldbury Wing and Panels were tasked with carefully copying the original body.

They did a great job.

In the past half century it has competed with distinction at various hill-climbs driven by a trio of fast ladies in Georgina Baillie-Hill, Davina Galica and Gillian Goldsmith.

It was the first HWM Jaguar and was very competitive from the outset, capable of beating Jag C-Types on twisty circuits.

Although largely forgotten in the current circus of Formula 1 cars with ever-changing names and colours, the significance of HWM to British motor racing history is immeasurable

It was a tiny, private team that effectively put Britain back on the world’s motor racing map and led to Connaught also getting into Formula 1, soon to be followed by Vanwall, BRM, Cooper and Lotus.

Against the odds, the result sheets of the 1950 and ‘51 years show the HWMs were second only to the likes of Alberto Ascari in the works Ferrari and the works Alfas of Giuseppe Farina and Juan-Manuel Fangio.

To help finance the 1951 season, the three works cars were sold off, after being fitted with mudguards and lights to make them street-legal and more saleable.

A couple of HWMs ended up in Australia and a pristine 1953 example is on display at the Motor Museum of Western Australia.

Australian WWII flying ace and later top racing driver Tony Gaze also had one of the HWMs, in which Lex Davison won the 1954 Australian Grand Prix in Queensland.

Now, an unidentified buyer has acquired the well-credentialled beauty, so the story of the little hero of British motor racing history lives on.

CHECKOUT: Whatever happened to Saab?