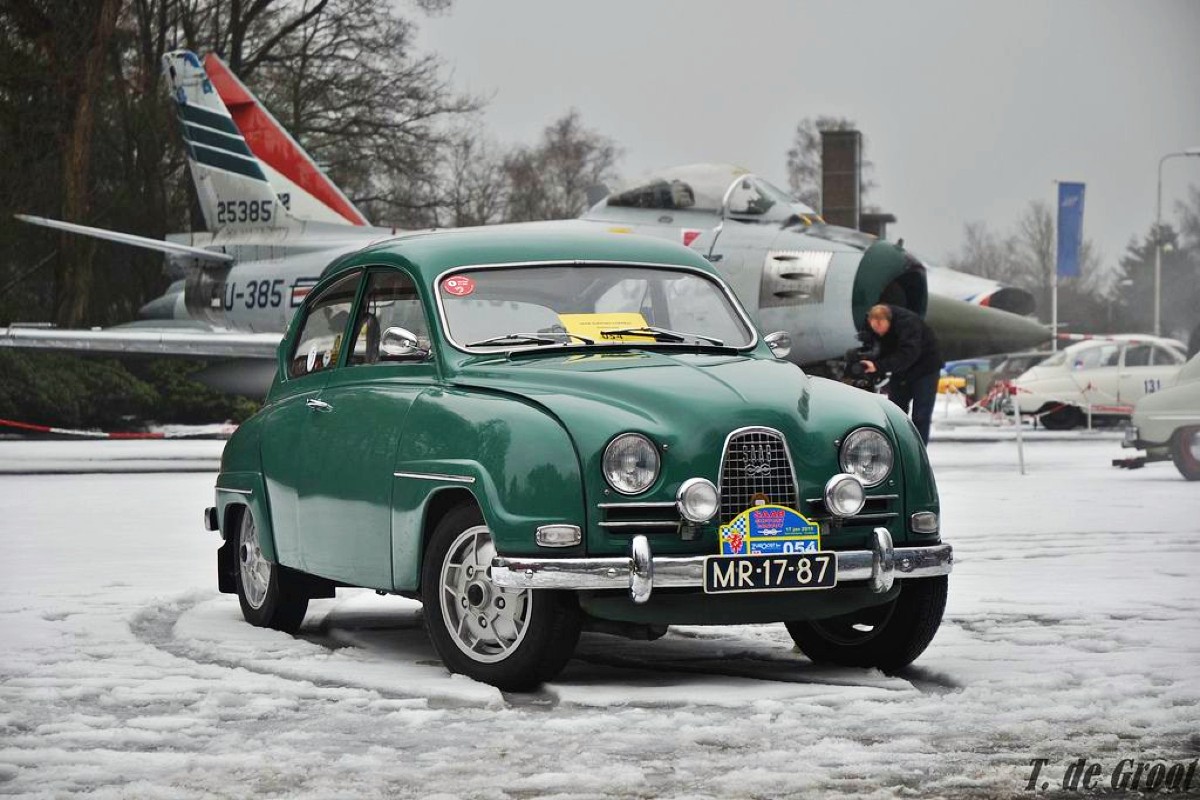 Whatever happened to Saab?

WHAT has happened to Saab, the once-great Swedish carmaker which faded into near-oblivion in the wake of a takeover by General Motors in 2000?

It’s a long and involved story, but in essence, GM was smarting because rival Ford had already acquired control of Volvo and the GM brains trust felt they had to do something “Scandinavily” similar.

Both US companies were already in great financial strife after the global financial crisis and Ford managed soon after to offload Volvo to Geely in China.

Copycat GM then also opted to sell and found a buyer for Saab in Spyker, the Dutch super carmaker. But Spyker, a little later, did a deal with the Youngman Chinese company.

GM, however, still held a handful of Saab shares and was afraid Youngman would gain too much technology from the smart Swedish carmaker, — and blocked Spyker sale.

An annoyed Spyker subsequently sued GM for US $3 billion, but the claim was dismissed and so Saab production stopped.

Then, in mid-2012, a Chinese consortium called National Electric Vehicle Sweden (NEVS) acquired the main assets of Saab Automobile AB and its factory, aiming to build purely electric vehicles and export them back to Sweden.

But by mid-2020, yet another Chinese firm called Evergrande Health, took control of NEVS/Panda and renamed itself the China Evergrande New Energy Vehicle Group — and sells its wares only in China.

Still, there are lots of 9-3s, sedans and cabrios, still happily running around Europe, Australia, and particularly in the US, where they’ve become known as ‘modern classics.’

They were classy cars, on par with BMW in status — and in price.

So the petrol and a few early two-stroke Saabs we knew are gone forever, and if you really have to have a new 9-3 you’d have to get one in China, where it’s no longer called a Saab.

The first one rolled off the production line at Trollhattan back in 1949.

Saab was, and still is, in aviation and the cars had lots of aerodynamics built into them.

The company’s designs were distinctive, advanced and sometimes plain offbeat, with the first, known as the 92, setting the pace in innovation.

Its tapered silhouette was inspired by an aircraft wing, and looked like no other vehicle on the planet.

It was front-engined and front-wheel drive, a novel concept in an era when virtually every other small car was rear-engined or rear-wheel drive — or both.

The aero silhouette gave it a low drag coefficient because it had a little 764cc two-stroke, two-cylinder engine, that was good enough to claim first place in the 1950 Rikspokalen — one of the toughest rallies in Europe at the time.

A three-cylinder two-stroke followed, as well as four-cylinder petrol engined cars, and the marque quickly gained a following because of its extensive safety features, dynamic styling and good performance. 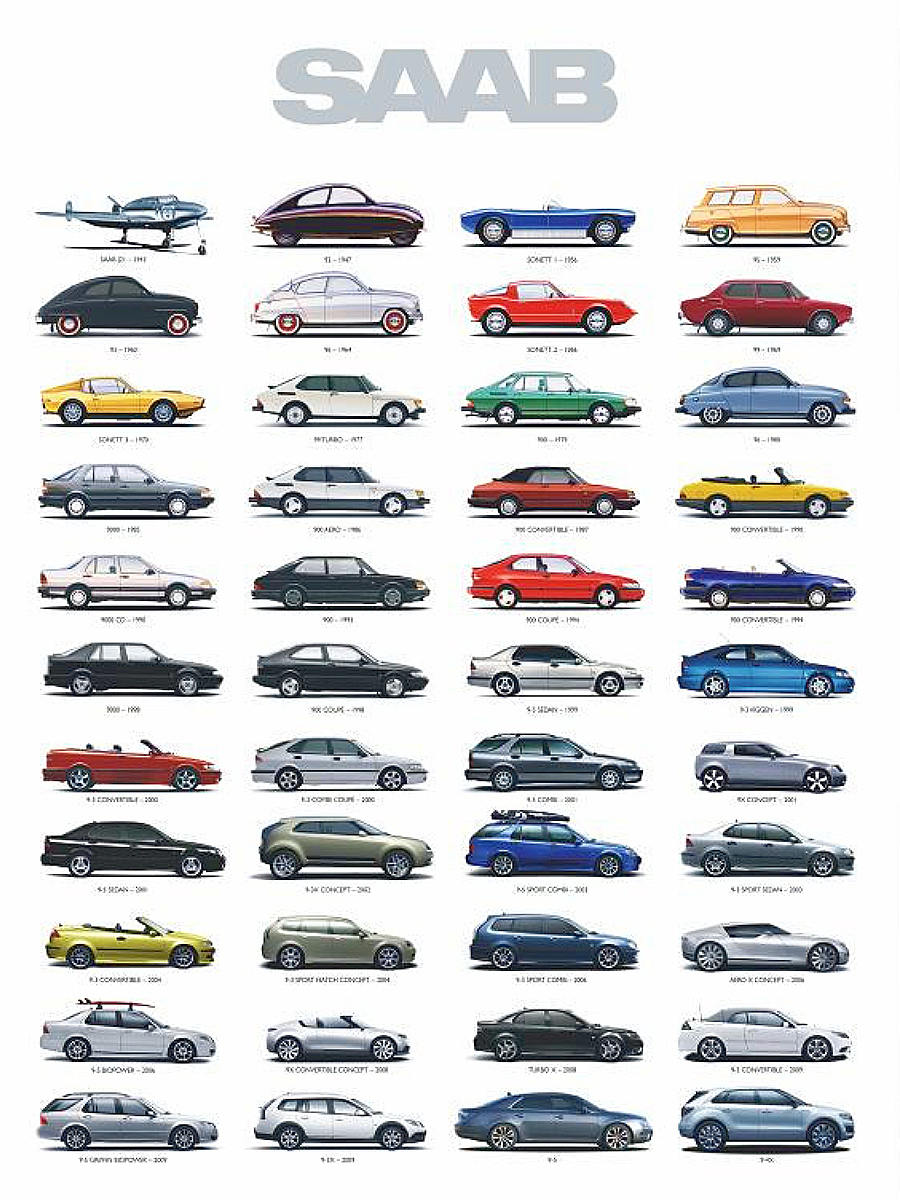 Saabs also featured strongly in motorsport in various parts of the world.

They were world leaders in safety too, being the first to introduce seat belts as standard in 1958, first with a diagonally split brake system and in 1969 it  placed the ignition key between the seats to eliminate knee injuries in collisions — a modern hallmark of the cars.

In 1970, it also had an efficient headlight wash and wipe system, which later became a legal requirement in many countries.

Energy absorbing bumpers followed in 1971, as well as electrically heated seats and in 1972, Saab was the first car manufacturer to have side impact protection.

In 1976, came a 3-way catalytic converter and in 1976 Saab was the first car manufacturer to develop a turbocharger.

A collapsible steering column was another innovative safety feature.

Many more goodies followed, among them cabin air filter (1978) split-field side mirrors (1981) and asbestos-free brake pads in 1982.

The list goes on, but suffice to say many features taken for granted in the cars of today can track their origins to Saab’s glory years.

Sweden’s Erik Carlsson drove a 96 to victory in the 1962 Monte Carlo Rally and to prove it was no fluke, ran second the following year.

The Saab 99 was a revolutionary model, unique in style and in 1977 a world-class hot hatch ahead of its time.

With its 2.0-litre turbo motor, it made racing history when it won the Swedish Rally in 1979.

It was the first turbocharged car to take first place in a rally.

Saab campaigned the 99 Turbo in international events until it left the sport in 1980 for financial reasons.

Then came the quintessential Saab 900: quirky, it was quick and solid as a Tiger tank.

And then there was the Viggen, named after Saab’s fearsome fighter jet.

It came with a five-speed manual transmission and some variants offered carbon fibre cabin trim.

It was the priciest member of the Saab lineup and appealed to performance drivers who wanted something other than a BMW M3.

I never got to drive one, but I recall its reputation as a car that needed 100 per cent concentration, strong muscles and quick reaction to keep all those turbocharged ponies at  the front wheels under control.

Soon after, the GM crowd moved in, and that soon translated to the loss of a fine Swedish brand to the motoring world.

If you head to China after the end of COVID thing, look out for Hengchi cars.

That’s the car brand of the Evergrande New Energy Vehicle Group which ended up with Saab.

It’s a go-ahead company, its stock value surging in recent weeks (it’s said to have a lot of Warren Buffett backing) but has not produced any Hengchi cars just yet — although several prototypes have emerged and production will soon follow.

But they no longer look anything like a Saab 9-3.

Trollhattan lives on, however, and is now popularly known as ‘Trollywood’ because it’s become one of Scandinavia’s top film-producing locations.