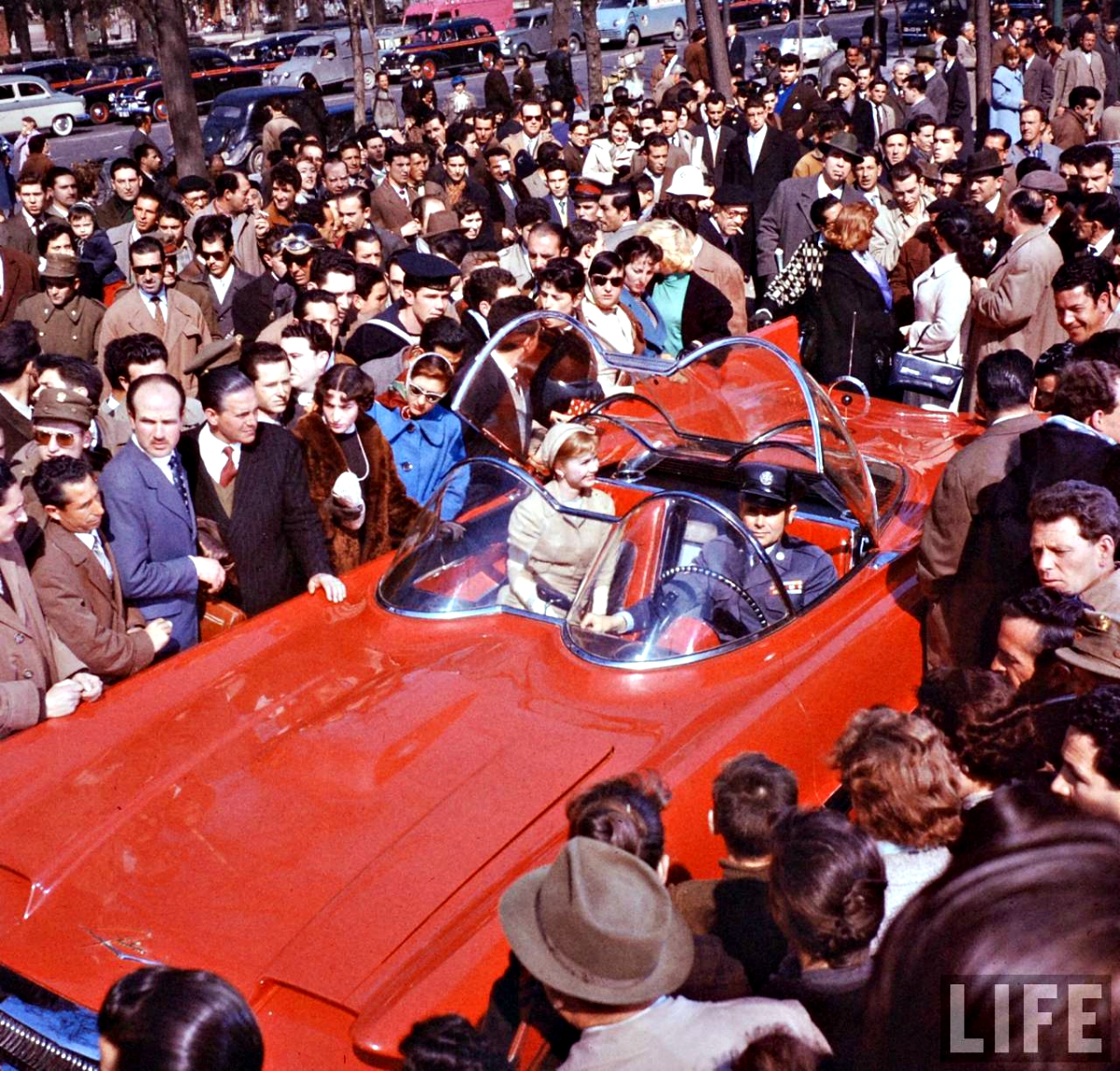 It Started With A Kiss
Retro autos
3 min read

Futura inspired by sharks and stingrays

Its name said it all — Futura!

Was ever a dream car given a more evocative descriptor?

Harley Earl and his stylists at GM must have kicked themselves for not thinking of it first.

The 1955 Lincoln Futura is arguably the world’s most seen and best known dream car.

It appeared on the road, in showrooms, at auto shows, in a 1959 film, then in a 1960s TV series and most recently as a global news story when it sold for $US 4.6 million.

By comparison, GM could design and build a dream car in less than 12 months.

The Futura’s eye catching shape was penned by Bill Schmidt, then head of the Lincoln-Mercury design studio.

He said that the idea came to him on a vacation with his family in the Bahamas when he saw sharks and stingrays.

Automotive legend says that he was on this holiday with GM designer Bill Mitchell who was also captivated by the sleek lines of the same aquatic creatures.

That also led Mitchell to use shark themes for his 1963 Corvette.

Long time Ford designer John Najjar and Roy Brown, who would design the Edsel and the Mark I Cortina, were major contributors to the styling.

By 1953 a 3/8 scale model had been created and the go-ahead given to develop the car into an operational automobile.

Ghia in Italy was given the project of constructing the car and in mid-1954 a full sized plaster model was shipped to Ghia along with blueprints, a modified 126 inch (3200mm) modified Lincoln chassis and running gear.

Three months later the car was completed and it made its debut at the Chicago Auto Show in January, 1955.

The car was a sensation and on March 3, 1955 it was driven by Benson Ford and Bill Schmidt through New York City from the United Nations building, through Central Park to the “Tavern on the Green” restaurant.

From there on the Futura was transported to autos shows and dealerships, large and small, across America.

In 1959, it was the “star” of a Debbie Reynolds and Glenn Ford movie It Started With A Kiss.

Now painted red, with a red interior, it attracted huge crowds during filming.

The colour change was because the original white paint and interior colours did not photograph well for the big screen.

The car ended up with George Barris who had been involved in refurbishing it for the movie.

Barris bought it from Ford — stories differ about how much he paid, some say just one dollar — and when the producers of a new TV show asked Barris if he would design a car for the program he turned to the Futura.

And we all know the rest of the story.

The front end of the Futura directly influenced the 1956-57 Lincolns.

Schmidt left Ford in 1955 and went to Packard/Studebaker.

The 1958 Packard line features a shovel mouthed grille very similar to the Futura.

In 1956 he was hired by Chrysler’s president Tex Colbert as the company’s design director while its design chief Virgil Exner was recuperating from a massive heart attack.

Exner reportedly did not appreciate this gesture of help and made life difficult for Schmidt by countermanding his decisions.

Schdmit resigned to start his own design business which he ran until he retired.