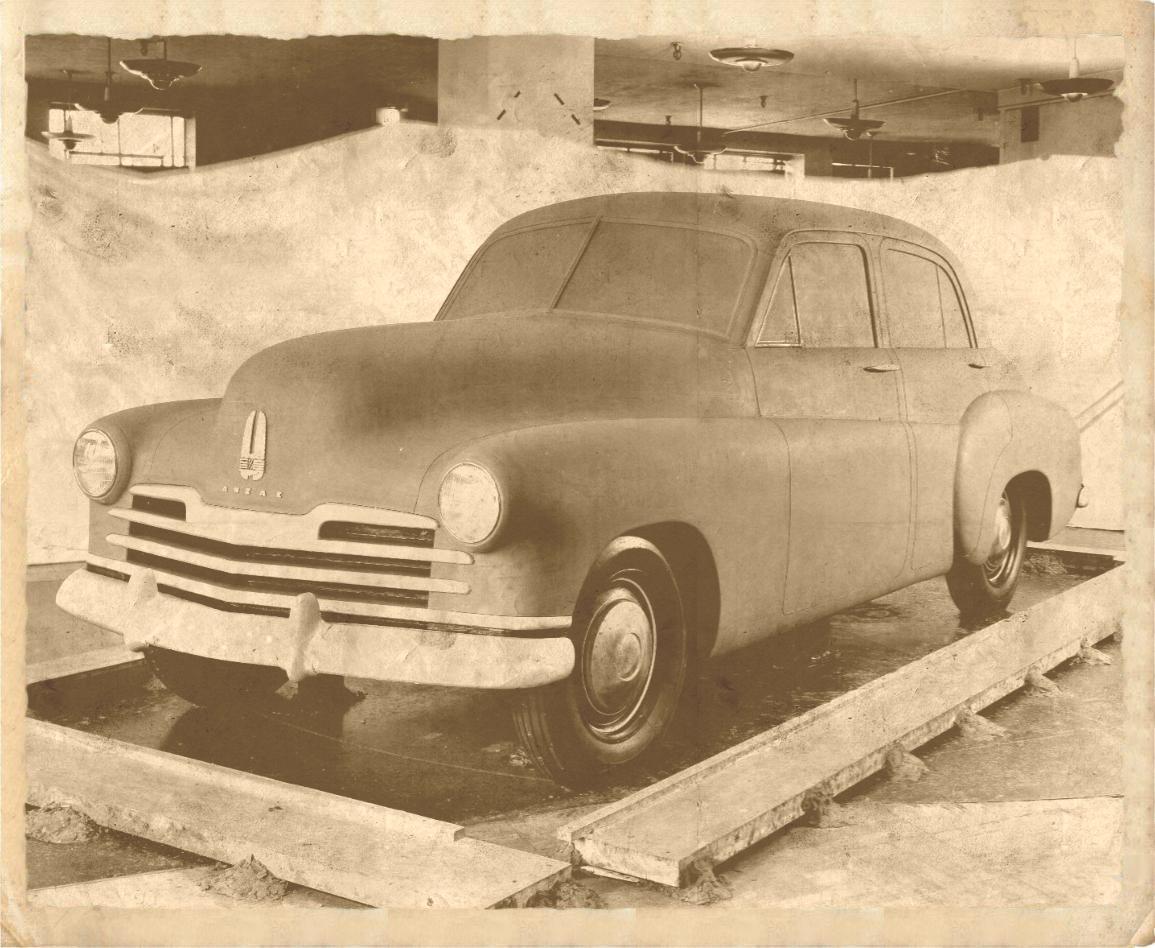 Home
Wheel life
Retro autos
So . . . who did design the first Holden?

It is a question that ought not to be asked, because we should all know the answer.

But somehow it has been glossed over, ignored even, for many years.

If you look to Holden’s corporate history for the answer you will find very little.

He took credit for many designs, but that’s because he was the boss.

No, it was not Mr Earl who styled the FX.

The guy who really drew the shape was Franklin Quick Hershey.

And his contribution as the designer of one of this country’s most celebrated cultural icons goes largely unrecognised and uncelebrated.

Hershey was not just some backroom stylist at GM’s design headquarters in Detroit.

Frank Hershey was a well known and respected designer who had a significant influence on car design trends from the mid 1930s right through to the end of the 1950s — working for GM, Packard and Ford.

He put the ‘silver streaks’ on the 1935 Pontiacs that gave the brand instant recognition and helped to double sales in 12 months.

He established the design parameters of the 1939 Opel Kapitan, which was a style leader of its era.

He was the boss of Cadillac styling and penned the 1948 Cadillac which introduced fins to car styling.

So the first Holden is in illustrious company!

Hershey drew the 1948 Holden when he returned to GM after serving in the US Navy during World War II.

Speaking to author Edson Armi for his book, The Art of American Car Design, Hershey described styling the Holden as just something to do while waiting for the more challenging and prestigious Cadillac assignment.

Working out of a cramped studio in General Motors Detroit styling building, he completed the task and moved on to Cadillac.

“When I returned to GM in 1944, the first project was to develop a design for a new small Australian car called the Holden,” he told Armi.

“This I did with no help except for a layout man and modellers.

“It turned out to be a cute little car about the size of a Toyota Corolla.

That Hershey recalled the Holden as “cute” and “small’ is a fascinating insight into how it was perceived at the time in Detroit.

When Hershey was working on the Holden it carried the name “ANZAC.”

Hershey’s career began in the late 1920s, designing custom cars, based on Dusenberg and Cadillac frames, for rich clients of the Murphy Coach Works company, in Pasadena., California.

He left Murphy to go to Detroit and work for Hudson.

Frank jumped over to GM in 1932 and headed up Pontiac’s styling for a couple of years.

He was then given responsibility for GM’s international design in the mid 1930s, which included Opel and Holden.

There is a suspicion, though no hard evidence, that the mid-thirties ‘sloper’ design used by Holden on locally built Oldsmobiles, Pontiacs and Chevrolets, was a Hershey influenced idea, modelled on the 1933 Cadillac World’s Fair show car.

After World War II Hershey was in charge of styling for Cadillac.

But, in the early 1950s, Hershey had a falling out with Harley Earl and moved to Packard.

That gig did not last too long because of Packard’s dire financial situation, so he went over to Ford.

At Ford he led the team that created the Thunderbird and 1955/56 full sized Ford line up and started the designs for Ford’s big selling 1957 models, which came within 100 units of outselling Chevrolet.

Hershey left Ford to go to Kaiser Aluminium as its Head of Design, where he worked for the remainder of his career, designing, promoting and demonstrating the use aluminium in place of steel in everyday products — particularly cars.