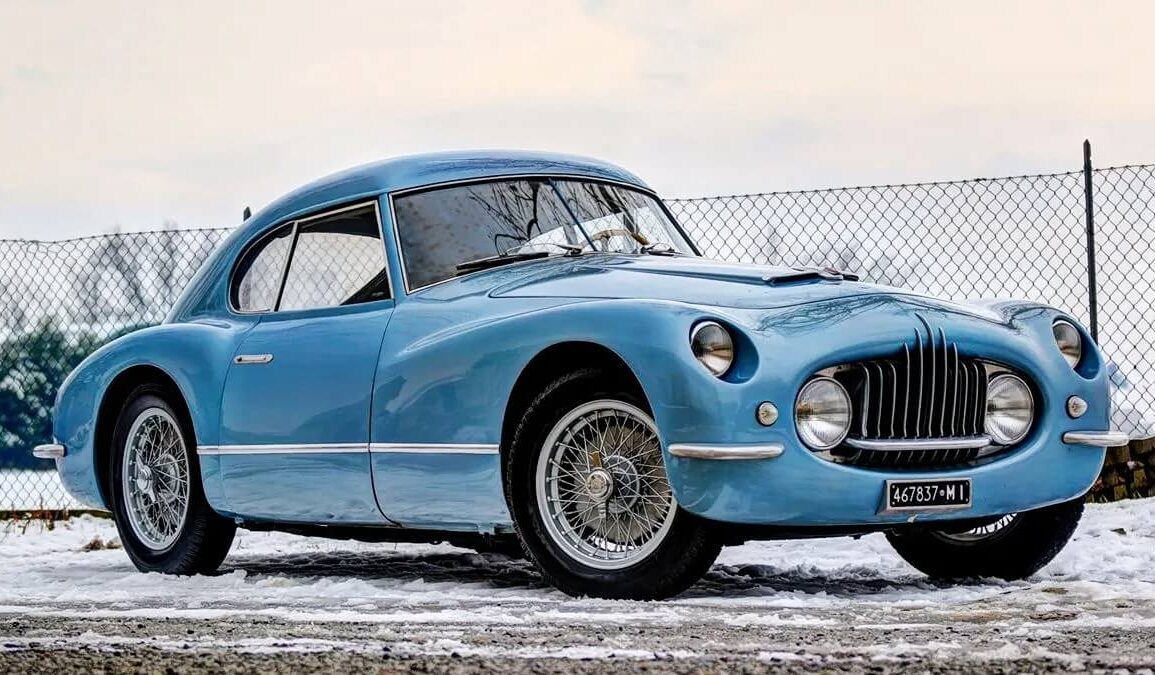 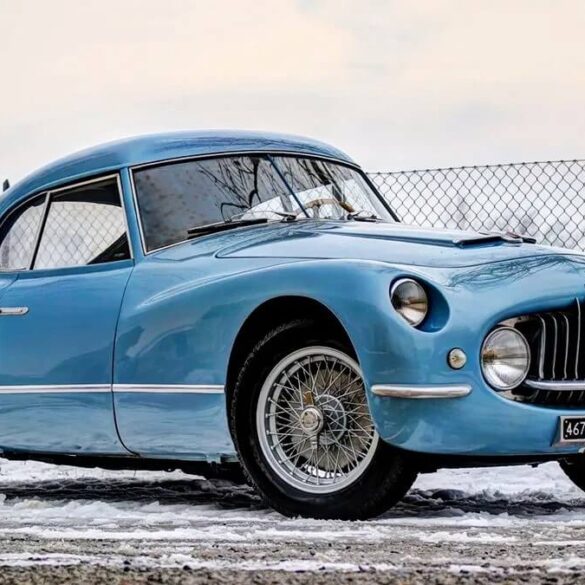 Time to jump in our time machine.

Let’s celebrate the 70th anniversary of five cars that debuted in 1952.

They’re cars that for the most part have slipped from the limelight and are now part of automotive history, but are still worth remembering.

It is not surprising that Carl Borgward’s “executive” automobile, the Hansa 2400, was a slow seller.

Let’s face it, the car was no design trendsetter. The styling was a mix of 1930s rear-hinged doors, with a 1940s fastback roof line and flow-through fenders.

To me, it resembles a 1948 Standard Vanguard with a chop top roof.

An automatic transmission, called the Hansamatic, was optional. Some say it was Europe’s first auto shifter.

Whatever the claim to that small bit of fame, the transmission proved troublesome, adding another reason not to buy the car.

What was impressive, however, was a series of print advertisements that almost rival the famed mid-Sixties Pontiac artworks by Fitz and Van.

Panhard Dyna Junior: could nothing be finer?

Would you buy a car called Junior?

It was originally aimed at the US market, but when its American backers backed out of the deal Panhard shifted its focus to Europe.

A 52 cubic inch/845cc four-cylinder OHV engine powered the car through its front wheels.

This was no luxury auto. It was a spartan convertible.

It had no boot lid nor external door handles, while the gear shift protruded from the dashboard.

The Fiat 8V was a V8 sports car which appeared at the 1952 Geneva Motor Show.

Automotive folklore says Fiat believed that Ford owned the copyright for the term “V8”, so they switched it around to avoid potential legal problems.

Bodies differed depending on which coachbuilder did the shaping.

The car delivered racing success in the Stella Alpina rally, 12 Hours of Pescara and at Monza.

The 1200 was Skoda’s first car to feature integrated fenders, or as some folks like to call it — the “ponton” styling theme.

Powered by a 74 cubic inch/1.2 litre four-cylinder OHV engine, it was not a quick car by any means — but it was frugal and durable.

It is as modern as most shapes of the day and has a resemblance to the 1951 Simca Aronde.

From some angles it looks like a mildly customised 1949 Mercury.

To put the 1200’s size into perspective, think EH Holden.

It was the car that gave Skoda a post war foothold in Europe.

I bet you didn’t know that!

I wonder what happened to them all?

It switched to petrol engined cars in 1952 with the March release of their ASHI-1 Prince.

The name honoured the impending investiture of Crown Prince Akihito, who would become Emperor of Japan in 1989.

To further honour the Prince, Tama changed its name to the Prince Motor company in November, 1952.

Yes, you guessed it, the 1952 Prince is the forerunner of the Prince Skyline aka Datsun Skyline aka Nissan Skyline.

CHECKOUT: The EJ Holden — one in a million!