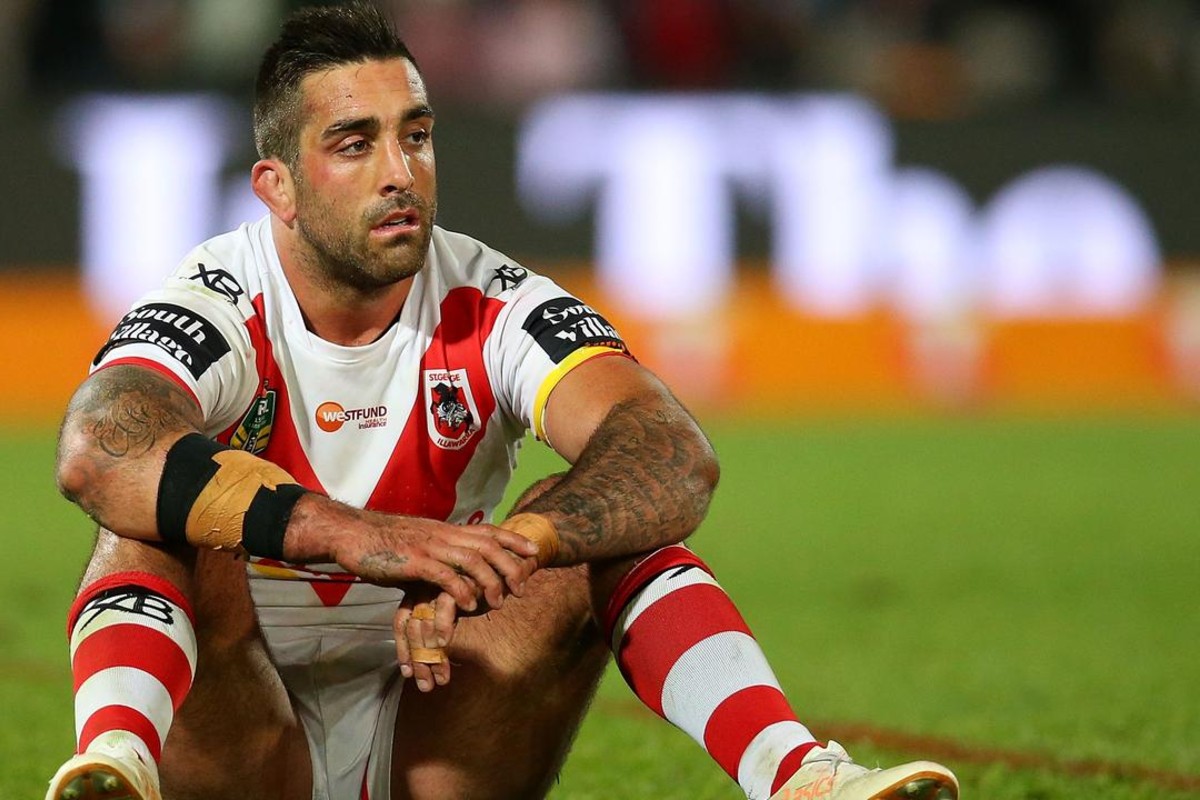 Whether we like it or not, COVID is severely impacting our lives, and looks likely to keep doing so for quite a few years to come.

Our State and Federal Governments have not been perfect in their handling of the pandemic, but are certainly doing their best to balance the need to keep the economy open while preventing the spread of the virus as much as possible at the same time.

One of the strategies they are using is lockdowns, or stay at home orders.

Another is the requirement to wear masks in enclosed public areas.

Some high profile people, including recently re-elected Deputy Prime Minister Barnaby Joyce, and a high ranking police official — have fallen foul of the mask crackdown and have copped a $1000 fine for their trouble.

Fines have also been handed out to the stupid people who decide to ignore these measures and hold parties in their homes.

So most of us were a little bit surprised when rumours started emerging of a house party at the home of St George-Illawarra prop Paul Vaughan.

It seems that police were called after complaints by neighbours about a noisy gathering.

Police attended the property and issued a raft of $1000 fines.

In most cases, that would have been the end of the story, but in the NRL world, there is an Integrity Unit that carries out its own investigation.

And that is where things get interesting.

There’s an old saying that liars need to have a good memory, whereas the truth never changes.

Once the Integrity Unit became involved, it became apparent that a few “porkie pies” were being told, and if there’s anything that an Integrity Unit won’t tolerate — it’s lies.

It is possible that we will never know the truth, because so many lies have been told by so many people, that it’s difficult to know who to believe?

So let’s look at what we do know.

I don’t think anyone would disagree that over the last 10 years, St George-Illawarra have been massive underachievers.

They have had strong rosters over the years, but come September, they seem incapable of making any genuine dent in the premiership.

A new coach in the form of Anthony Griffin came on board in 2021, and after a slow start, the Dragons won three of their last four matches, including a 19-18 thriller last Friday night against the Warriors.

Supposedly, following the game, the coach and manager told the players that as much as they may wanted to celebrate — especially as they had a Bye this weekend — the lockdown would prevent them from having any get together at any of their homes.

Somehow that was interpreted by Paul Vaughan to mean he could invite 12 of his mates over to check out the new barbecue his wife had bought for him.

What happened next defies logic.

Part of me says the allegations are so ridiculous, that they must have been made up — they just couldn’t have happened?

Jack de Belin has recently returned after more than two years in limbo in the wake of rape allegations.

During this time, Dragons management have stood by him. They even extended his contract while he was sidelined.

Many believe that, having stood by de Belin, he owed it to the Dragons to stay out of trouble.

So could it really true that de Belin wasn’t at the party, that he was taking his dog for a walk and just happened to walk past Vaughan’s house — and thought he’d drop in.

It can’t possibly be true that when police knocked on the front door, de Belin ran upstairs and hid under a bed, while his mates lied about him not being there.

It’s also been suggested that Corey Norman ran out the back door to avoid the boys in blue.

If so, it would have been his first clean break of the season.

If he wasn’t there when police searched the house, how could they possibly prove he had been there? Surely his mates wouldn’t rat him out.

They didn’t have to, because it didn’t occur to Corey that having a flash car with personalised number plates parked OUT THE FRONT would give him away.

Oh, and his wallet was found inside

Rather than man up and accept that they had done the wrong thing, the players weren’t initially forthcoming with some of their responses.

And that’s why the NRL decided enough was enough.

Vaughan copped the biggest punishment. The NRL has suspended him for eight weeks and fined him $50,000.

The other 12 players copped varying fines totalling around $300K — plus a one-match ban.

This may not be the end of it.

There are suggestions that some wives/partners were in attendance, despite the players claiming only Vaughan’s wife was present.

Then the Dragons decided to flex their muscles.

Paul Vaughan has form with COVID breaches. It seems he checked into a cafe last year under a false name, which lead to a hefty fine.

He has also had a second strike against his name, which the coach refused to discuss — but is reported to involve a ‘sexting’ scandal.

So the Dragons terminated his contract effective immediately.

So where to now?

For the Dragons, the NRL has given them up to four weeks for the 12 players to serve their one match bans.

The Dragons next game is against the Sea Eagles after this week’s bye.

The Sea Eagles are on fire at the moment, so even at full strength, the Dragons will struggle to beat them.

Every team cheats (except mine)

If I was them, I would leave out as many players as possible against Manly, and try to strengthen the team for coming games against the Titans, the Rabbitohs and the Raiders.

Two of these games are very winnable.

Among commentators and on social media, the majority of people have little sympathy for the Dragons players, but there are a few people who think they were hard done by.

In their defence they claim:

Last year, the NRL was forced to shut down for a number of weeks, which had a severe impact on its main income source: TV rights.

The agreement that the NRL has with Fox Sports is to provide eight matches each week, apart from bye weeks due to State of Origin.

It took a lot of back room deal by Peter V’landys to convince three different State Governments to grant the NRL exemptions from crossing state borders and quarantining during the various state lockdowns.

This was on the basis the NRL would comply with bio-security protocols.

Because of their actions, the Dragons players have jeopardised these agreements and placed the whole NRL season in doubt.

As for being in the same bubble, that doesn’t matter, because lockdown means you can’t have more than five people at a gathering.

Last time I checked, 13 is more than five.

And finally, was there any intent to deceive? You bet there was.

After being told not to have a party, Vaughan sent texts to the players. That shows intent.

Then when the police arrived, some players legged it, while de Belin hid under a bed.

Others deliberately lied about de Belin being there.

They knew what they were doing was wrong, but made a conscious decision to do it anyway.

I have no sympathy for them.

CHECKOUT: Hey Freddy, I was a St Pats boy too!