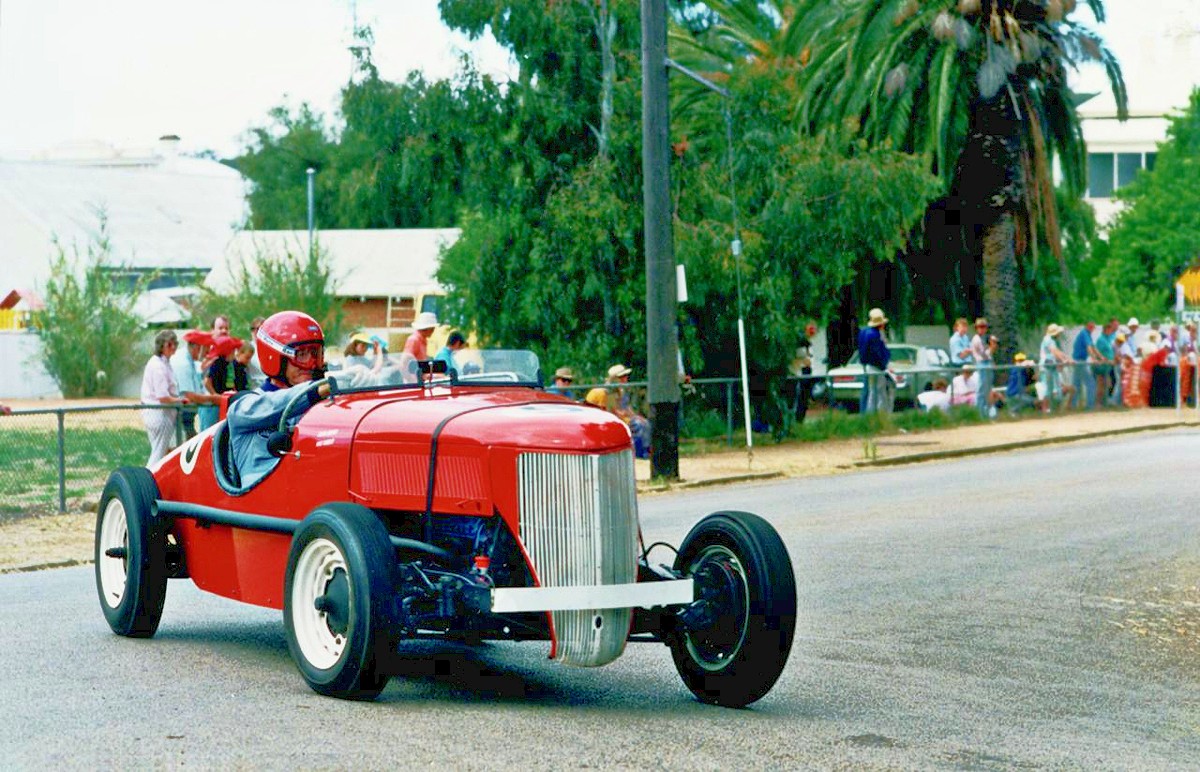 YORK, 97km east of Perth in Western Australia, is a magnet for motoring enthusiasts.

The quaint farming town with its magnificent buildings dates back to 1831, but locals with a drop of avgas in their veins know it as the one-time host of the York Flying 50.

It was a re-enactment of the state’s ‘Round the Houses’ events that ran in other towns from the mid-1930s to 1960.

The original round-the-houses was Monte Carlo, in 1929.

Albany, WA, copied that success story with its own in 1936, along with a few other country towns — Narrogin, Pingelly, Toodyay, Beverley, Geraldton, Busselton, Bunbury and Northam.
Maybe there were more.
Only Albany and Northam are both still annual events
I drove at both venues — but York never had one.

The first coincided with the opening of York Motor Museum, but it was more of a re-enactment than a race.

Thousands of fans packed the town to see rarities such as Aston Martins, Amilcars, Salmsons, Jaguars, Bentleys, Rileys, a Connaught, Cooper Climax, Allard and Frazer-Nash bellowing through the streets in spirited  fashion.

A new book, York’s Fabulous Flying Fifties, written and compiled by Perth author Graeme Cocks, is a photographic celebration of these golden years.

A participant in the last York Flying 50 in 1997 and a former curator of the York and Fremantle Motor Museums, Cocks spent years collecting photographs to compile this definitive record of a wonderful era of historic motor sport in the west.

York’s Fabulous Flying Fifties — A Photographic Celebration features hundreds of photographs of every event from that first barnstorming bash around York in 1980 to the 15th and last event in 1997.

The book will be launched at 10.30am at the York Motor Show on Sunday, September 19, when the author will be available for signings.

The book has been sponsored by the former owner of the York Motor Museum, Peter Briggs, whose power slides in the Blower Bentley became legendary.

“This book puts on record those great days where we would race around York with barely a hay bale to separate us from the crowds — a different free and easy time which will never be repeated.”

A great many cars and drivers are featured in 382 pages of action photos.

The book is sure to bring back some memories and capture the spirit of the Flying Fifties.

“It’s not a comprehensive, blow-by-blow history of the events,” Cocks said.

“Rather, it leaves the pictures to tell the story.”

Last year’s motor show at the town attracted a crowd of 25,000 people, or more than double that of Supercars.

Like all of Cocks’ other works, this one will also be a collector’s item.

You can also order a copy — assuming there are some left — on motoringpast.com.au

CHECKOUT: Kristensen puts it in print