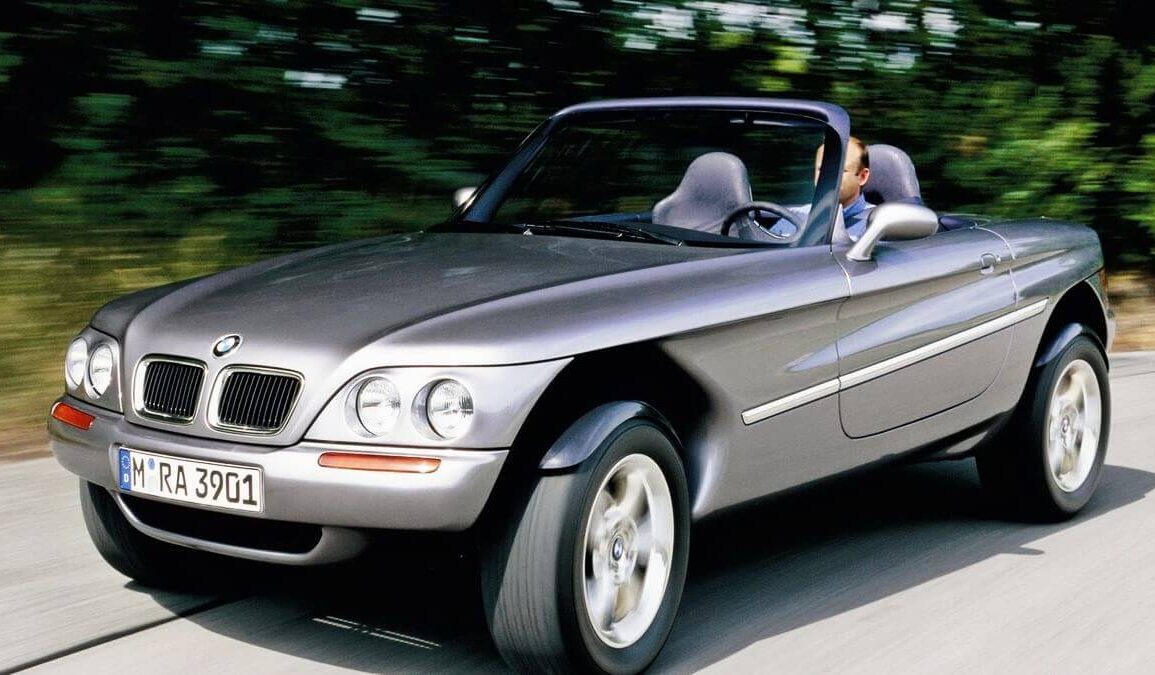 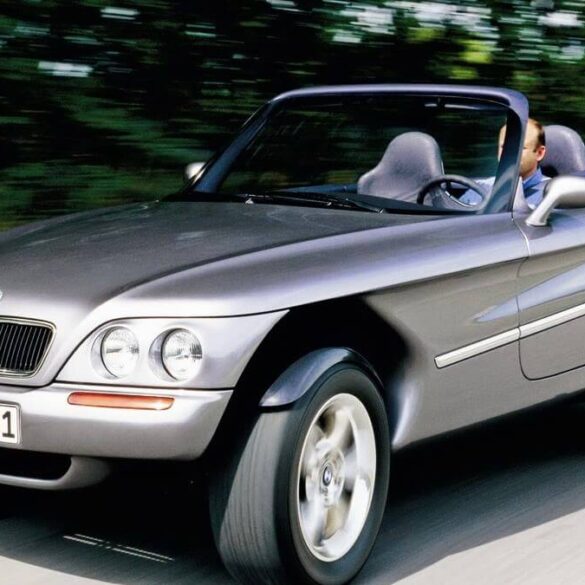 BMW in the 1990s is usually associated with rather straight-forward automobiles, combining luxury with a sporty inclination, driven through the rear wheels.

The styling was conservative and evolutionary.

The bend in the rear door frame above the waist line was the signature “Hoffmeister Kink”.

Solid, respectable, upmarket and mainstream, that was BMW.

I can vouch for this.

I was given a new BMW 5 Series company car when I lived and worked in Singapore in the mid-1990s.

“Nice car”, was the usual observation from the few who thought it polite to make a comment.

And yes, it looked nice, in white paint with a black leather interior.

But it was as bland as bland can be.

If I was kind, I’d use the word “understated”.

That said, BMW’s target market appreciated the understated ambiance, inside and outside.

Sales were climbing, so they must have been doing something right.

What I did not know at that time, but do now, was that some folk at BMW were working on some secret projects.

The wanted to move away from evolutionary design.

A search through BMW’s archives reveals two of these “way out there” proposals.

It’s a car for crowded cities and first appeared in 1993 at the Geneva Motor Show.

And, to be kind, again, it is almost cartoonish in shape and reminds me of the rounded Mazda 121 of the 1980s.

BMW actually meant for this car to be a single seater.

The driving position was behind the centrally located steering wheel.

This made it easy to sell in countries with left and right hand drive.

If you wanted to transport two others, they sat on seats behind you.

Alternatively, this area could be used for luggage storage.

The engine was located over the rear axle.

It was usually located between the frame rails of BMW’s K1110 motor bike, but here its 82bhp was doing city-car duty.

BMW said that Z13 drivers could access a satellite navigation system to guide them to their destination.

Those new-fangled in-car phones and a built-in fax machines completed the connectivity, a word which had not really entered the language back in 1993.

Would it have been a success?

Who knows, because in 1994, BMW bought Rover and with that gained access to the MINI brand.

And we all know what happen after that.

Now it is time to chat about the Z18.

Which is probably why they look alike.

Here’s the basic premise of the Z18.

It is supposed to provide the wind in the hair experience of a powerful trail bike with the safety, comfort and predictability of a car.

Unlike the Z13, no motor bike engine was allowed near this baby.

BMW’s future thinkers rummaged through the parts bin and came up with a V8 that delivered 355bhp to all four wheels via a five-speed manual transmission.

You could drive it into water, streams and surf because the body was made out of plastic.