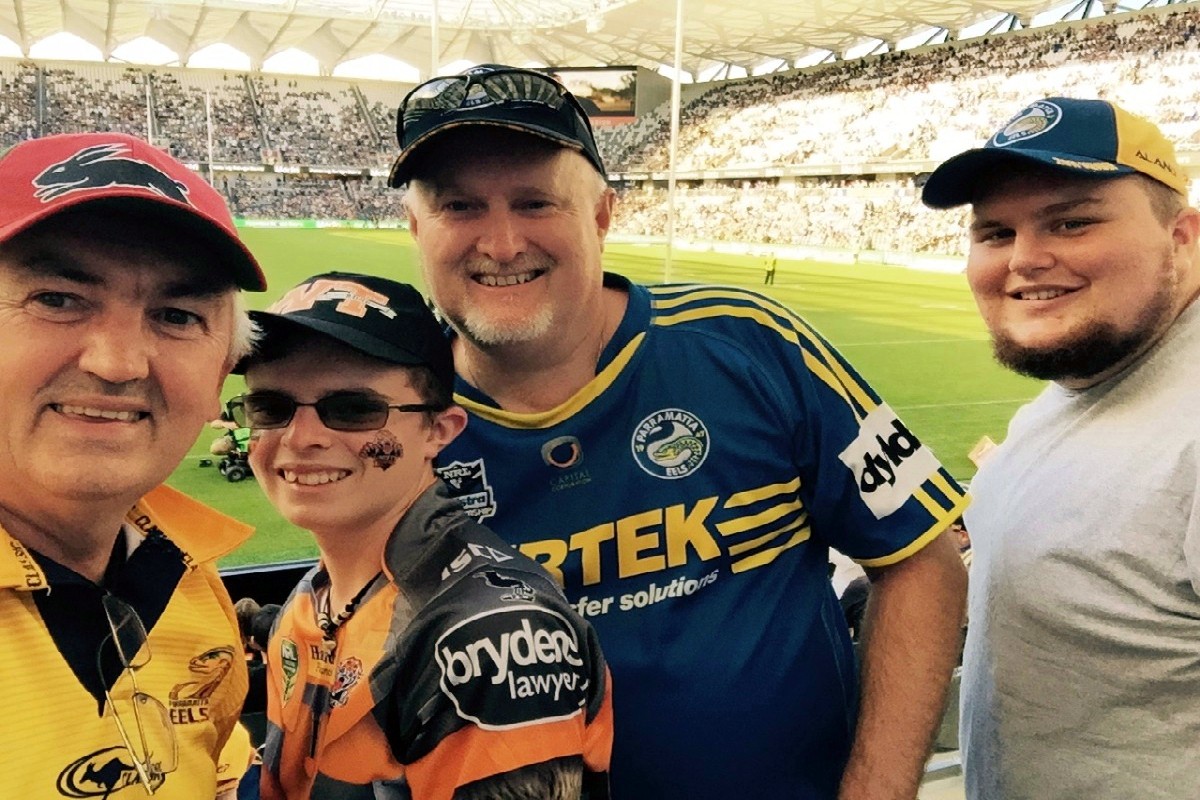 I’ve always had a soft spot for the Parramatta Eels.

As a kid growing up the outer western suburbs of Sydney, we lived roughly halfway between Penrith and Parramatta.

I adopted the South Sydney Rabbitohs as my team, and my dad would regularly take me into the Sydney Cricket Ground to watch Souths play in the Match of the Round.

But mostly, I’d go to Penrith Park, or the old Cumberland Oval whenever Souths played either Penrith of Parramatta.

Mum and Dad took me to the first game that Penrith ever played in the NSWRL way back in 1967.

I had a mate at school who was an Eels fan, so I would go to a lot of games at Cumberland Oval.

I was at a game between the mighty Bunnies and the lowly ranked Eels once.

South were favoured to win, but the Eels put in a mighty effort in a very close game.

We were sitting behind the goal and late in the game Eric Simms had a kick at goal that would win us a game we probably didn’t deserve to win.

I watched despairingly as the ball shaved the outside of the upright, and dropped my head.

All hell broke lose when the referee awarded the goal.

I thought there was going to be a riot as the Eels fans vented their frustration at another loss.

So I had a soft spot for the Eels.

In 1977, when they played out a 9-9 all draw with St George in the Grand Final, I decided to get tickets to the first ever grand Final Replay.

By then I was living on the Central Coast, and tickets went on sale at 9.00 am on Monday morning.

No such thing as Ticketek, online or even buying tickets over the phone.

You had to line up at League HQ in Phillip St, Sydney.

So there I was, on the first train out of Gosford at some ridiculous hour in the morning.

4 am I think, so that I could spend 2 or 3 hours in a queue that already stretched 100 metres down Phillip St to get tickets for another mate of mine and me .

We watched on in horror as the Dragons tore the Eels apart, winning 22-0.

And so the old Cumberland Oval bit the dust in 1981, the same year Parramatta broke their premiership drought after 34 years.

Excited fans actually burnt down the old grandstand after the grand final.

And so, on April 22, 2019, I headed off to the opening game at the new Western Sydney Stadium, resplendent in my borrowed Parramatta jersey (I still wore my Rabbitohs cap), and cheered as the Eels demolished the Tigers 51-6.

As we entered the ground, they were handing out souvenir “Welcome Home” flags, which I took.

It found it’s way to the boot of my car, where it stayed for several months.

My wife’s aunty Joan died, and at the funeral it was mentioned several times what a huge fan of the Eels she was.

I thought it might be a nice gesture to offer to place the Eels “Welcome Home” flag on her coffin, which her family agreed to.

Last week, my mate who took me to the game told me that the “Welcome Home” flags are going on ebay for up to $120.

Not a bad profit for a free flag.

And my flag is sitting on top of a coffin, 6 feet under.

So, does anyone know the penalty for digging up a grave? Asking for a friend.

CHECKOUT: Proud moment for Proudfoot too!