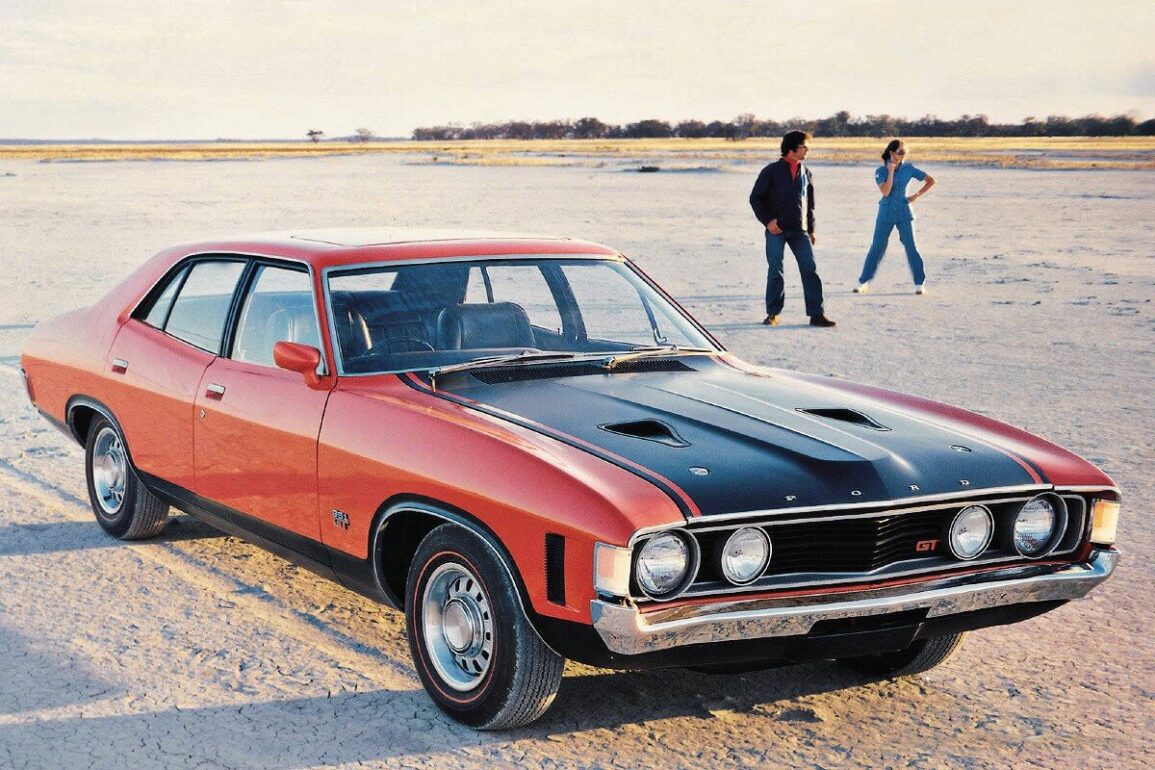 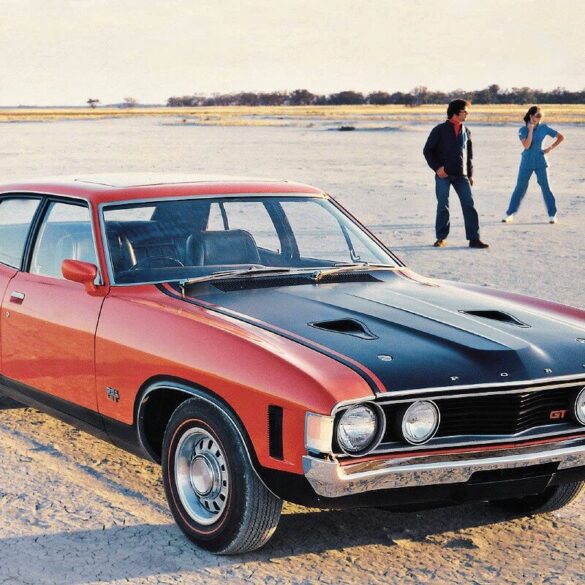 March 1972 marks the 50th anniversary of the XA Ford Falcon.

It was a milestone car in Ford Australia’s history, being the first of these models to be completely designed and built in this country.

As always, the back story to how the XA went from design to driveway is as interesting as the car itself.

Back in late 1967 Bill Bourke, Ford Australia’s Managing Director, could see that the US Falcon, on which all Australian models to date had been based, had a limited life span.

The aging model was scheduled for termination in the USA at the end of 1969 because of its inability to meet America’s 1970s safety requirements without a total and expensive re-engineering.

The decision actually played into Bourke plans, because he realised that if Ford was ever to gain market leadership in Australia, an “All Australian” was needed.

Without an American Falcon, it freed him and his team to design such a car.

In early 1968 Bourke and his local styling boss Jack Telnack and two of Jack’s team, Brian Rossi and Allan Jackson, along with the Falcon product planning team, started to evaluate the possibilities for this all-Australian Falcon.

It was planned for release in early 1972.

Because Knudsen had to sign off on the car as it progressed through its design phases, he decided that rather than fly out to Australia every six to eight weeks to review progress, he requested the Australian design team to go to Dearborn and work on it there.

This offer was a unique opportunity for the young team, all just a few years either side of 30 — to showcase what could be done in Australia.

The designers roughly knew what they wanted the car to look like before they jetted to the USA.

Meanwhile, in Dearborn, it was decided that a small team of Americans would also develop their version of the Falcon in order to provide an alternative design.

The final American proposal for the XA featured a zig-zag line of creased metal down through the rear door, similar to what appeared on the 1972 Torino.

The Australian proposal featured smoothed flanks and a simpler design that acknowledged the manufacturing capabilities at Ford Australia.

Both were reviewed by Knudsen and Bourke outside in the Ford design courtyard. The date was July 2, 1968.

After some discussion with Bourke, Knudsen turned to the Australian team as said “Okay, you guys know what’s going on there, so I approve it.”

From then on it was a matter of refining the shape and beginning the real work of converting a clay model into a fully functioning car that would sell in Ford dealership across Australia.

The overall strategy with the XA was to make it look bigger and offer visibly more value than the HQ Holden at a similar price point.

Although the car appeared longer than the HQ, it was actually one inch/25mm shorter.

The impression of more sheet metal for your money allowed Ford dealers to refer to HQ as looking “small”.

Ford’s six-cylinder engines were larger and more powerful than Holden’s on a model-by-model comparison, giving dealers another bragging opportunity.

Ford slotted the semi-luxury Futura in between the base Falcon the up-market Fairmont.

Holden had no similar model, and Ford was able to steal sales from the market leader.

The interior featured seats that were plusher and more contoured than what Holden gave its buyers.

The driver sat behind an impressive wrap around dashboard which conveyed a distinct sense of being in command.

Ford’s design team and planners wanted the XA to have a visibly wide and road hugging stance.

They did not want the XA to look under-tyred, as happened with VH Valiant.

It was achieved by widening the XY model’s track by 1.5 inches/38mm, front and rear, and tucking-under the lower half of the body and fenders to reveal the tyres.

All of this fed into Ford’s “Great Australian Road Car” marketing theme, which had started to take over from the “Mustang Bred” theme of the XR-XT models.

The car was a success and established the foundation on which Ford built its market leadership in Australia.