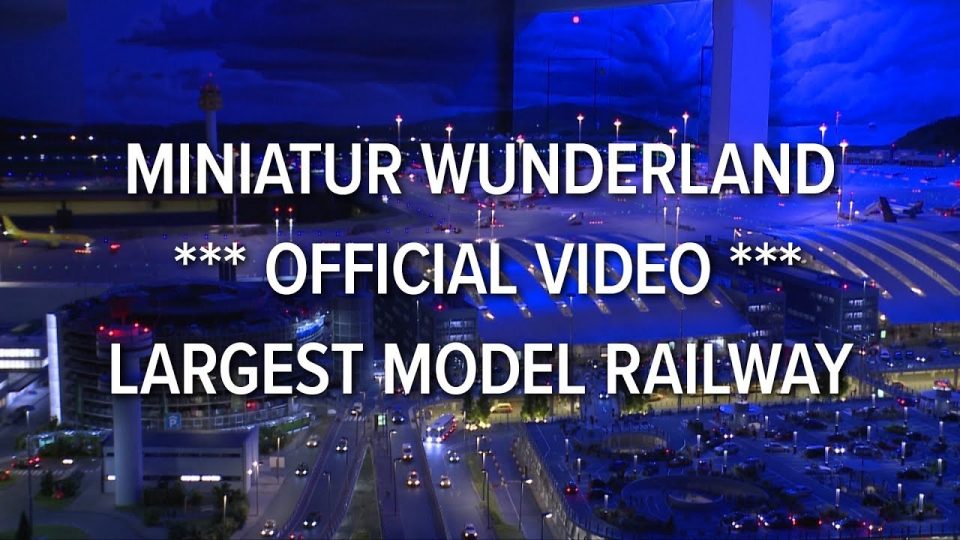 Has anyone seen this gigantic train set in the flesh?

Miniatur Wunderland is a model railway located in Hamburg, Germany.

It’s the largest train set of its kind in the world and is located in the historic Speicherstadt district of the city.

The brainchild of twin brothers Frederik and Gerrit Braun, construction started in December 2000.

The first three parts – Knuffingen, Central Hamburg and Austria – had been completed by August, 2001.

In 2012 a series of dioramas was also added, depicting life in various periods of German history.

The HO scale track is divided into nine sections: Harz, the fictitious city of Knuffingen, the Alps and Austria, Hamburg, America, Scandinavia, Switzerland, a replica of the Hamburg Airport and Italy.

Special features include a simulated daily routine where twilight, night and day repeat every 15 minutes.

This includes an automatic lighting control system that activates more than 300,000 lights to match the time of day.

The 120-square-metre fantasy town of Knuffingen, with a population of about 6000, is equipped with more than 100 moving model cars, including numerous fire engines, which are used to simulate a firefighting operation in Knuffingen every 15 minutes on average.

During the final construction phase at least 10 new sections will be added covering a further 2300 sq m.

To date the complex owes the operators around 5.2 million Australian dollars and 760,000 construction hours.

Planning is also underway for the construction of sections covering France, England, Africa and even Australia.


Currently under construction is Monaco (with the Formula 1 circuit). Then it’s on to South America which will occupy a neighbouring building, with a bridge built joining the two

How good is this Sydney beer?

Other projects include Central America/Caribbean and Asia.

I reckon they should add a Thomas the Tank Engine and the Island of Sodor to the exhibit for the littlies?

What’s another few trains? What do you reckon?