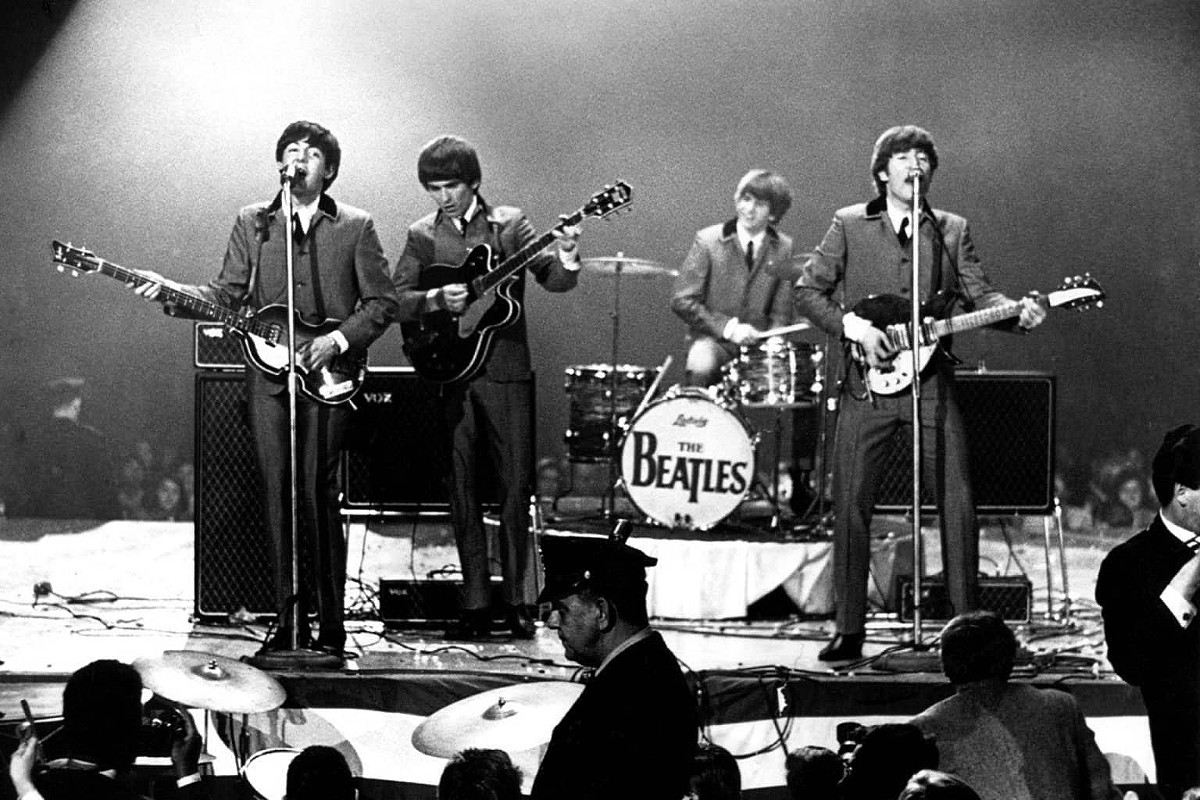 Beatles belted it out in mono

Home
Toy stories
Beatles belted it out in mono

Nowadays we can go to a movie and hear missiles whizzing past our left ear, starships flying overhead, or a dinosaur’s menacing growl from behind us — but it hasn’t always been thus.

In the early part of their career, The Beatles sold millions of singles and albums that were released in mono. The guitars and vocals came from directly in front of us and there was no real sense of anything from the left or right or behind.

It wasn’t until a few albums in that The Beatles could showcase their immense talent. Aided by the genius George Martin, stereo music and effects became a staple of their style.

The early part of the 1970s saw the rise of quadraphonic sound. 4-4-4 means a four-channel transmission, reproduction and speaker set up.

Somewhere in my family’s record collection is a 4-4-4 version of the 1812 Overture. Imagine, if you will, the sounds of cannon firing in the front and rear left and right speakers. That’s quadraphonic sound.

Movies themselves were released in mono and eventually in stereo. Perhaps the most notable of these is Walt Disney’s 1940 masterpiece, Fantasia.

The company’s sound engineers devised a way to take monaural sound and spread it across two or more speakers. They also increased the range of sound available in order to provide audiences a far better symphonic experience.

Low frequency sound effects were used in a film called Earthquake. Although the movie itself was largely forgettable, the innovative use of what is called subsonics added to the experience by having moviegoers “feel” the earthquake.

An early attempt at surround sound for movies came along in 1977, with the apocalyptic disaster film, Damnation Alley. Logically called Sound 360 it consisted of a centre speaker behind the screen, the standard left and right channels, and a large full range speaker at the rear of the cinema.

Then Star Wars came along and changed everything. In the first few minutes we were treated to the sound of a huge, monolithic spaceship coming from behind, going over our heads, before chasing the ship that housed the gorgeous Princess Leia and a couple of robots.

A similar yet enhanced version of Sound 360 was called Megasound, and was used in only a few films such as Superman 2 and Altered States. This involved more speakers and a soundtrack that was broader in range. Part of the process was literally called the boom, employing discrete low frequency speakers to add more weight to a crash or explosion.

The humble home stereo soon had options for inputs from outside, rather than flicking a dial to select radio or turntable. Then Dolby Pro-Logic came along and started the revolution off in regards to surround sound.

Originally a four-speaker, three-channel, reproduction setup, with the front speakers playing both the centre and the left and right channels, and a mono channel through the two rear speakers, it morphed into a four-channel system with the addition of a centre front speaker. Quickly this became a modern version of the quadraphonic system with discrete channels for all five speakers, then the term 5.1 was born.

The .1 means it’s the bass sound or subsonics of a movie soundtrack, which is generally 10 per cent of the whole mix — hence the point one.

A competitor to Dolby — DTS or Digital Theatre Sound — came along. Known for offering an alternative way of reproducing sound, in a way that gave more depth and range, DTS also found a home in music. DTS encoded CDs allowed recording artists such as Talking Heads to release an album in both stereo and the now generically recognised “surround sound” formats.

The very late 1990s and early 2000s saw a war for your dollars, with SACD (Super Audio CD) and DVD-Audio formats competing against each other. Both offered high resolution sound and not necessarily in surround sounds.

As per usual, much like 3D TV, the consumer enjoyed a short win before they effectively cancelled each other out. However a canny buyer will be able to find either format available, albeit at a price.

Surround sound amplifiers though do offer the ability to “matrix” the stereo into a pseudo surround sound format. This brings back to the listener the option of listening to Janis Joplin, Louis Armstrong, The Eagles, INXS, in a way that literally surrounds the listener and envelopes them in an aural landscape.