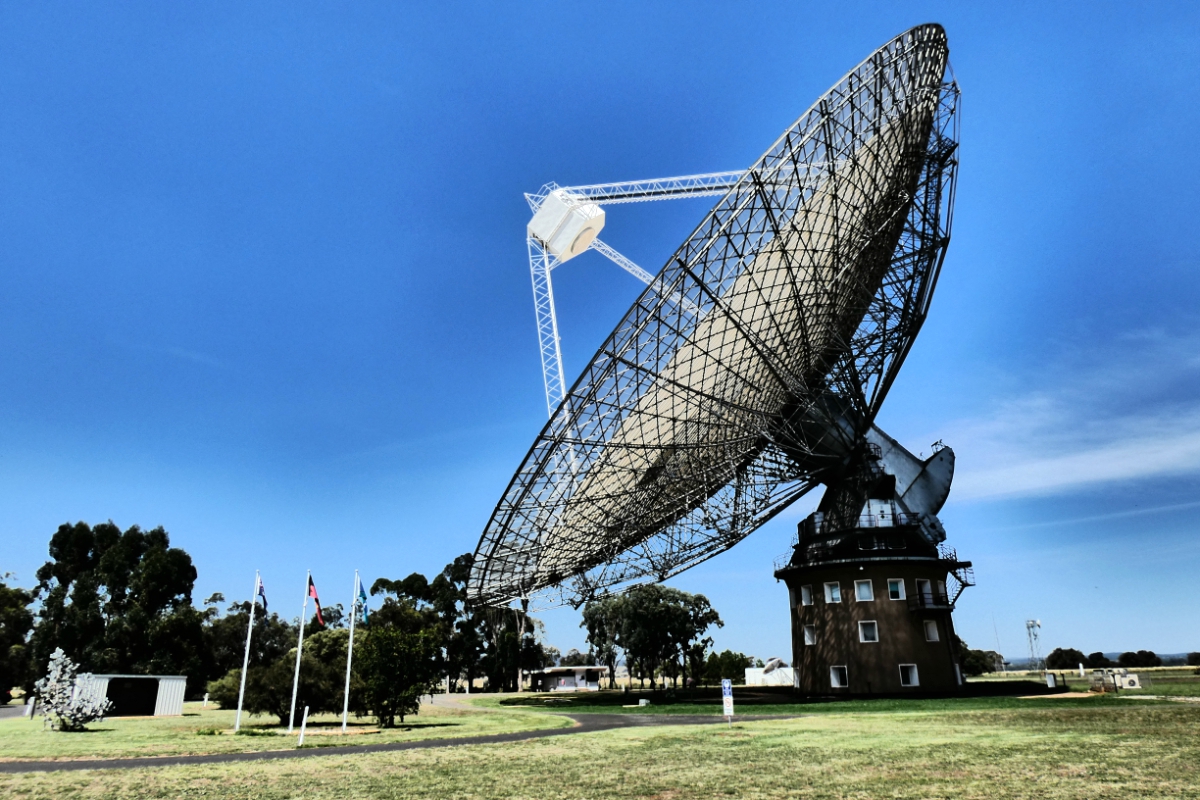 Day 13. Here we are in Parkes, about 350km west of Sydney, home to The Dish and host to the Elvis Presley Festival which attracts thousands of fans.

If ever a town can claim to have successfully reinvented itself — it’s Parkes.

It all started with the Elvis Festival held every year in January to coincide with the King of Rock N’ Roll’s birthday.

Now in its 29th year, a train is laid on by Transport NSW and fans dress up in celebration of a life cut short, with more than 200 events across five fun-filled days that attracts 25,000 people.

As the Elvis festival gained momentum, along came the film, The Dish, in 2000, a dramatic account of the role played by the Parkes Radio Telescope in the Apollo 11 Moon Landing in 1969.

Based on a true story, the film revisits one of the greatest achievements in modern history, at the same time taking a sometimes comical look at the cultural differences between Australia and the US.

The Dish was written by Santo Cilauro, Tom Gleisner, Jane Kennedy and Rob Sitch, as well as being directed by Sitch.

If you’ve never caught up with the film, it’s a cracker.

As a result of the publicity the impressive, 64-metre Parkes telescope has become a mecca for tourists.

The telescope took 2.5 years to build and was completed in 1961.

The crane used in its construction was the largest in Australia and was later used to build Sydney Harbour Bridge.

The telescope operates 24 hours a day, weighs 1000 tonnes and takes 15 minutes to complete a full circle.

About 20km out of town, it’s a sight to behold, with some cool 3D video presentations available to view and a terrific souvenir shop.

Take a few minutes to grab a coffee and soak up the ambience cast by its shadow.

We can recommend the super moist, gluten-free orange almond cake which hits the spot.

Can’t say we’re into Elvis, but I was surprised to learn most of the items on display at the visitor centre are owned by Yellow Wiggle Greg Page.

Page, who made headlines when he suffered a heart attack on stage in January this year, apparently owns the fourth-largest collection of Elvis Presley memorabilia in the world.

Reportedly worth $1.5 million, he donated the lot the Parkes museum in 2008.

Next to the Elvis museum, wouldn’t you know, is another small car museum.

Some highlights of the display include a 1980 NRMA breakdown van, Woody Morris Minor wagon (my parents had one), and some great 1930s and 40s coupes.

Parkes, who died in 1896, is regarded as the “Father of Federation” which saw the states amalgamate to form the country we know as Australia in 1901.

The town changed its name to Parkes after the five-time NSW Premier visited here in 1873.

Many beautiful old buildings can be seen in and around town, with its jacaranda-lined streets, including the Old Convent which in which we stayed.

There also seems to be something of a space them with the naming of motels, with names like Apollo, Moonraker, and Astro Dish — not to mention Gracelands.

The 11-bedroom building dates back to 1910 and was home to two orders of Catholic nuns before it was finally retired and sold in 1983.

In fact, it’s currently up for sale. The current owners Colin and Judy Wilson have decided to call it quits after 27 years.

More to come tomorrow as we prepare to embark on our final day on the road.