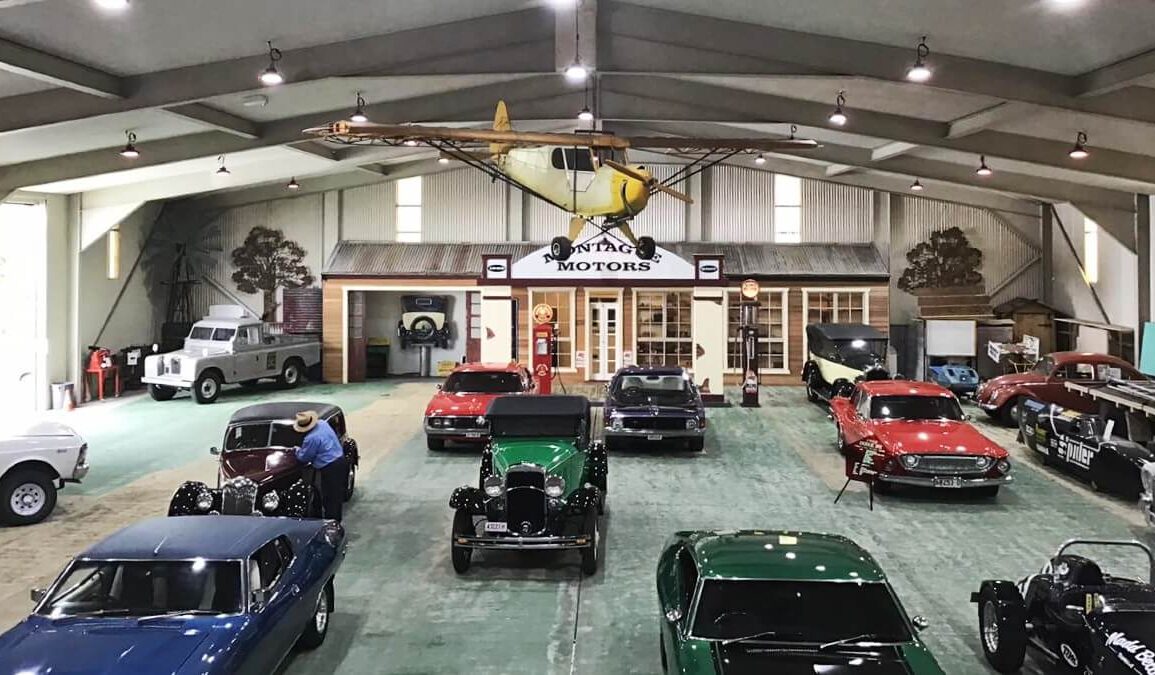 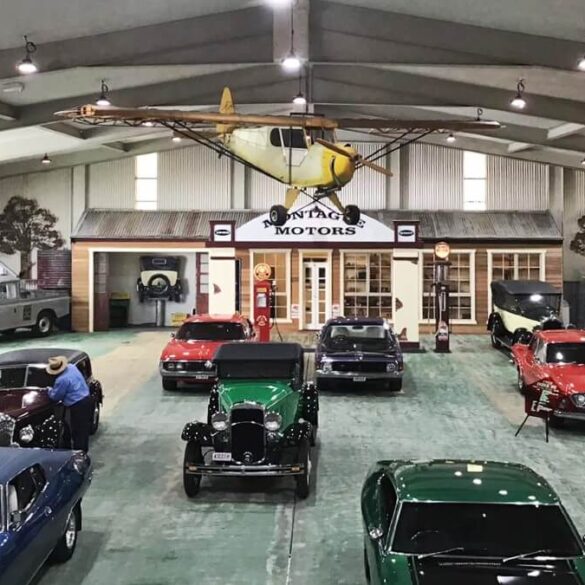 THE NSW town of Cooma is well-known to any Australian skier as a gateway to the ski-fields of the Snowy Mountains.

At least if you are coming from Sydney, Canberra, or the South Coast.

Located 400km south-west of Sydney and 116km south of Canberra, it offers plenty to interest travellers as a destination, or a stop-over if you are heading to the mountains for winter or summer action.

Now, however, there is one more attraction which will be of particular interest to anyone who loves cars: Australia’s newest car museum.

A long-held dream of the members of the Cooma Car Club, the Cooma Monaro Historic Automobile Club Inc Museum was opened in February this year and it’s a treasure trove of vehicles well-known to any baby boomer who has followed cars and motorsport in Australia since the 60s and 70s.

Marques include Ford, Holden and Valiant, with favourite – and famous – models including Falcon GT and GTHO, Torana GTR, XU-1 and SLR 5000, and the Charger.

While several are ‘Cinderella’ stories in terms of the state they were in when first discovered compared to the way they look now, the SLR 5000 was a true ‘barn find’ 10 years ago.

The chicken manure-embellished wreck was stored in a shed and used to ferry hay out to horses in the surrounding paddocks until rescued and restored.

However, the stars of Australian motorsport history are not the only vehicles in the museum.

The regular display of around 30-40 cars will also include Buicks, Chryslers and Jaguars – and unique vehicles such as a 1924 charcoal-powered Dodge Flying Four, the Italian-designed BMW Isetta ‘bubble car’, and a rare land-and-water-going Amphicar.

There are also several motorbikes on display, including a land-speed record holder that posted a speed of 430km/h in 1986.

All the vehicles are owned by members, and many have been lovingly restored by them.

The museum will play ‘home’ for them, unless they are needed by their owners for one of the car club’s activities, some of which raise funds for charities in the region as well as for the club.

Visitors to the museum will also be impressed by the reproduction of a 1950s-style petrol station which has been named Montague Motors after the late Keith Montague, a former life member of the club who shared the vision for the facility.

At the other end of the display area is a replica of a diner from the same era.

The diner is fully operational, the ‘servo’ is not.

Upstairs, the mezzanine floor houses displays of model cars and memorabilia, as well as photos, trophies and newspaper clippings from bygone eras of the club’s activities and those of its predecessors.

The clubhouse that is home to the new museum was opened in November 2016, after being bought as a rundown gym and indoor cricket centre in 2009.

The club borrowed the money for the purchase but paid it off in five years.

In the years since, many members have utilised their workday skills to contribute to the renovation and restoration.

Much of the funding for the work came from a grant through the Stronger Country Communities Fund which was part of a $400 million package being distributed across regional NSW.

It’s the latest step in a long history of car clubs and competition in Cooma.

Among the early clubs formed in the 50s and 60s was the Mutual Aid Car Club started by employees of the Snowy Mountains Hydro-Electric Authority (SMHEA).

Another popular club was the Cooma Citizens Car Club which focussed on rallying.

It regularly hosted a round of the NSW Rally Championship, while the Cooma Auto Racing Club was formed in 1969 to promote dirt track stock car racing.

Cooma Car Club now has 240-plus vehicles on its books, with the 185 members coming from Cooma, Berridale, Jindabyne, Bombala, and other towns around the region.

Since the official opening of the museum, Car Club president Rogan Corbett (pictured above) has been approached by several people now keen to lend their cars to be displayed.

“If that keeps up, we’re gonna need a bigger shed!” he laughs.

“We thought we had a pretty good range of cars thanks to the generosity and support of our members, but it turns out there are more interesting vehicles around the region and it’s great to know that even non-members want to lend them to us for everyone to enjoy.”

The Museum is at 11 Bolaro Street, Cooma, the next street on the highway past the Snowy Hydro Discovery Centre.

It is open every Tuesday from 9am to 1pm and the first Saturday of every month from 10am to 3pm.

Car clubs and other groups are welcome by appointment, with bookings through the Cooma Visitor Centre on 1800 636 525.

If you’re a true aficionado, try to time your visit for a Tuesday morning when many of the club members/car restorers are likely to be on hand because it is club day.

On Saturdays, there are often visits by other car club members, with their vehicles.

With long-time connections in the area – and in the car club itself – I was fortunate enough to be invited to the official opening of the museum.

I had seen it several times during the development phase but was bowled over by just how much this small band of car enthusiasts have put into the building and the displays.

It is extremely well done.

It’s also exciting to know that it won’t be a static situation; there are plans to include more displays and more events, so it is worth following the club’s Facebook page (https://www.facebook.com/coomacarclub) and website (https://www.coomacarclub.com.au/) to see what is on offer.

CHECKOUT: Put these car museums on your bucket list