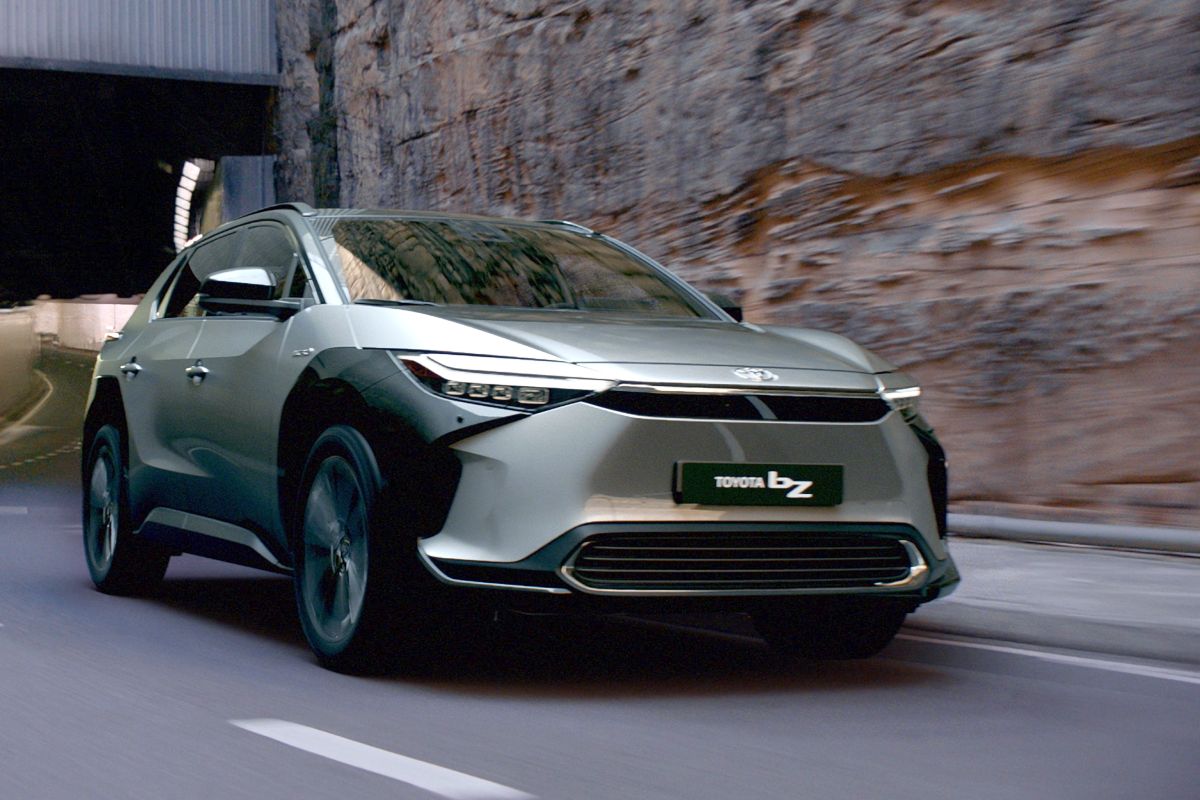 Maybe it was the announcement that BMW has just produced its 1 millionth electric vehicle.

Or maybe it’s because the whole hydrogen fuel cell thing isn’t panning out quite the way it had hoped.

But Toyota has taken the wraps off plans to build 16 battery-electric vehicles, with an investment of almost $100 billion Aussie dollars in carbon-reducing and carbon-neutral vehicles and technologies — between now and 2030.

The 16 new battery-electric vehicles (BEVs) shown are among 30 new BEVs that Toyota plans to roll out by 2030, delivering a comprehensive lineup of electric passenger-cars, SUVs and commercial vehicles.

During an event at Toyota’s Megaweb showcase in Tokyo, President Akio Toyoda announced a new BEV sales target of 3.5 million a year by 2030 — an increase of 75 per cent on May’s projected 2 million BEVs.

Half of the investment funds will be devoted to research and development and capital expenditure for BEVs, while the other half will be dedicated to hybrid-electric (HEV), plug-in hybrid-electric (PHEV) and fuel-cell electric vehicles (FCEV).

The total includes almost $25 billion to accelerate the development of more-advanced, high-quality, and affordable batteries — 30 per cent more than that announced as recently as September.

First cab off the rank the bZ4X which has been jointly developed with Subaru.

Mr Toyoda said Toyota will not only add battery EV options to existing vehicle models, but will also offer a full lineup of reasonably priced mass-production models, such as the bZ series — to meet the needs of all kinds of customers.

“We can position batteries and electric motors to bring more freedom to battery EVs,” he said.

“This freedom will allow us to be more attuned to our customers, such as by meeting the various needs of different regions, the various lifestyles of our customers, and, when it comes to commercial vehicles, everything from long-distance transport to last-mile delivery.”

Energy plays a critical role in achieving carbon neutrality and, at this stage, the energy situation varies greatly from region to region.

“That is exactly why Toyota is committed to providing a diversified range of carbon-neutral options to meet whatever might be the needs and situations in every country and region.

“It is not us but local markets and our customers who decide which options to choose.”

The five vehicles in the Toyota “bZ” (beyond Zero) series:
• bZ4X (global launch in 2022 with Australian timing to be confirmed),
• Mid-size SUV (with styling that represents “a new era for BEVs”),
• Small SUV (compact size intended for Europe and Japan),
• Mid-size sedan (meeting customer expectations for a first car),
• Large SUV (with available third-row seats).